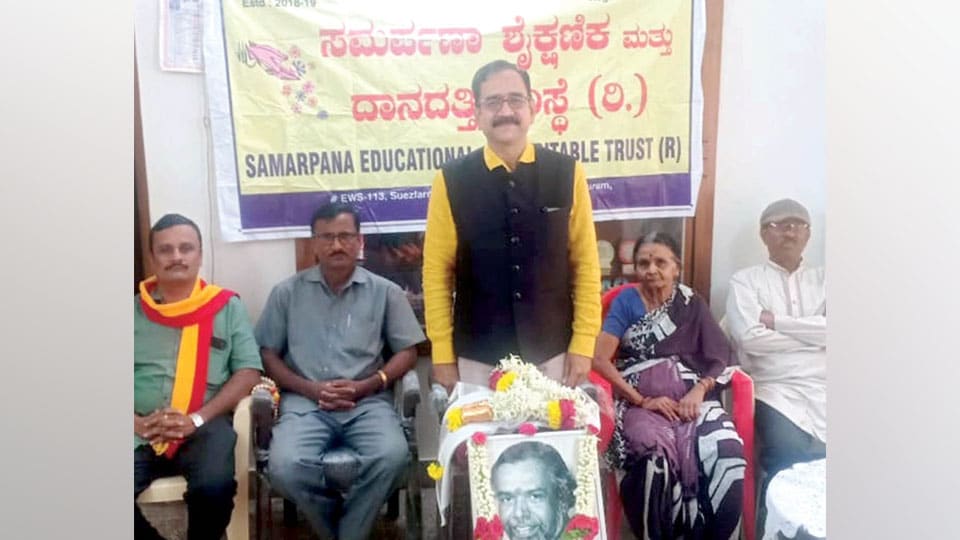 Dr. A.D. Srinivasan, Professor of Electrical and Electronics at Sri Jayachamarajendra College of Engineering (SJCE), who inaugurated the programme by offering floral tributes, said that Puttanna Kanagal was a very brave and committed Director who had a clear vision on many social issues.

He further said that Puttanna was also a script writer and had directed more than 24 films starting from ‘Bellimoda’ (1967) upto ‘Masanada Hoovu’ (1985).

He recalled that Puttanna used to do many petty jobs like cleaner, salesman etc., during his early days in the film industry. He recalled that veteran Tamil and Telugu Film Director late K. Balachandar had treated him as his ‘Guru’.

Retired Kannada Professor of JSS Educational Institutions M.S. Shivalingaswamy, who was the chief guest, said that Puttanna Kanagal was a genius Director and his films are evergreen.

Rajendraprasad Honnalagere, Treasurer of the Trust, who presided over the function, regretted that young generation were being influenced by western culture and advised them to adopt the values and messages hidden in Puttanna films.

Trust’s Hon. Secretary M.S.Balasubramanyam, member Bhagyalakshmi and others were present on the occasion.