Home » Feature Articles » A crisis in the making 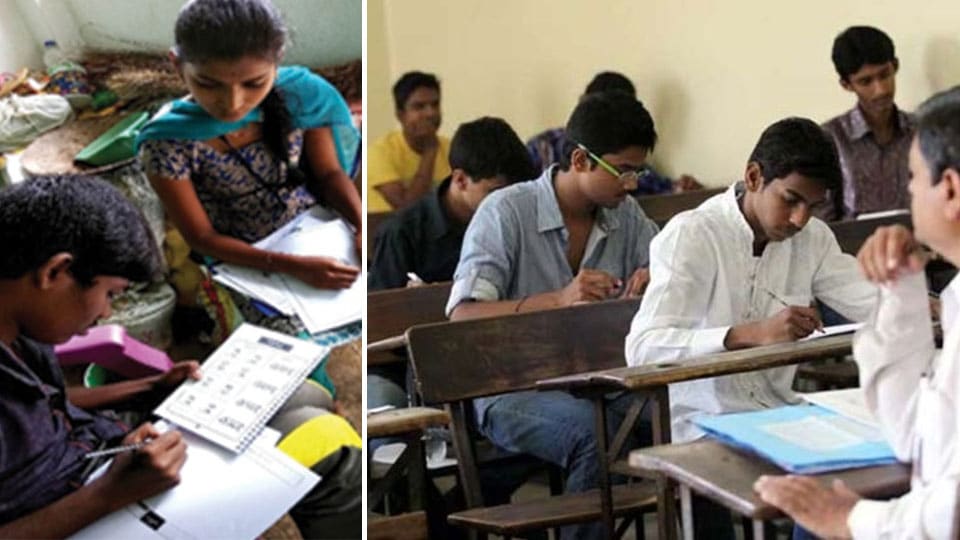 A crisis in the making

Adam Smith, the 18th-century philosopher who is considered the father of modern economics, observed that the wealth of a nation is not merely that which is measured in terms of precious metals or other forms of tangible assets, but its productive capacity to expand the markets.  What he implied was the potential and the ability of its people to produce goods and services to create wealth.

Though his theory was enunciated more than two-and-a-half centuries ago, it holds good to this day – probably even more so. Unless the people of a country are skilled, qualified and able-bodied, economic wealth can neither be created nor sustained.  India is a country of 1.3 billion people. The average age of the majority (64%) of its people is less than thirty years, making it the youngest country in the world – an age which is considered as most productive.  But are our people physically fit with adequate nutrition, basic education and skills to be productive and compete with other economies of the world?

It is in this context that one needs to examine the findings of the 2017 report released by NGO Pratham’s Annual Status Education Report (ASER) based on a nationwide sample survey — a survey to evaluate the status of education of the youth in rural India. Consistently, surveys have revealed that our education system focuses on rote learning rather than comprehension, critical thinking and problem solving.  There is little room left for creativity.

Pratham’s reports have repeatedly expressed concerns about student learning outcomes, teacher training and curriculum quality.  Most of the resources and research have been directed to increasing enrolment of students into schools than improving the quality of education.  But the findings have not resulted in any major policy change by the governments to improve the quality of education.

The 2017 Pratham survey however, focused for the first time on the youth between the age group of 14 to 18 years – the age group that is getting ready to enter the job market.  The survey examined 30,000 youth in 25,000 rural households in 28 districts in 24 states.  In Karnataka, the survey was conducted in 60 villages with the help of the University of Mysore.

The percentage of youth who could read a class 2 level text books in Kannada was 72.9% only.  In other words, one in four young people could not read a level 2 lesson in their own language. Only 55% could read a few sentences in English. While majority were conversant with operating a mobile phone, over 57% struggled to do a basic division sum.  Even more shocking, 14% could not identify the map of India, 36% could not name the country’s capital. 21% could not tell the name of the State they lived in.

While the Central and State governments have been stressing on moving to digital transactions in a big way, the ground reality showed otherwise.

As per the survey findings, only 20.2% of them have used an ATM while only 6.3% have tried Internet Banking. Digital literacy is seen as a tool to unlock opportunities in today’s world.  But the percentage of people who have used Internet is a paltry 18% and those who have basic knowledge of computers is less than 17%. But 66.5% of the youth have used mobile phones.

Youth not engaged in work due to lack of employable skills or whose aspirations remain unfulfilled are prone to resort to anti-social activities and even crime for a living.  This is evident from the reports one reads about groups of youth termed ‘fringe elements’ who resort to violence at the behest of their masters.  It may not be wrong to deduce that these groups are just unemployed youth whose services are available for a price.  And these numbers are growing by the day.

Let us also not forget technology is making rapid strides.  Machines are fast replacing human beings at workplaces.  Given a choice, industry will prefer automation to human beings who come with innumerable challenges.  Machines are more dependable in terms of discipline and productivity. They work 24×7 without a break and don’t fall sick or go on a strike.

The government needs to come to grips with the gravity of the situation and make course corrections. Political leadership, industry and labour must brainstorm on an urgent basis to find a way forward.  A new thinking needs to be initiated to address the problem from all angles.  Not just in terms of education and skills to the youth but also to contain the rapid raise in our population.  Not knee-jerk short-term solutions but a long-term realistic plan to avoid a crisis situation.

It is comforting to note that Government of Karnataka like a few other States in the country has invited NGOs with experience and expertise in the space of primary and secondary education to join hands to improve the quality of education in govt schools.  However, much depends on the rank and file in the teacher fraternity to collaborate and implement the new methodologies and learning content both in letter and spirit. Pratham too is one such partner in the cause.

However small this collaboration may appear, a beginning has been made.  There is a long way to go before tangible results can be seen.  More and more such collaborations and initiatives are required to equip our young to lead a gainful and respectable life.  Failing which, the demographic dividend which we are gifted with will soon become a bane than a boon.