Home » Gallery » Photo News » A date with leopards at Bandipur 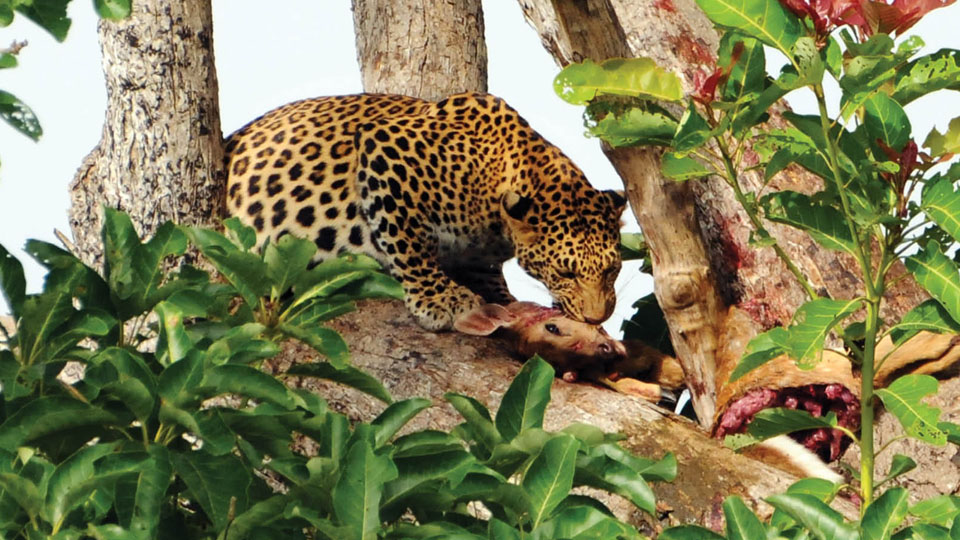 A date with leopards at Bandipur

Tourists and wildlife enthusiasts had a very rare sight at Bandipur on May 31 where they spotted three leopards on a single tree.

The elusive feline is not usually seen in groups and the animal is a loner and even while hunting, it is alone. While one leopard was seen eating a deer on top of a tree after it caught the prey using its incredible stealth from the middle of a herd, the other two leopards were perched on the same tree as if they are waiting for the ‘master’ to finish his share so that they can have a few bites. 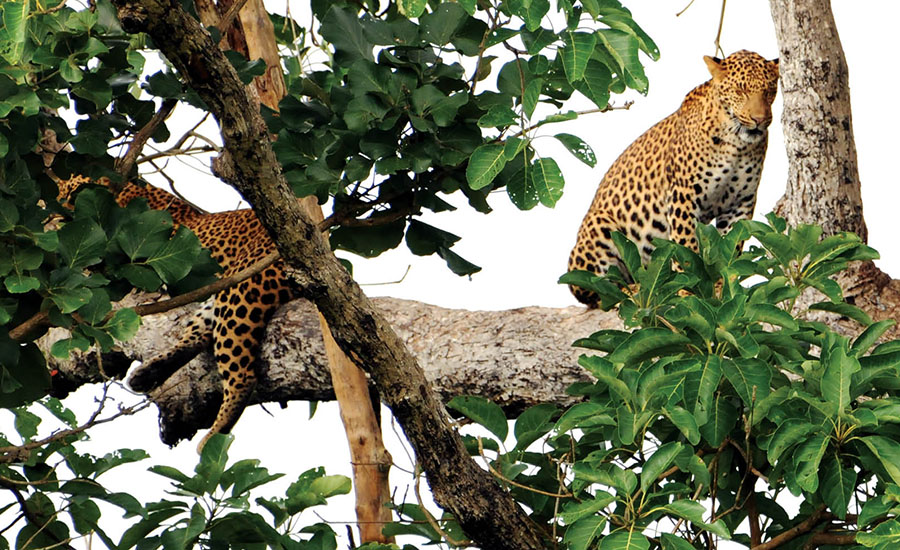 Leopards are expert tree climbers and their body is built in such a way that it can propel itself into very high places. If a leopard does not bother to hoist its kill into a tree, it risks losing its meal to other predators.