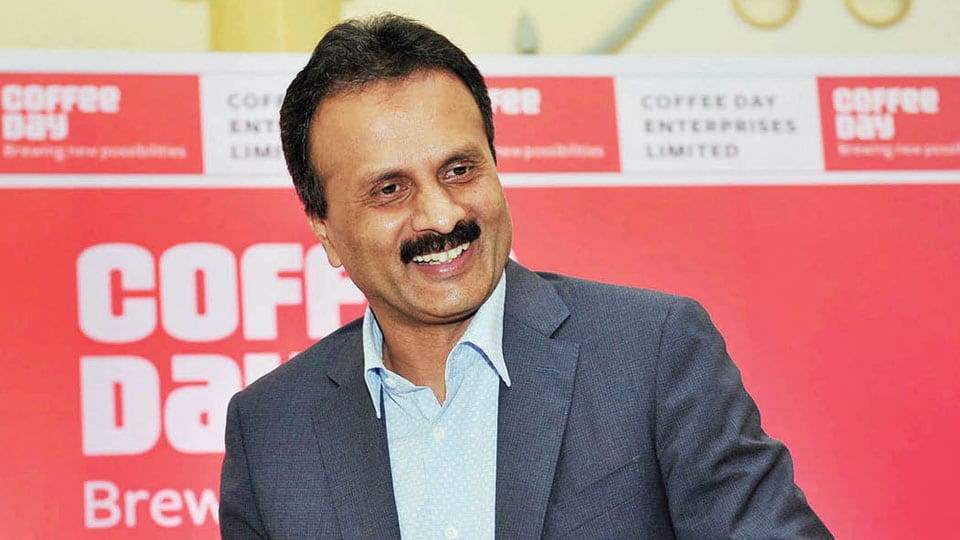 A Sad and Needless Death !

I feel that in the sad and untimely death of V.G. Siddhartha, we have lost a very dignified and respectable man who was much loved and admired although sometimes also envied in plantation and industry circles. The circumstances leading to his premature death and the obvious and unseen forces behind it have all been the only topic of discussion across the country over the past three days. His family members and friends bemoan their loss and blame our banking and taxing system as the main cause for it while our bankers and tax collectors justify their seemingly stern stance as a part of their duty.

It is a different matter that we have all seen them adopting shamefully lenient and cowardly stances on many occasions before more powerful defaulters who have with a ‘devil may care’ attitude asked them to go to hell with their demand notices!

All people who knew Siddhartha and even those who did not, agree that we have lost a very good human being who had done much good to thousands of families across the country by creating jobs that suited their abilities and qualifications through the coffee plantations, coffee shops and software parks that he established. He was also seen as a man who was a very rare combination of two things that usually do not go together — inestimable wealth and utmost humility. Yes, that was his image in the hearts of all those who knew him as a person.

Though I did not know him personally, I cannot help feeling that with his exit we have lost an industry wizard who despite his phenomenal achievements had perhaps not yet shown us what else he had up his sleeve. I say this because even as his economic downfall began about two years ago, perhaps without him realising it, he was poised to take his performance to an altogether higher philanthropic level.

Among the many other plans and projects he had envisaged, he had performed the ground-breaking rituals of his fondest dream. The dream of giving a completely free, high-tech heart hospital to the people of Chikmagalur, the district had given him everything that he needed to grow up from being just the already rich son of a rich father into the business icon who completely transformed the face of the district.

While most people may say that Chikmagalur, the place from which I too have drawn every drop of my nourishment all the way up till I became a fully fledged doctor, is quite rich in every way, I beg to differ. I say this because while Chikmagalur may be rich in every other sense it still continues to remain one of the poorest and therefore one of the most backward places to live in simply because it does not have even the barest minimum medical facilities to treat any kind of heart problems. And, as all of us know, heart problems are the ones that give us very little or almost no time to stabilise a patient and treat him or her within what doctors call the ‘golden hour’ which can   make the difference between life and death.

As a doctor I don’t think I would be wrong if I shrunk this golden hour to a golden ‘half hour’ for heart attacks as this time-frame makes a much greater difference to the survival and useful recovery rate. Only when a very efficient cardiac team gets to work within this time-frame with clockwork coordination on a patient at a well-equipped cath-lab or cardiac operation theatre can we expect really good outcomes. In medical parlance, this is called the ‘door to needle’ time which refers to the time that elapses from the time the patient is seen and the time the intervention team gets to work.

The shorter this is the better are the chances of the patient surviving and also making a recovery that lets him or her lead a normal or near normal life. Any delay, even if it beats death may still lead to a loss of cardiac function due to greater death of cardiac muscle that may leave the person alive but still unable to manage life without much huffing and puffing. That is why we routinely see better outcomes for all cardiac events in our large cities with good treatment facilities as compared to smaller cities and towns that lack them.

It is a different matter that these days even in our large cities we may be losing more lives due to our high-tech ambulances being helplessly stuck in traffic jams!

As things stand today, in all cardiac emergencies, patients of Chikmagalur and the surrounding areas have to necessarily be shifted all the way to Mangaluru, Bengaluru or Mysuru for effective management which entails a very long drive and consequent delay much beyond many golden hours! I cannot help feeling that all this would perhaps have changed for the better if Siddhartha himself had survived his dejection and desperation at the hands of his own destiny!

Now, with him gone forever I fondly hope that someone in his team, who shares his unrealised dream, will think of fulfilling it to perpetuate his memory. I don’t think there would be a better way of re-incarnating him and making him immortal! Do think about it !