Home » Feature Articles » A temple for a dog 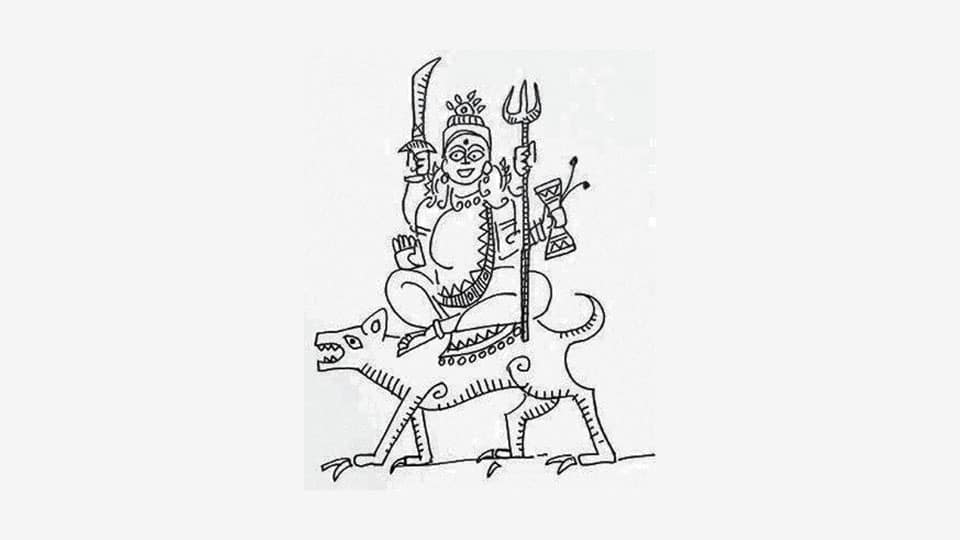 A temple for a dog

In the State of Chhattisgarh, in Khapri village  of Durg district, there is a temple dedicated to a dog. It is called Kukur Dev. The story goes that there was once a banjara (gypsy) who had a dog. During a famine, he had no money, so he gave up his dog as collateral to a moneylender.

One day, there was a theft in the money-lender’s house. The dog saw where the thieves hid all the stolen goods and dragged the money-lender to the place, who retrieved the stolen goods. The money-lender then wrote a letter to the banjara, expressing his gratitude for the dog, and further stated that he had written off all the debts owed by the banjara. He tied this letter to the dog’s neck and sent him as a messenger to the banjara. However, when the banjara saw his dog coming back from the money-lender’s house, he beat the dog so hard with a stick that the dog died. After the dog died, the banjara saw the letter around the dog’s neck and realised what had actually happened. In sorrow and remorse, he built a temple, in memory of the dog called the Kukur Samadhi.

This eventually became a Shiva temple, dating back 500 years, built by the local kings, for dogs are closely related to Shiva. The temple has the reputation of being Rinmukteshwar, where one is liberated from debts. Legend has it that Adi Shankaracharya came to this location to be free of all the debts he owed his guru.

Dogs are associated with Yama, who is the keeper of dharma. One of the meanings of dharma is the obligation of human beings to repay debts to ancestors, sages, gods, nature and society. As long as we are in debt, we are forced to be reborn and be a part of the cycle of birth and death. Only when we repay these debts are we liberated from the cycle. A dog’s association with death is the reason Shiva, in his Bhairava form, is associated with dogs.

Dogs are generally considered inauspicious in Vedic tradition, but they are linked to ascetics like Dattatreya. And in Nepal, with its strong tantric leanings, there is a festival of dogs, Kukur Tihar, linked to Diwali, and Yama Dvitiya. In Gujarat, Vaghri Devi Pujaks worship Hadkai Mata, who rides a dog to protect them from rabies.

A dog’s attachment to its master is a symbol of bondage. It becomes a metaphor for our attachment to the material world. How we free ourselves from this bondage is the question. The practice of yoga and bhakti is supposed to be the method by which we can be liberated from debts.

A dog’s loyalty, in a way, is a way of a repaying its debt to his master who feeds him. He loves his master and protects his master. By this, we are reminded of the obligations that we owe to other people in our society, to whom we are supposed to be loyal, and whom we have to protect. This is but one of the many interesting stories we find in India that connect animal life with high philosophy.

READ ALSO  There is No escape from myth