Home » Columns » Save Kodagu from over-tourism 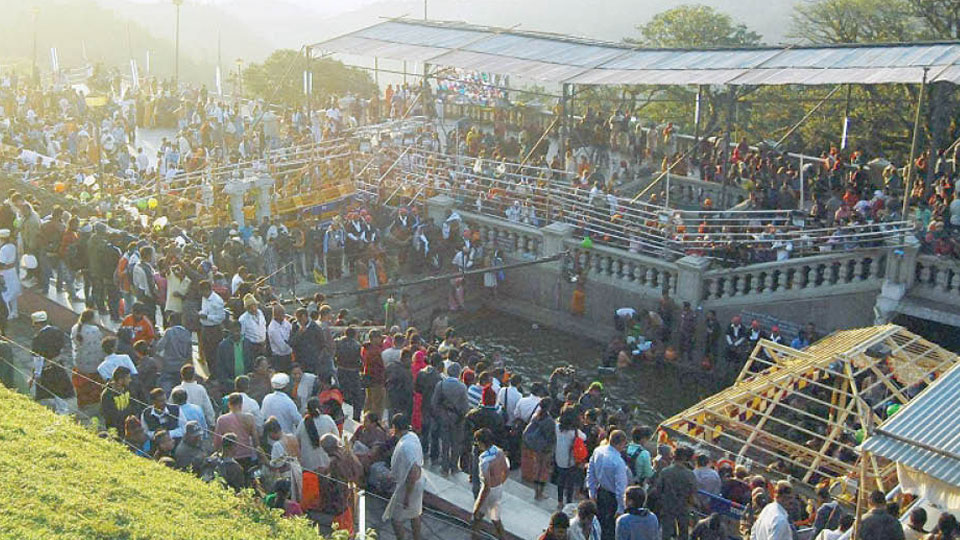 Save Kodagu from over-tourism

Aaj ka taaja khabar: The tourist  spots, Nainital, Rishikesh and Haridwar have been  submerged. Not by nature but by tourists! The unusually hot weather conditions in North India combined with holidays, these Hill Stations have been completely submerged by tourists. All the hotels are overflowing so much so that affluent tourists have to spend their nights in bus stands and pavements.

Traffic congestion upto five hours in prominent areas have been reported. The locals are aghast and helpless. Shortage of everything including water. Everyone is busy making a quick buck. I am not even discussing problems of garbage and  overflowing  sewage systems here.

Now let us take the case of Kodagu. The same scenario is going to play out. Already last year, nature has given a fair warning to what can happen if one does not take care of forests and trees but have we learnt our lesson? A recent news that nearly 800 trees were about to be cut and that too in the landslide-prone K. Nidungani village at the behest of Karnataka Housing Board until stopped by the Chief Minister’s Office. In spite of all the warnings, people are building new luxury resorts all over the place, hill slopes  etc., with active support from forest officials, local administration  and local politicians. Who will bell the cat and stop this plunder?

A new Resort is being constructed in Modur village  where cottages are being built on the hill slope and a stream has been illegally diverted to convert a wetland into a Lake for boating! Coorg Wildlife Society has protested but no one is listening. A boarding school on 100 acres of land is coming up. Locals are up in arms but again no response from the Government.

I have written on this subject before too. Sustainable and regulated tourism is the only way Kodagu will survive this onslaught. The Government in its wisdom should make Kodagu an “upmarket destination” like Kumarakom in Kerala and allow only top-class Resorts and Home Stays. Key spots like Bhagamandala, Talacauvery etc., should have pass system by which the footfalls can be regulated. The footfalls will reduce but hoteliers and others connected with tourism trade will earn the same amount of money at the end of the day.

Boracay Island in Philippines  had to shut down for six months completely to overhaul their sewage system because of this peril of over-tourism. In Thailand, Maya Bay had to be closed to public after it was found that 80 percent of their corals got destroyed due to over-tourism.

A recent report from Goa, another major destination in India, is disturbing. Tourism in on the decline. Why? Increasing garbage, harassment of tourists and rising prices.

There are a number of such examples all over the world and Kodagu is not far off. A disaster is waiting to happen unless we learn from our mistakes and take corrective actions. What is however surprising is that the locals are totally lax about this and are worried about their  short-term  gains  or  losses  if  tourism is regulated.

What is the solution? Simple. Stop all new constructions. Assess the situation after this monsoon. Regulate footfalls in  sensitive areas like Talacauvery. Plant new tree saplings on a war-footing. Just a few stray thoughts.

Wake up before it is too late. Is the Government listening?  Jaago, Save Kodagu !!

2 COMMENTS ON THIS POST To “Save Kodagu from over-tourism”