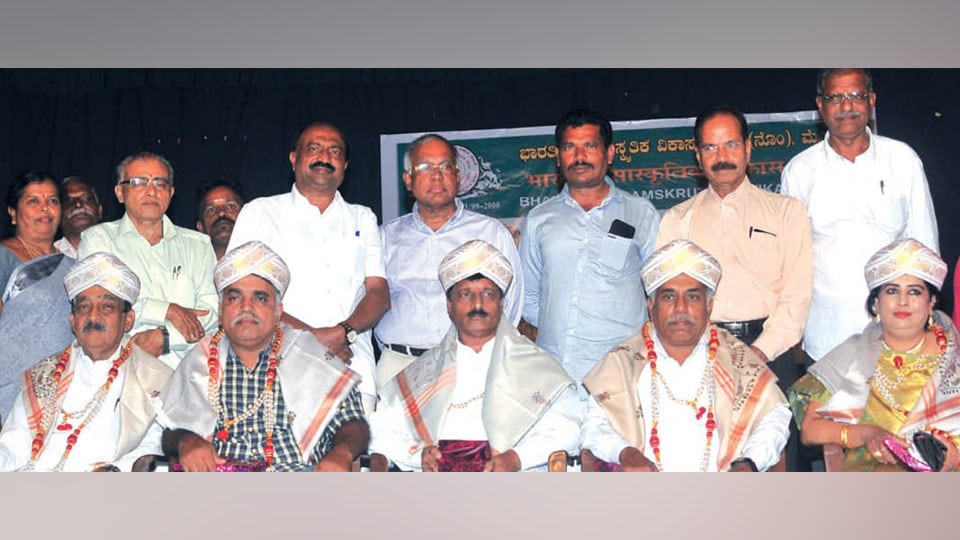 Mysuru: Observing that late Abdul Nazir Sab, who was a Minister in Ramakrishna Hegde Cabinet, was a pioneer of Rural Development, former Minister PGR Sindhia said that the Late Minister was an ideal personality, earning a lot of respect from all sections of the society.

Pointing out that Nazir Sab, although a Muslim, had earned a lot of respect from Hindus, he said that Nazir Sab always remained a secular man in the true sense. Noting that Nazir Sab was very much a rare kind of politician, Sindhia said Nazir Sab was instrumental in introducing the Panchayat Raj system and decentralisation of power.

Pointing out that Nazir Sab was popularly known as ‘Neer Sab,’ he said that the late Minister took the lead in digging borewells across the State, when most rural parts of the State faced severe shortage of drinking water.

Noting that the decentralisation of power in the State became a model to the nation, he said that Nazir Sab had framed a law making a minimum of 500 mt. distance mandatory between any two  borewells. Legislative Council Chairman D.H. Shankaramurthy in his address, said Nazir Sab will always be remembered as a great leader who quenched the thirst of the rural population when the State reeled under drought in the mid-eighties.