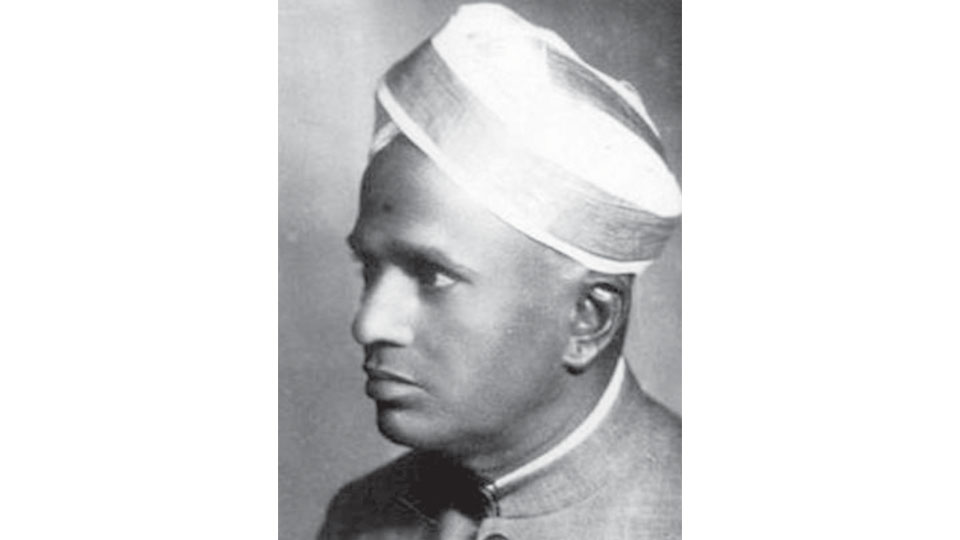 A. R. Krishnashastry took his B.A. exam in 1912. Regrettably, he failed in his English paper by a mark! He rewrote his English paper in 1913 and then graduated with a B.A. degree. Following his B.A., he embarked upon completing his M.A. in Kannada and Sanskrit. Shastry could ill afford to stay at Madras and study for his M.A.

Shastry sat for the Civil Service exams in 1914 and failed. But his failure in this endeavour paved the way for better things to come in the field of literary writing and teaching. For a brief few months, Krishnashastry worked at the Mysore Govt. District Office as a clerk for a meagre salary of Rs. 35 a month! As a married man with a family to feed, Shastry welcomed any small income till a steady job came his way.

By the combined efforts and blessings of a trio of M. Shama Rao, B.M. Srikantiah and J.G. Tate,  A.R. Krishnashastry finally secured a tutor job at Central College, Bangalore, in the Kannada Department in 1915. His monthly salary was now Rs. 50. Mysore University took shape in 1916. During this period of transition from Madras to Mysore University, Shastry ended up without a salary for six months! Although he did get his arrears at the end of six months, Krishnashastry had a harrowing time making ends meet with many loans and meagre savings to draw from!

Central College in 1916 was predominantly Science-oriented in its scope and outreach. Kannada was not one of the sought-after subjects and there was a sad sense of disregard towards it. Krishnashastry took it upon himself to see to it that this sentiment was duly addressed. In the Intermediate exam syllabus of the Madras University, under the Kannada section there was a requirement to discuss one English novel. This was a sore point because Kannada teachers did not rise up to the task and English teachers did not condescend to teach this.

But Shastry proved to his students that Kannada teachers could indeed do justice to the original. His classes in this section were later some of the most memorable ones as recollected by scores of his students. It was quite evident that Shastry was at home in both Kannada as well as English literature studies.

In 1919, A.R. Krishnashastry was replaced by T.S. Venka-nnayya and Krishnashastry was transferred to Mysore. At Mysore, he worked at the Oriental Research Institute under R. Shamashastry. Even though this was a departure from his teaching activities, Shastry took up the work with much zeal and is said to have impressed Shamashastry greatly. Between 1919-1927, Krishnashastry seems to have worked simultaneously at Maharaja College in addition to his regular job.

It was during these years that a formal Kannada Department took shape at the nascent University. By 1927, the M.A. course in Kannada had taken some shape and Krishnashastry’s teaching activities at Maharaja College were taken due note of. Now a confirmed Lecturer, Krishnashastry was promoted to the post of Associate Professor at Central College, Bangalore. In his place, T.S. Venkannayya came back to Mysore. But in a sad turn of events T.S. Venkannayya passed away at the age of 52 years in 1939. So,  A.R. Krishnashastry was now brought back to Mysore and eventually promoted as a full-fledged Professor at Maharaja College, where from he retired in 1946.

Krishnashastry played a key role in shaping the growth of Kannada Department at Maharaja College and nurtured many a future scholar and litterateur. Among these were the likes of Kuvempu, S. Srikanta Sastri, T. N. Srikantaiah, M.V. Seetharamaiah, G.P. Rajarathnam, K. Venkata-ramappa, K. Krishnamoorthy and D.L. Narasimhachar. Krishnashastry is believed to have frequented the boys’ hostel at Maharaja College in the early hours of dawn to get the young lads out of their beds and escort them to the college Garadi Mane (gym)! Their physical health was just as important as their education.

A.R. Krishnashastry was instrumental in founding the Kannada Sangha (Karnataka Sangha) at Central College, Bangalore in 1918. Between 1933-46, Shastry played a leading role in the Editorial Committee for the English – Kannada Dictionary. He was the Chief Editor of ‘Kannada Granthamale’ between 1942-46. In the same period, that is, 1943 – 46, A.R. Krishnashastry was also Editor for the Kannada Sahitya Parishat’s monthly mouth-piece. Between 1943-57, he was the Editor for the Kannada Sahitya Parishat’s Kannada Dictionary Project.

From 1919 – 63, Shastry was continuously involved in bringing about collections of poetry, editing various volumes of landmark Kannada works, dictionary projects, translating a number of Bengali works — including a collection of essays of poet laureate Rabindranath Tagore into Kannada (‘Nibhandamala’), penning number of Forewords and Prefaces to big volumes and contributing significantly to Hosagannada literature. His works run to about 3,000 – 4,000 pages worth of printed material! These collected works have   been brought forth by Kannada Pustaka Pradhikara. His prominent works include ‘Samskurta Nataka’, ‘Vachana Bharata’, ‘Kathamruta’, ‘Sreepathiya Kathegalu’, ‘Bankim Chandra’, ‘Sri Ramakrishna Paramahamsa Charitre’, ‘Nirmala Bharati’, ‘Alankara’, ‘Bhasa Kavi’ and ‘Nagamahashaya’.

The connoisseurs recognise abridgement and translation of classical works into modern languages as a fine art in itself. Krishnashastry’s abridgement of Vyasa Bharata (one lakh shlokas) into concise Kannada continues to remain a favourite among generations of Kannada readers. The miracle is that no incident of Mahabharata has been left out by A.R. Krishnashastry.

Similarly, Kathamruta is a fine abridgment of voluminous “Kathasaritasagara”.   Krishna-shastry was proficient in Pali, Bengali (self-taught), Hindi and German. He introduced the great Bengali poets and novelists like Bankim Chandra Chatterjee and Rabindranath Tagore to Kannada readers. One is reminded of famous abridgements in English language like “Tales from Shakespeare” by Charles and Mary Lamb, “The Lessons of History” by Will and Ariel Durant and “A Study of History” by Arnold. J. Toynbee (Vol. I to VI) rendered by D.C. Somervell.

His greatest contribution to Kannada literature is the founding of the Kannada literary journal “Prabhuddha Karnataka” published by Prasaranga of University of Mysore.

A.R. Krishnashastry chaired the 26th Kannada Sahitya Sammelan at Hyderabad in 1941. In 1956, Krishnashastry received the Felicitation Volume — ‘Abhivandane’. University of Mysore conferred upon Shastry a Honorary D. Litt degree in recognition of his lifetime contribution to the world of Kannada literature and studies in 1960. His work ‘Bankim Chandra’ won him the Kendra Sahitya Akademi’s annual award in 1961. In 1968, Prabhuddha Karnataka brought forth a special issue showcasing all of A.R. Krishnashastry’s works and contributions over the years.

A.R. Krishnashastry breathed his last at Bangalore on 1st February, 1968 at the age of 78 years. He lives on in the hearts and minds of Kannadigas through many of his lasting contributions.