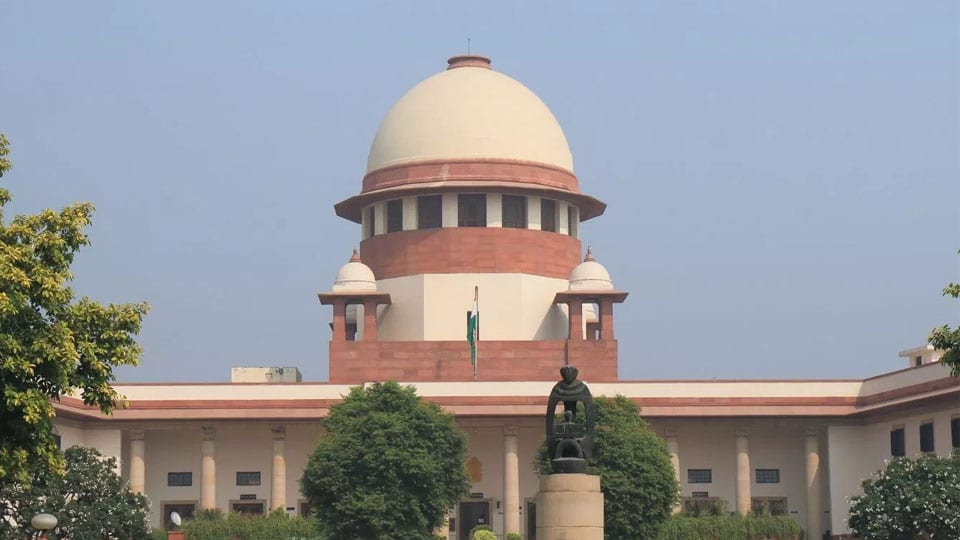 Constitution Bench to hear the petitions in October

New Delhi: The Supreme Court (SC) Bench, headed by Chief Justice of India (CJI) Ranjan Gogoi, issued notice to the Central Government on the plea filed by a batch of petitioners on abrogation of Article 370 and Article 35 (A) in Jammu and Kashmir and said that the matter will be heard by a five-Judge Constitution Bench in the first week of October.

The Apex Court has also sought a detailed report within a week on the petition filed by Kashmir Times Executive Editor Anuradha Bhasin, which has sought relaxation of alleged restrictions imposed on journalists following the scrapping for special status to Jammu and Kashmir.

The Supreme Court also said that a five-Judge Constitution Bench will hear the petitions related to the abrogation of Articles 370 and 35(A) in Jammu and Kashmir in the first week of October.

Solicitor General Tushar Mehta and Attorney General K.K. Venugopal argued against the issuing of notice to the Central Government saying that the case was sensitive and the notice by the Apex Court would have international “repercussions.” The Court, meanwhile, refused a request to appoint an interlocutor for Jammu & Kashmir.

It may be recalled that the PM Narendra Modi-led NDA Government on Aug.5 had scrapped Article 370 and Article 35 (A) at J&K and bifurcated the State into two Union Territories — J&K and Ladakh.