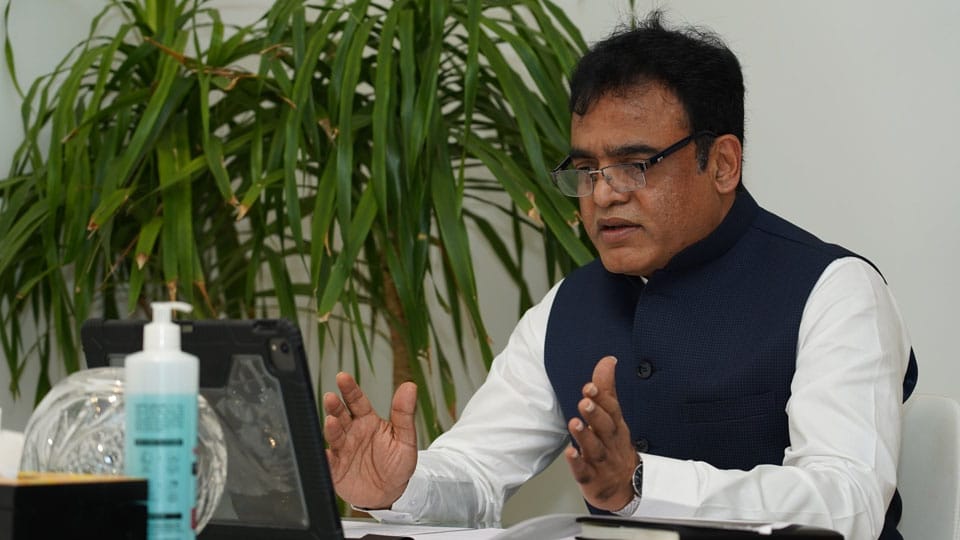 Bengaluru: On the occasion of ‘Good Governance Month’ in December, all Universities in the State should start live streaming of the Academic Council and Syndicate meetings on their social media channels from next month, said Higher Education and IT BT Minister Dr. C.N. Ashwathnarayan. Addressing a press meet here yesterday, he said that Higher Education Department has plans to introduce a slew of reforms to mark Good Governance Month and CM Basavaraj Bommai will inaugurate the programme on Dec. 1, he said.

The Minister noted that over the last three years, Dec. 25 has been celebrated as ‘Good Governance Day’ to commemorate the birth anniversary of late Prime Minister Atal Bihari Vajpayee. However, this year, the entire month will be observed as a Good Governance Month in the Departments of Higher Education, Electronics/IT-BT and Skill Development, Entrepreneurship and Livelihood, he added.

“Live streaming of meetings on social media will bring in transparency in the University’s administration,” he said. Universities have also been asked to upload all information on their websites by Dec. 10.

For constituent Colleges, which do not have their websites, they can upload the information on the University website, he added. The information will include student fee, funds sanctioned, ongoing projects and details of teac­hing and non-teaching staff.

“All the three Departments have charted out various programmes keeping the interest of students, entrepreneurs and various stakeholders in mind,” he said. The State Government also mandates that Universities prepare an Institution Development Plan (IDP) for a period of five years. The State Higher Education Council will also be conducting a workshop on the same in the first week of December.