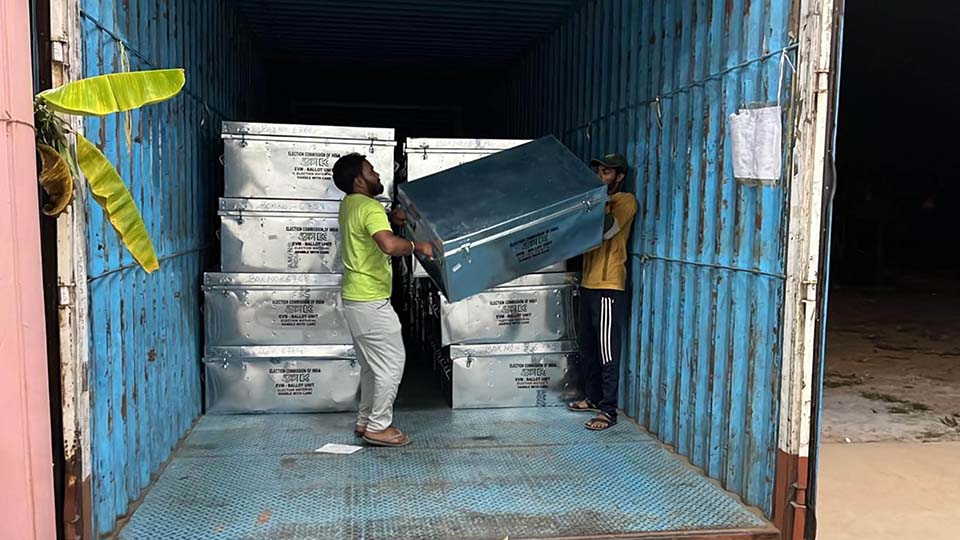 ‘Machines brought to Mysuru have raised doubts; open each EVM box for demo’

Mysuru: Even as the Supreme Court recently dismissed a petition seeking directions for ruling out discrepancies in the Electronic Voting Machines (EVMs), the Mysuru District Congress has expressed doubts over the EVMs, Control Units and Ballot Units that have been recently brought to Mysuru from Hyderabad.

Karnataka Pradesh Congress Committee (KPCC) Spokesperson M. Lakshmana told reporters at a press conference held at the Congress Office in city yesterday that over 5,635 Ballot Units and 3,958 Control Units have been brought to Mysuru recently from Electronic Corporation of India in Hyderabad.

“These machines that have not been used in any elections have been brought to Mysuru and this gives rise to suspicion, keeping in mind that thousands of voters have been dropped from the electoral rolls. While the Electronic Corporation of India has manufactured the machines, the contract of their maintenance has been given to a Mumbai-based private firm,” he said.

“Why a private agency has been handed over the machine maintenance? This has led to a lot of suspicion. We demand that each EVM must be demonstrated in front of all political parties as the names of many voters have been deleted, we suspect a foul play. The District Administration must invite each political party and open every EVM box and demonstrate the usage and the way the voting is recorded. This will clear all doubts,”  Lakshmana said.

It is pertinent to note here that the Supreme Court recently dismissed a petition filed by the Madhya Pradesh Jan Vikas Party, seeking directions for ruling out discrepancies in the EVMs. Calling out the practice of filing petitions to gain publicity, a Bench headed by Justice S.K. Kaul also imposed a fine of Rs. 50,000 on the petitioners.

The Court observed that the election process under the Representation of the People Act is monitored by constitutional bodies like the Election Commission of India. “It appears that parties which may not have got much recognition from the electorate by reason of election process now seek to get recognition by filing petitions,” the Bench recorded in its order.