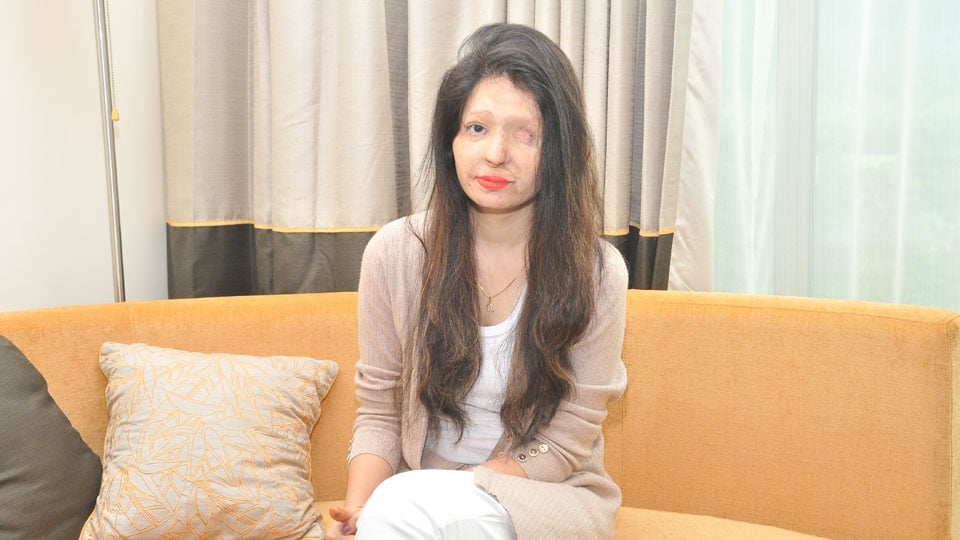 The Mysore Fashion Week will begin this evening with the highlights including an emotional appearance by an acid attack survivor setting the ramp on fire and sending out a message of grit and determination to fight all adversities in life. She is all set to redefine beauty. Meet 19-yearold Reshma Banu Qureshi, who will showcase ‘contemporary evening gown’ designed by Mysurean Jaheena Mujahid. In fact, Reshma will be Jaheena’s “Show-Stopper” at the Mysore Fashion Week being held at Hotel Radisson Blu.

Reshma Qureshi was just 16 when she was attacked on May 19, 2014 by her sister Gulshan Banu’s estranged husband and three other male assailants in Allahabad, Uttar Pradesh. In 2013, Gulshan had left her abusive husband with their two year-old daughter in tow.

On that fateful day (May 19 2014), Reshma took a train from her home in Mumbai to Allahabad in Uttar Pradesh, accompanied by Gulshan. Reshma had gone to take her Alim examination, a course based on comprehensive study of Quran. They were accosted by Gulshan’s estranged husband and the other three men. The attackers menacingly moved towards Reshma with a bottle of sulphuric acid.

Reshma, who was wearing a hijab, knew that her brother-inlaw was about to pour acid on her sister, immediately attempted to wrestle the acid bottle away from him. In the process, she sustained acid burns on her arms and back. Enraged by this, Reshma’s brother-in-law chased Reshma and poured the remaining acid in the bottle on her face.

What followed was trauma in the burns ward of hospitals that was no less a hellish experience for the bubbly and ambitious 16-year-old who otherwise was ready to take on academics and a good career. She lost her left eye and was permanently scarred. Doctors performed multiple corrective surgeries on her face and still, her face was covered with deep scar tissues.

Trying to make ends meet and to provide money for her treatment, Reshma’s family spent more than Rs. 15 lakh on surgeries. The case is in trial stage and Reshma has to attend regular court hearings now. Her sister’s male child was taken away by the husband-attacker and the child’s whereabouts are not known.

After the acid attack, Gulshan’s husband telephoned her one day and uttered “Talaq” three times. “After that there is no contact with him except when we see him and the other accused in the court. I feel like killing him,” says Reshma.

In a brief conversation with Star of Mysore, Reshma, speaking in chaste Hindi, says that the attacker knew that she was the family’s darling and attacking her will break the spirit of the family. “He was wrong. Thanks to the support of my parents, society and brother Aizaz Qureshi, I have come out of the trauma,” she says.

Narrating her traumatic experience, Reshma says, “In a second, my life was destroyed. After the attack, I did not see my face for over 3 months. I was accompanied even to the washroom by my sister. Finally when I saw my face, the world came crashing. I used to sit quietly and I used to barely speak to anyone. I used to go out only for my treatment and most of the days I used to wake up all nights as I hardly used to get sleep. My family was maintaining my mounting medical expenses and had to scramble for money to buy an air-conditioning unit for the house because of the burning sensation I experienced.”

The physical scars were horrible to see and added to that was insomnia, nightmares and the fear of another attack. “I feared ridicule from the outside world and a sense of shame and loneliness,” it was tough, she narrates. “The worse was during the attack, people just watched. I was left to suffer in agony by the side of the road for several hours and nobody called an ambulance,” she explains with a sigh.

Fortunately, Reshma met Ria Sharma, who runs an NGO ‘Make Love Not Scars’ that is dedicated towards rehabilitating acid attack victims and campaigning against over-thecounter sale of acid. “I constantly contemplated committing suicide and also attempted it thrice but was prevented by my family members. After I met Ria Sharma and Tania Singh of the NGO
the world opened up for me,” she recalls.

Reshma later became the face of ‘Make Love Not Scars’ and spearheaded three makeup tutorials called “Beauty Tips by Reshma.” The videos ended with a call to action for people to sign a petition addressed to Supreme Court of India demanding an end to open sale of acid.

The campaign, that focused on the fact that acid was as easily available as lipstick in India, went viral on social media and has over two million views till date. Over three lakh people signed the petition in less than a week and the Supreme Court directed States to ban over-the-counter sale of acid. The campaign won numerous awards including a Glass Lion and Film Gold Lion at Cannes Film Festival and was able to change people’s hearts and make them feel that survivors are as normal as they are.

The NGO later collaborated with fashion designer Archana Kochhar to redefine beauty standards in the fashion industry and Reshma was selected to walk the ramp in the New York Fashion Week. She was an instant success there and her appearance triggered a global conversation about acid attacks and the complexity of beauty standards. She strode the ramp like a professional in a stunning cream and floral floor-length gown by Archana Kochhar.

At the New York Fashion Week, Reshma said, “This walk was important to me because there are so many girls like me who are survivors of acid attacks, and this will give them courage. It will also go to show people who judge people based on their appearance that you shouldn’t judge a book by its cover — you should look at everyone through the same eyes. I never thought in my wildest dreams that something like this would happen to me.”

“Why should we not enjoy our lives? What happened to us is not our fault and we’ve done nothing wrong, and so we should also move forward in life,” she says.

Most acid assault survivors do not come out in public and lead a quiet confined life in the dark. Some find it hard to stand the humiliation and commit suicide. “I am not like them and here I am in front of you, leading a normal life. Entering the world of fashion has definitely changed my life and for better. Beauty lies in the heart and face is nothing. People must learn to appreciate inner beauty,” she says in a powerful message to other acid attack survivors.

As slim as any professional model and with thick, luxurious hair, Reshma, the daughter of a taxi driver says, “I want to tell the world — do not see us in a weak light and see that even we can go out and do things. People have a tendency to look at acid attack survivors from one perspective and I don’t want them to look at them like that anymore.”

For the record, India has the highest number of recorded attacks, which are often a form of revenge by jilted husbands or rejected suitors. “I have come forward defying the perpetrators of the attacks,” she exclaims with ample confidence.

ON HER MYSURU VISIT…

Bringing Reshma Qureshi to Mysore Fashion Week was very easy. “It took just 15 minutes for me to connect with her through her NGO and she travelled to Mysuru on her own though it was her first visit. The good thing about her is that she has no air of celebrity and is very humble,” says designer Jaheena Mujahid. 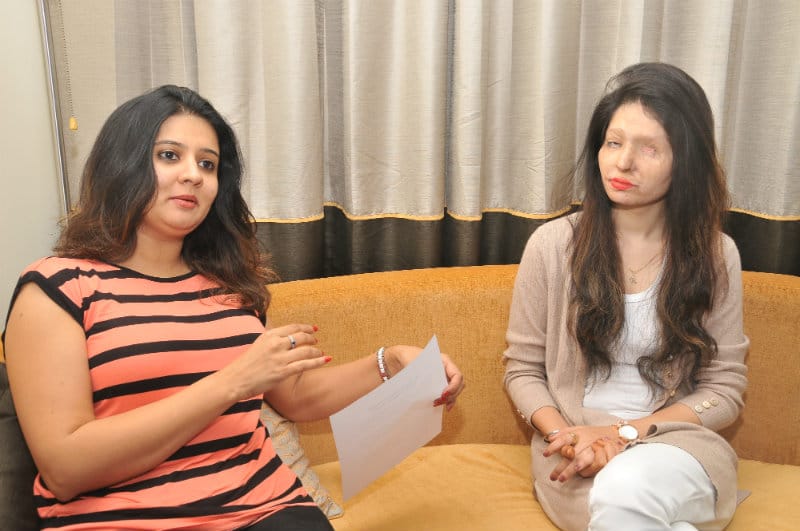 Jaheena, who hails from Mysuru, is the daughter of former Principal of Sri Jayachamarajendra College of Engineer
ing (SJCE) Dr. Syed Shakeeb-ur-Rehman. She studied software engineering and took up fashion as a career as she was passionate about it. She has her own designer firm “Jaheena” in Bengaluru.

“Ask any model to walk the ramp and they will quote a minimum price of Rs. 10 lakh to 15 lakh. Reshma does her shows free of cost. After approaching other high-price models to showcase my outfits, I thought I will feature Reshma. Most fashion shows have beautiful clothes on display and not many have an important social message behind them. Today we have Reshma, a braveheart walking the ramp at the Mysore Fashion Week,” she says.