Home » Feature Articles » 60 years of Romance with the Camera 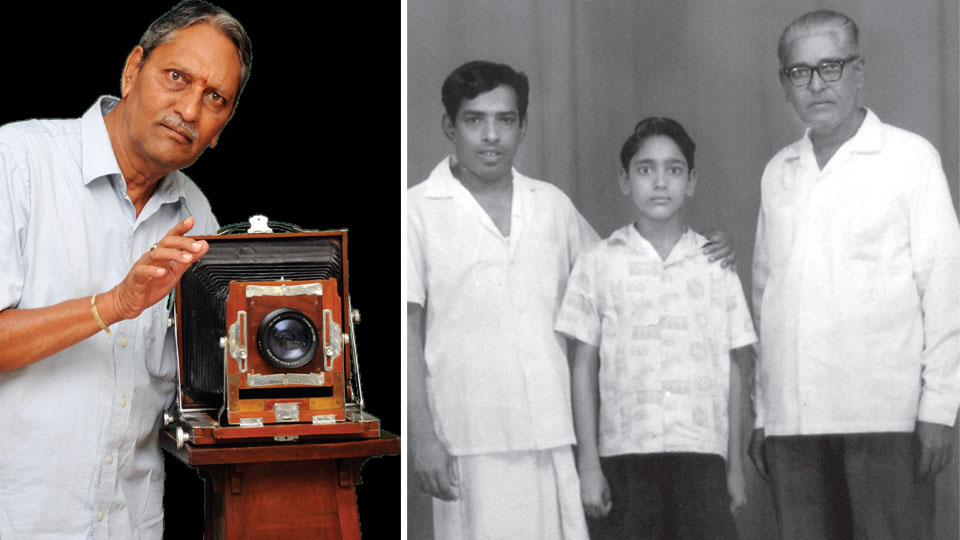 60 years of Romance with the Camera

Amid all the bustling new and ultra-modern photo shops aka studios that have sprung up in Mysuru city, where professionals sit behind counters trying to cope with demands of prints, blow-ups, profiles, albums, collecting data from digital cameras and pen drives, hard disks and memory cards, a quiet little shop has been going on, as it has been for over 63 years, with its friendly, old-world interior, quite unaffected by the glitter and dazzle of their competitors.

For the owners of Roy Studio, it is more than just a shop they run — more than a room with photos, prints, frames, tripods and cameras. It was and is still like a place of worship. For a photography enthusiast, it was a must-visit place to get their rolls developed, discuss light and grain and aperture and get a few handy tips. Ask any old-timer in Mysuru about vintage photography and they are sure to take the name of Roy Studio.

One of the oldest studios in Mysuru, Roy Studio is located at Agrahara Circle. Though Joseph Nicephore Niepiece made the first photographic image with a Camera Obscura in the summer of 1827, Mysuru’s tryst with photography started in 1930s or so. There was ‘Star Studio’ near Woodlands Theatre that had a reputation for its sharp group pictures. Then there was ‘Raj & Bros.’ (opposite Raghulal & Co.) off Sayyaji Rao Road. ‘Raj & Bros.’ were the “photographers by appointment to the Maharaja of Mysore” — a royal recognition and a great privilege. Probably, the very first studio to be established in Mysuru was the Star Studio by A.V. Varadachar and Sons. After Varadachar, D. Batroy, who trained under Varadachar, set up his own studio at the Krishnarajendra Co-operative Bank premises in 1954. He called it Roy Studio. 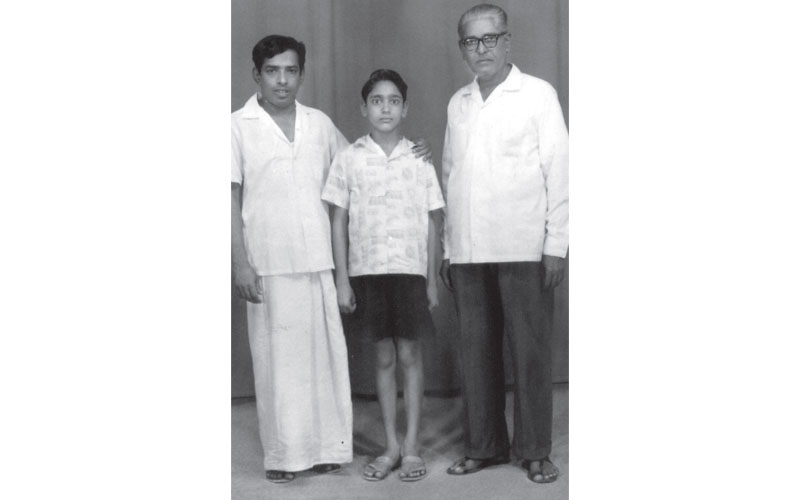 Generations of Mysuru’s old families have come to Roy Studio to get their family portraits done. This was the way with all photo-studios — a place you went to for the annual or once-in-a-lifetime family group photo taken with neatly oiled and combed hair.

Batroy hailed from Turuvekere in Tumakuru and was named after Batroy Swami, their family deity. When Batroy started his profession, it was the time for sunlight photography and black and white photography. Photographs were taken only during daylight as there were no other lighting arrangements though there was basic electricity.

“My father used Box Cameras that relied on most basic form of photography technology, utilising a sealed rectangular container with a fixed focus lens on one end and film on the other. They were made of wood and were the best for daylight photography,” said B. Manjunath, Batroy’s son, who owns and runs Roy Studio now.

After Box Cameras, electricity entered the photography field where bulbs were fixed to the studio ceiling with an iron rod or there would be bulbs placed on the floor with upward focus. So passionate was Batroy about cameras, he started building his own cameras.

“My father first built a Poso camera that was manually operated and had a fixed focus. Next he built a tripod camera and for this, he purchased lens from outside. Lens at that time (even now) are prohibitively expensive and were very delicate,” Manjunath says.

The cameras built by Batroy were in great demand and people used to come from Mandya and Chamarajanagar to buy them. “By then technology improved and Polaroid cameras entered the market and later, Rolleiflex cameras. In the 1980s, it was the age of 35mm SLR cameras,” he said.

Things started changing for studios with the advent of the modern, hand-held cameras that took reliably good pictures and were not that expensive. Still, for a long time, the camera wasn’t every man’s possession and the studios survived, black and white ruling the roost.

When colour revolutionised photography, only Bengaluru had the facility of printing photos. “In 1986, we started our own colour lab in Mysuru and that was the giant leap for Roy Studio,” he explains. 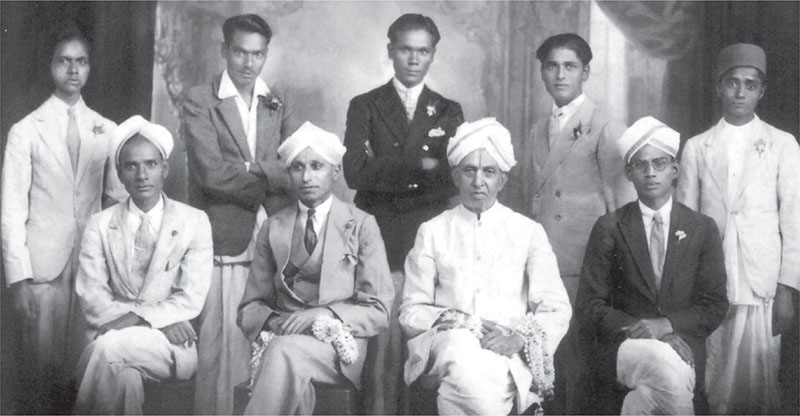 The family of A.V. Varadachar and Sons. Standing to the extreme right is D. Batroy of Roy Studio.

After functioning from the K.R Cooperative Bank premises since 1954, Roy Studio was shifted to its present location on the First Floor of Chinnamma Complex, N. Madhavarao Rao Circle, Agrahara. “We have a loyal customer base and the loyalty has been passed down the generations. Our prices are nominal and we provide unmatched quality,” Manjunath says.

Roy Studio has high-profile visitors including Kannada actors Narasimharaju, Nagappa, Raja Shankar, Dorai Bhagavan and M.P. Shankar. “My father was an expert in repairing cameras and M.P. Shankar used to often consult my father for camera repairs,” he says with pride.

Manjunath entered his inherited business in 1979 after his B.Sc. and LLB. “It was a natural choice for me to take over my father’s business and I will continue till my last breath,” he adds.

Manjunath has four daughters and three are married. While Lakshmi Shubha Chethan is settled in USA, Mythri Likhit Krishna is in Germany. His another daughter Nethravathi Karthik is settled in Bengaluru while his youngest daughter Bindushree is pursuing her engineering course.