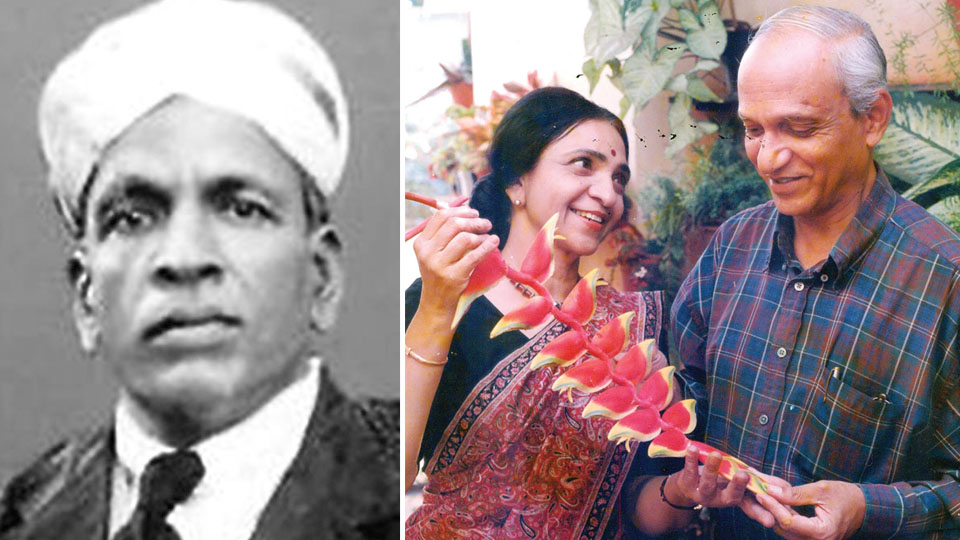 Author Girija Madhavan’s mother Mukta Venkatesh, painter and writer, who lived in Mysuru from the 1920s till her death in 2003 at the age of over 101, was the fourth daughter of A. Madhaviah, a social reformer-cum-writer. She was deeply influenced by his love of literature, both English and Tamil, and also his liberal views. Here we publish the reminiscences of Mukta’s early years (as narrated to Girija) on the Coromandel Coast — of a way of life now lost. In her long life, she saw the transition from bullock cart to jet and space travel; reading books by the light of hurricane lamps to the wonders of e-books and the internet. Now read on. —Ed

By Girija and A. Madhavan

Madhaviah, a writer in English and Tamil, was born on the 16th of August 1872, in Perunkulam, a temple town in Tirunelveli district, Tamil Nadu. His parents were Anantanarayanier, also called Appavier, and Meenakshi. Before his death on 22nd October 1925, aged 53 years, he had achieved success with his novels, short stories, essays and poems.

His youngest son, the naturalist and wildlife photographer, M. Krishnan, listed more than thirty of his works, apart from “Panchamritham”, a journal in Tamil which he published himself. His fiction, like “Thillai Govindan,” “Padmavathi Charitram” and “Clarinda” still evoke interest for their pioneering social reformist ethos, such as abolition of child marriage, dowry demands and caste prejudice. His advocacy of widow remarriage irked orthodox Brahmins. So he could not settle in his ancestral home. However, in a poem he praised the pastoral landscape of his village, describing the rice fields as “a carpet of green, channel striped,” “coconut and plantain dense, a grove immense.” He felt nostalgic about his roots.

Turns longing to my kindred clay,

Dear earth, all night and day.”

Years later, he built a house in Madras, naming it “Perunkulam House” and set up his own printing press there. M. Krishnan, a Padma Shri awardee, lived in the Cottage, where the printing press was located in the grounds of the main house, until his death in 1996. Historian Ramachandra Guha has written a book about him named “Nature’s Spokesman.”

At the age of fifteen, Madhaviah was married to eleven-year- old Meenakshi, his mother’s namesake.  A devoted wife, all her life she respected her husband’s ideas and did not go to temples or observe religious rituals at home.

Madhaviah was sent to Madras for studies at the old Christian College. He passed a competitive exam and joined the Salt and Abkari Department of the British Raj. The“Abkari’ Department relating to a word of Persian origin, dealt with the sale of liquor and drugs, excise, law and order. His fourth daughter named Muthulakshmi was born in 1902. She was known later as Mukta Venkatesh as her father-in-law, Alladi Mahadev Sastry, Sanskrit scholar, named her “Muktambal” after her marriage in 1919 to M. Venkatesh, his third son. Mukta was the mother of Girija Madhavan. She described her childhood as idyllic. They ate fresh, organically grown produce which kept them healthy. The family survived the influenza pandemic of 1917.They were taught by the father as there were no schools in places like Surla in Odisha and hamlets along the Coromandel Coast.

READ ALSO  A Tree in Malgudi 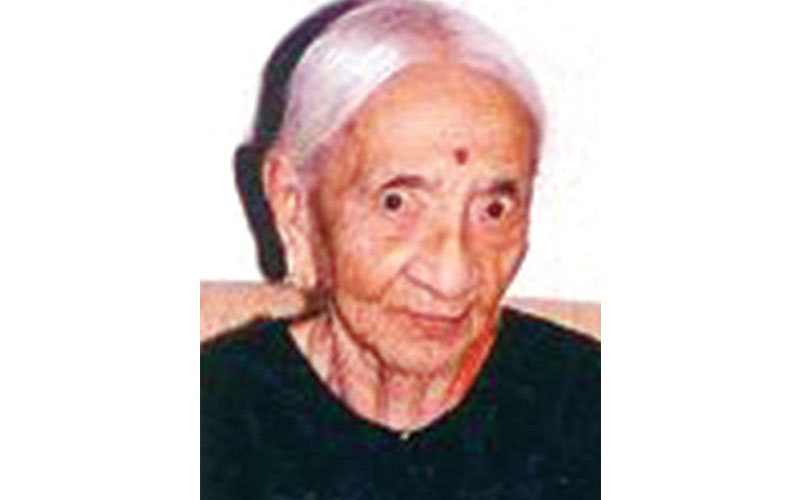 Madhaviah was dynamic personality, influencing the minds of all his children, five daughters followed by three sons. He opened their minds to English and Tamil literature and freed them from the social constraints of their community. He encouraged them to develop their creative talents — both Mukta and Krishnan became fine artists. He was influenced by Rev. William Miller, Principal of his College, but retained his own personal and social identity. He had a family Bible and entered the names of his children on the fly-leaf. His leather-bound book which he called “Nota Bene” still exists, though the pages covered with his handwriting are crumbling.

Madhaviah loved Karnatak music and wanted his young daughters to learn to sing. A teacher was arranged and Madhaviah was present for the first lesson sitting on a chair, the teacher and his assistant with a harmonium, on the floor facing the daughters. Suddenly Madhaviah’s nostrils began to flare, he sniffed the air and his face darkened with anger as he thundered at the musician, “How dare you come drunk to teach young girls?” The poor man picked up the harmonium and fled. It turned out that he had varnished it for the occasion; he was not drunk at all, the smell was from the varnish!

The Abkari work entailed inspection of salt pans along the Coromandel Coast. In the early years, the family lived in places like Surla in Ganjam, Orissa, where they had a spacious house in a large compound with shady trees.

On some tours Madhaviah took his family along.  After an early supper, a caravan of bullock carts would set off.  These carts were covered with arched wooden slats with woven reeds on top.  They had large wheels with spokes. On the flat base, bedding was laid out. The smaller children and the mother rode in one cart and the older ones with the father in another. Sometimes Madhaviah would ride alongside on his horse, carrying his licensed revolver. The bullocks would plod along rough tracks or pitted paths to the destination, the cart men half asleep, passing through palmyra groves, with the murmur of the sea in their ears. 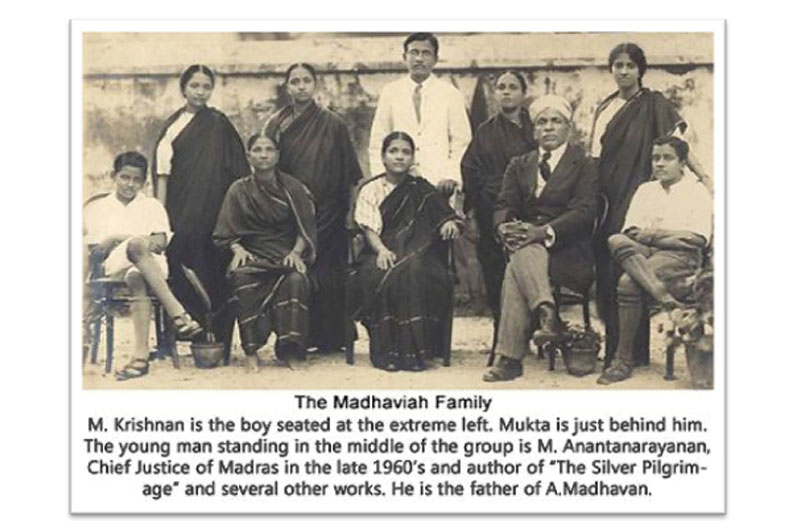 The carts were numbered.   The first carried tents for the family and the Office Tent for Madhaviah. The second was the “Samaan Vandi,” carrying pots and pans, trunks of clothing and books. A cleverly layered box held bottles and compartments for rice, dal and spices.   The most important item was the white first-aid box with a red cross. It held cotton, lint, clean white cloth for bandages, tinctures of iodine and benzoin and potassium permanganate crystals for cauterising animal and snake bites. Botliwala’s Ague Mixture, quinine tablets, chlorodyne and camphorodine for diarrhoea, aspirin, gripe water, vinegar for treating insect bites, vaseline and the book “Family Medicine” by Burkhead were other items. Cooks and staff followed, the latrine cart with a tent, buckets and mugs being the last.

The children were asked to drill with a Jamedar on the beach; they shouldered sticks in lieu of firearms. Even in her old age, Mukta remembered the chant:  “Quick March, Double March. Halt! About turn!”

The older children would help the smaller ones with their lessons. They played folk games like Goats and Tigers.  After evening supper, Madhaviah would teach them English, enacting scenes from Shakespeare and reciting Tamil poetry and stories.

Madhaviah was a man of courage who could never resist a dare. As a student, he once swam across a swollen river to write an exam. He walked across the slippery head of the Kuttralam waterfall where an Englishman had fallen to his death a few days earlier. 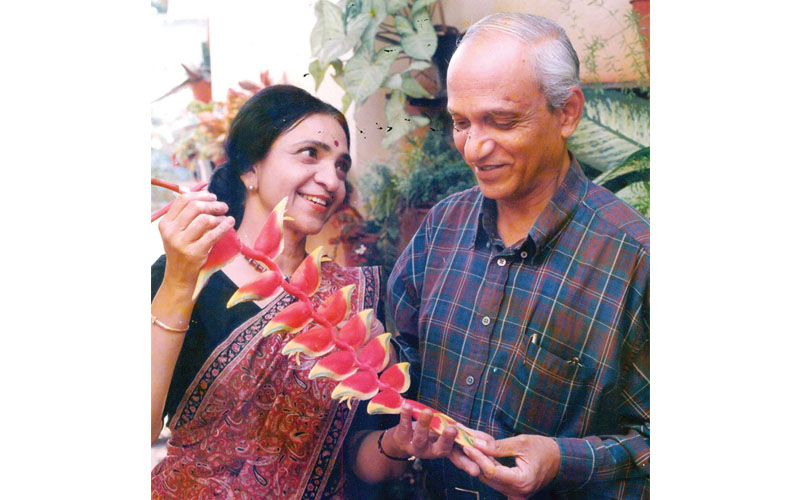 Madhaviah’s most daring act was to nab some drug-sellers and smugglers. He went to their den dressed as a Telugu gentleman armed only with a Police whistle.  He was to trap the drug-sellers into selling the contraband to him, whereupon he would blow the whistle for hidden Police back-up. The most dangerous moment was the interval between his blowing the whistle and the actual arrival of the Police.

The family moved to Madras. He kept busy with his writing and publishing. At the age of 53, after giving an impassioned speech at the University Senate House on the importance of including Tamil as a subject for the BA degree, he sat down and passed away. His books live on and his influence and his values have endured.

To Star of Mysore our warmest good wishes for this Anniversary and the ones to come.