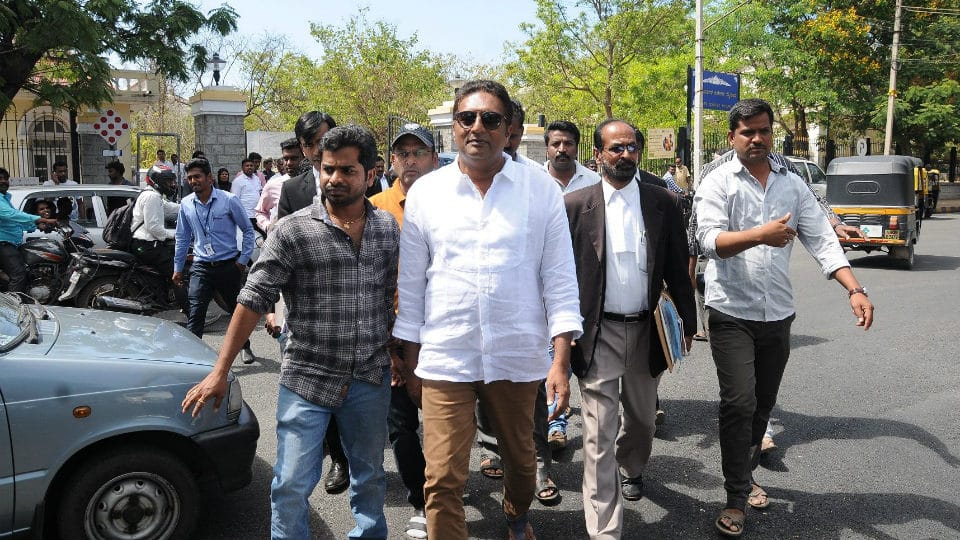 Speaking to reporters after filing the case in the Fourth Judicial Magistrate First Class Court, Rai said that he had sought a compensation of Re.1 from Simha for allegedly defaming him on social media platforms. The Court has posted the case for hearing on Mar.3.

Rai’s Counsel M. Mahadeva Swamy said that the Court will hear the argument of the complainant before proceeding. The MP has been accused under Sections 499 (defamation), 500 (punishment for defamation) and 503 (criminal intimidation) of the Indian Penal Code (IPC).

The advocate said that the MP defamed Rai by statements on Twitter and Facebook in early October 2017. A notice was served, seeking an apology. He was also asked why no legal action can be initiated against him. The MP didn’t reply to the notice. “With no other option left, we have gone to Court,” the advocate said.

Mahadeva Swamy said, “We have saved the MP’s statements on social networking sites and submitted them to the Court.”

Rai told media persons about the complaint but didn’t divulge any details of the case saying it would be sub judice.  Mahadeva Swamy claimed his client wants to teach the MP a lesson for making false accusations.

With regard to seeking damages of just one rupee, Rai said that he had not filed the defamation case for the sake of money. He argued that it was to teach a lesson to persons holding responsible positions in the society and misusing social media platforms for their personal benefit.

Rai, who has accused Simha of making defamatory and personal remarks against him in connection with his son’s death, had sent a legal notice. He had threatened to press criminal charges against the MP if the latter does not tender an unconditional apology and remove all the allegedly defamatory posts.