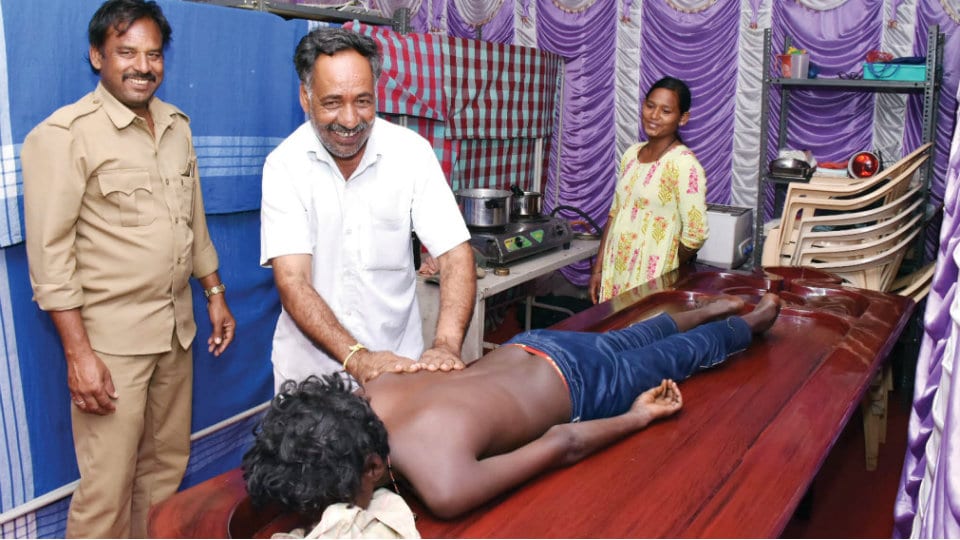 Choice of doctors and system of medicine as well as hospitals, nowadays is tied to prior knowledge about their name and fame, subject to affordability of treatment. Allopathy, the term attributed to German physician Samuel Hahnemann (1755-1843) seems to be the first choice of families with one or the other member needing medical attention, particularly in urban spaces. The overwhelming patronage of medicines and medical practitioners following allopathy, despite relatively exorbitant tariffs, consultation fees and hospital expenses, triggered by aggressive promotion of the so-called western system of medicine has come in the way of people at large seeking remedies from other systems of medicine, particularly ayurveda system, its products being sold without much price advantage. Allopathic medicines, known to be effective against the symptoms of a large number of diseases are marked by dramatic, if not instant, outcome that impress their users, while ayurveda-based remedies which address the cause of disease are marked by extended waiting time before the cure happens.

Practitioners of allopathy are identified as doctors, perceived with awe by society while practitioners of ayurveda, conventionally identified as pundits, lack that feeling of awe, which is a decisive factor triggering one’s choice of the system of medicine and its practitioners. Further doctors are reputed by virtue of their degrees and also the institutions of fame where they got their training.

Government’s patronage to allopathy in comparison to other system is a decisive factor in the march of the western system far ahead of other indigenous systems, thanks to people at large toeing the Government’s action. In addition, the other much-talked about system namely naturopathy is languishing mainly due to its disorganised style of practice in some pockets. Even as consultation with specialist doctors following allopathic system has witnessed steep rise in their charges, many reputed ayurvedic practitioners also are marked by high consultation charges. India is touted as the allopathy pharmacy for the world, but regulatory agencies in the West are keeping a hawk’s eye on the quality of medicines produced in India and also surveillance of producing plants.

In the wake of reports that substandard and adulterated ayurvedic products are being extensively sold in the open market, the recently announced measure of a regulatory mechanism and licensing system for ayurveda sector augurs well for the advance of ayurveda sector.

Editorial
Can Mysuru become a City of Design in India like Montreal?
City gastroenterologist gets international recognition