Home » News » Ahead of Assembly Elections-2018: Checking drive for cash at check posts from Feb. 20 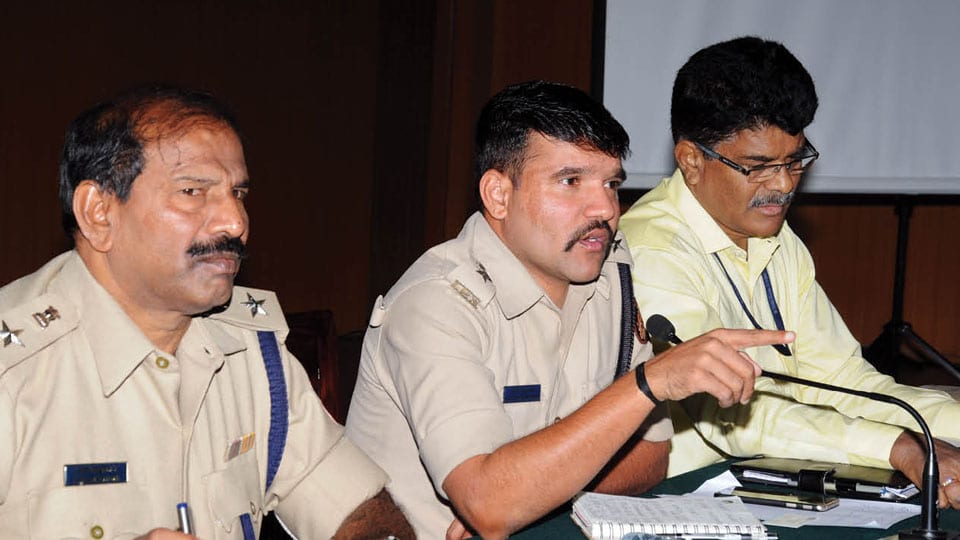 Ahead of Assembly Elections-2018: Checking drive for cash at check posts from Feb. 20

Mysuru: In view of the forthcoming elections to the Karnataka Legislative Assembly, the Election Commission of India and the District Election Officer (who is also the Deputy Commissioner) have issued directions to the Police Department to check all vehicles carrying cash of more than Rs.50,000.

The checking drive will commence from Feb.20 at all the check posts in the district. Even banks have been asked to keep a close watch on suspicious, unusual and high cash transactions.

These issues were highlighted at a security meeting for Bank Managers organised by the Mysuru District Police at the SP Office here this morning. Superintendent of Police Ravi D. Channannavar chaired the meeting in the presence of Lead Bank Manager D. Shivalingaiah and Additional SP N. Rudramuni.

The Bank Managers have been asked to put all security measures in place by following the Reserve Bank of India (RBI)  guidelines. The Managers were asked to compulsorily have armed guards stationed in front of all the branches of the Banks and they were directed to have able-bodied guards standing at the entrance.

“It is found that in most of the places, the guards are old and infirm and they cannot tackle tough situations in case of armed robberies. Hence, only fit and physically strong guards must be posted according to RBI guidelines,” said  SP Ravi Channannavar.

He asked them to install CCTV cameras in all the Banks and as a backup, have more installed in another place, so that when anything untoward happens and the cameras are destroyed, another will be there to record the events. 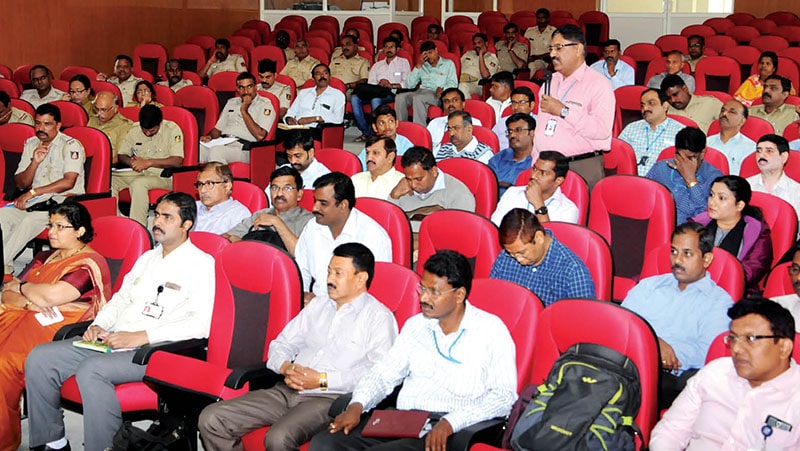 Kattemalalavadi Indian Overseas Bank Manager Sriramaiah alleged that the localites always came and threatened him demanding loans even though many of them had been declared under NPAs (Non Performing Assets) as they had not cleared loans taken earlier.

They not only demanded loans but also came with a group of people pressurising him to release the loans. Channannavar asked him to lodge a complaint so that a criminal case can be filed against such anti-social elements and action taken.

It was also revealed during the meeting that many of the troubles in the Banks in rural areas was due to scarcity of availability of cash. “If a person wants to withdraw a huge amount, the Banks do not have cash and hence ask the customers to come back again to withdraw the remaining cash. This is causing disruptions in the Banks, regularly affecting   transactions,” said a few Managers.

This problem is likely to continue till March 31, said Lead Bank Manager Shivalingaiah.

The Manager of a Bank in T. Narasipur said that there was a huge menace of middlemen in his Bank as they all came asking for loans for others even though they were not eligible.

Meanwhile,  Channannavar said that there are more meetings scheduled with various organisations, bodies and departments that will be conducted till Feb.27 by the Mysuru District Police in view of the forthcoming elections.

Tomorrow (Feb.6), a meeting will be held with the Officers of the Women and Child Welfare Department and other NGOs.

This is the first time that such meetings are being held before the elections, said a source in the Police Department.