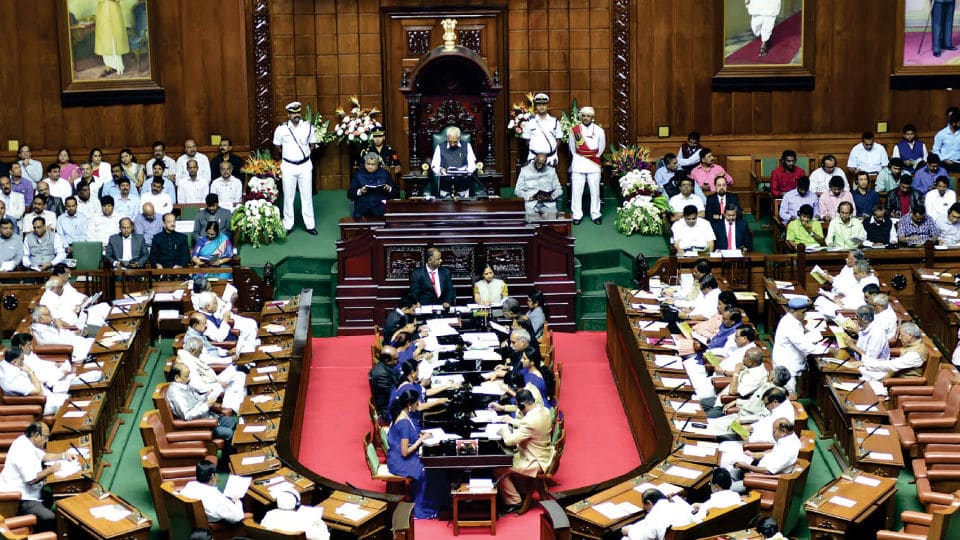 Pointing out that the Government had worked for a hunger-free State by introducing several schemes and establishing subsidised Indira Canteens at all cities, District Head Quarters and Taluk Centres, the Governor in his address said that the Government was working towards improving infrastructure for a better industrial environment and investment.

He further said that the Government was fighting corruption for which the Anti-Corruption Bureau (ACB) was established and had set up Real Estate Regulator Act to curb land and real estate irregularities.

Through the Governor’s address that listed the Government’s achievements and the growth of the State on all fronts over the past five years, the ruling Congress Government, which came under fire from Prime Minister Narendra Modi yesterday, sought to hit back at the Opposition BJp, by point-to-point rebuttal of the PM’s charges against the State Government.

However, the Opposition BJP slammed the Government for falsely portraying the Government’s performance and achievements through the Governor’s address.

The session ends on Feb.9. However, the Budget Session will be held from Feb.16 to 28, with Chief Minister Siddharamaiah, who also holds the Finance portfolio, scheduled to present the State Budget (2018-19) on Feb.16.