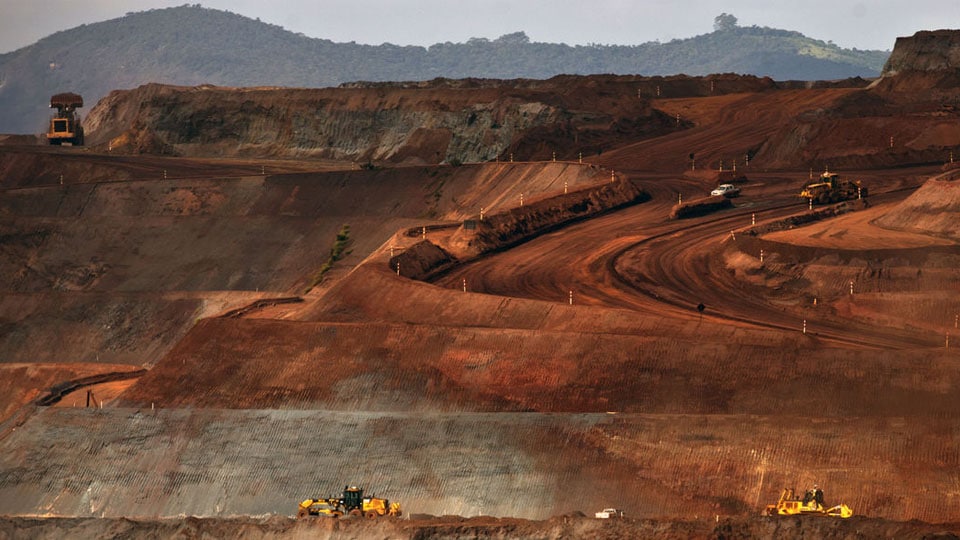 Ahead of polls, State hands over illegal iron ore export cases to SIT

Bengaluru, Jan.18- The State Cabinet yesterday approved a Special Investigation Team (SIT) to probe all the cases related to illegal mining of iron ore that the CBI said it could not find evidence in.

The Cabinet meeting chaired by Chief Minister Siddharamaiah accepted the recommendation of the Cabinet subcommittee, headed by Rural Development and Panchayat Raj Minister H.K. Patil, that recommended the SIT probe.

The decision was taken in the wake of the of CBI closing the cases of illegal export of iron ore through New Mangalore Port Trust (NMPT), Karwar, Panaji, and Marmagoa ports citing “lack of prima facie evidence.” An SIT probe might put BJP leaders in an embarrassing spot during the run-up to the polls.

The cases relate to the previous BJP government in Karnataka when a Lokayukta investigation found that illegal mining to the tune of over Rs. 3,000 crore had taken place. Ore was being illegally transported from Bellary in North Karnataka, parts of Andhra and shipped abroad via ports in Karnataka, Andhra and Goa.

When the case was handed over to the CBI, it was expected that the agency will bring the accused to justice. Several influential Ministers of the previous Government, like G. Janardhana Reddy and B. Sriramulu, were said to be involved in the case. Reddy has served his time in jail, while Sriramalu is currently the MLA from Ballari(Rural).

Briefing reporters on the Cabinet decisions, Law and Parliamentary Affairs Minister T.B. Jayachandra said the SIT would get all the records transferred from the CBI. Illegalities in export of iron ore was exposed by former Lokayukta N. Santosh Hegde.

Explaining the Cabinet decisions, Jayachandra said the CBI had conducted the probe following the Supreme Court order after hearing a petition of the Samaj Parivarthan Samudaya.

The CBI probed the cases involving export of over 50,000 tonnes, while State SIT was given cases below 50,000 tonnes. Jayachandra said the SIT has completed its probe into 72 cases so far and filed charge-sheets in 22 cases. The Cabinet decided to confiscate the properties of those involved in these cases to recover loss to the State exchequer from illegal mining.

illegal mining
Cultural feast at Bahuroopi on fourth day
An Appeal: Support to Save Kodagu from Destruction