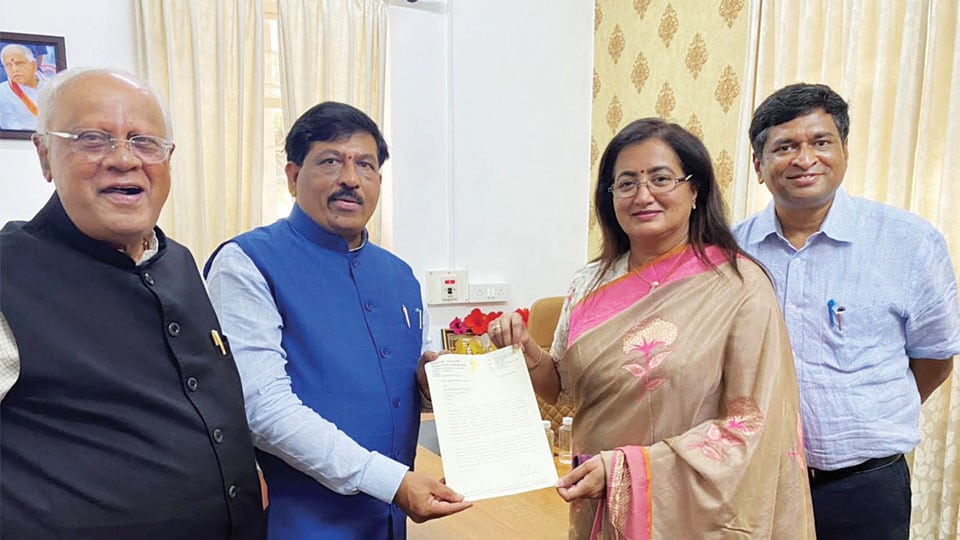 Bengaluru: In an interesting development amidst the statement of Mines and Geology Minister Murugesh Nirani that he will be visiting Mandya soon to assess the extent of alleged illegal mining, Mandya MP Sumalatha Ambarish met the Minister in Bengaluru yesterday and held talks on the alleged illegal mining and quarrying activities in Mandya district.

During the meeting, Sumalatha is said to have given some documents to the Minister in support of her claims on illegal quarrying in the district.

Speaking to press persons after the meeting, Sumalatha said that she discussed several issues with the Minister and also requested him to personally inspect illegal mining areas in the district. Arguing that illegal mining has been a bane for people living in villages around quarrying units, she said that the quarry owners have been cheating the Government on Royalty too and as such, the Government should take measures for collecting Royalty from defaulters and the money so collected can be used locally for development of Mandya district.

She has invited Nirani for carrying out an inspection of Bebi Betta, she said and added that she will be holding a crucial meeting with all concerned officials on the safety and stability of KRS Dam on July 14 at Mandya.