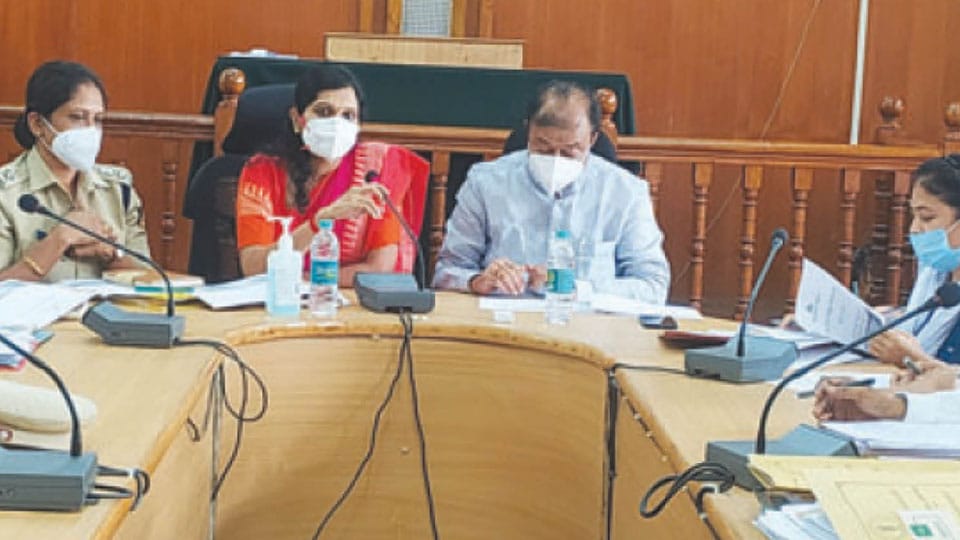 Mandya: Mandya District Minister K.C. Narayanagowda has slammed officers of Mines and Geology Department for turning a ‘blind eye’ towards blasting in mines in areas surrounding KRS Dam and accused them of hand-in-glove with persons running illegal stone quarries.

“First of all you don’t visit the mining areas. You are totally ignorant about the quantity of stone quarried in the mines. Rampant illegal stone quarrying has been going on with the blessings of a few officers. People in the surrounding areas of the Dam will come to know about the blasting in mines but surprisingly it is not heard by officers. This is the classic case of fence eating the crop,” the Minister remarked during a meeting on the mining in the district at the DC’s office here yesterday.

He directed officers to visit the mining areas and collect the Royalty from the mine owners. “There were over 95 stone quarries in Mandya. Though the number of quarries was less in other districts, they were collecting crores of rupees as Royalty while the Royalty collected was very negligible here. This loophole must be set right immediately,” he said.

“Of late, the controversy surrounding KRS Dam has become talk of the town. There had been a hue and cry about the damage to the Dam due to blasting in the nearby stone quarries. In the wake of this, it was better to stop the quarrying in the interest of safety of the Dam. There were examples of suspension of stone quarrying in the vicinity of Dams across the country and such a step needs to be taken in Mandya too,” he said and added “We can consider allotting an alternative place for those who have license to undertake quarrying at Bebi Betta. Once that is done, a plan may be worked to develop Bebi Betta as a tourist spot.”

Narayanagowda suggested to the District Administration to start a Helpline to check illegal mining in the district.

Officers concerned must be very strict and take help of the general public to check this. In fact, people will first come to know if the blasting was done illegally in any part of the district and they can share information if the Helpline was opened.

Besides, there was a need for constituting a Task Force to check illegal mining which consists of officers from Department of Mines and Geology, Police, RTO, Revenue, Rural Development and Panchayat Raj and Forest.

A survey must be done immediately and report must be submitted. Check-posts must be opened at all places and give a list of officers who work there. The State Government was losing crores of rupees due to non-collection of Royalty from the mining companies regularly.

CCTVs must be installed at the check points and the GPS must be fixed for trucks carrying the stones from the district mines. Officers must keep a watch on the trucks, he added.