Mysuru: It was a cultural feast, as the lovely winter dusk settled and the sky turned dark. ‘Gaudipailiya’ dance by Madhya Pradesh (MP) folk troupe, ‘Shoorpanaki-Innondu Mukha’ play at the mini theatre and Malayalam play ‘Kali Natakam’ at Vanaranga, were some of the major attractions on the fourth day of National Theatre Festival Bahroopi at the Rangayana premises here yesterday.

The 15-member folk troupe from MP unfolded the tradition, culture and practises through the ‘Gaudipailiya’ dance at the Rangayana premises. The members in yellow costume, wearing a traditional peta (headgear) with flute in the hands and some of them beating the nagari (drums), danced to the tunes of the folk songs.

“In this dance, a youth from a village will be paired with an unmarried woman from another village and they perform the dance. We run our families from the money that we earn from this show,” said Ratankumar, one of the members of the troupe.

The Malayalam play ‘Kali Natakam’ presented by Cochin-based troupe and directed by Chandrahasan, was staged at Vanaranga. When people are faced with drought, economic crisis, floods, new diseases and several other problems and they start bothering the society, the culture of staging a play comes. 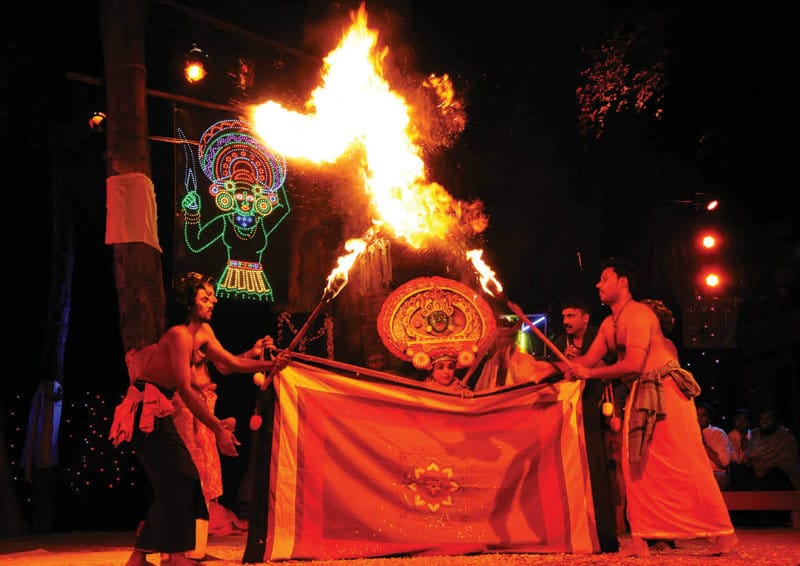 The play opens with the scene of preparations in a village, people who come to watch it, the fight that breaks out between the Police, media and the organisers. It holds a mirror to the contemporary practises and gives a new experience to the viewers about Kaliyuttu, Mudiyattu and other religious practises.

In the mini theatre next to Kalamandira, ‘Shoorpanaki-Innondu Mukha’ a mono-acting play directed by Bannanje Sanjeev Suvarna and enacted by Vallari Kadekar, laid bare Shoorpanaki’s other side of her character.

The movies screened at Sriranga auditorium that had a good response included Norway’s ‘Kon-tiki’ and ‘The Way Back’ (USA) and Denmark’s ‘Last Train Home’ — a   documentary.