Home » Columns » Akhilesh jumps over dynasty, gives UP new horizons; Alas, Rahul can do no such thing in Congress 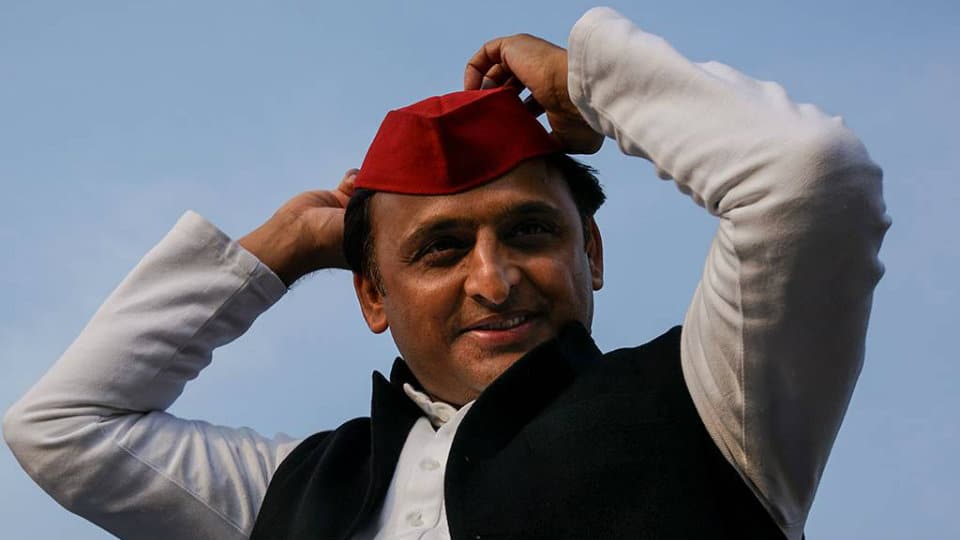 Akhilesh jumps over dynasty, gives UP new horizons; Alas, Rahul can do no such thing in Congress

It’s an unusually long wait for Uttar Pradesh election results. But something more important than the results has already made history. In a State where the dynastic culture had reached vulgar limits, the reigning scion broke out of it by defying his elders. That he had reached the top as a beneficiary of the system cannot be denied. But he rebelled against the mentors on principles of governance. He won. And it became a victory of the new against the ancient. If the lessons of this historical shift are learned by our politicians, perhaps India will be ready to become at last a modern nation.

Will they, or will UP prove an isolated case?

Ideology had nothing to do with Akhilesh Yadav’s triumph over his father, the I-am-the-boss Mulayam Singh. What was on display was excellent political skill. He defied his father without appearing to defy him. He rejected the candidacy of some of his father’s cronies and demolished Amar Singh, father’s closest ally and the Shakuni of UP politics. All the while, he paid obeisance to his father, criticising those who criticised him. His unwavering affection for the father eventually persuaded the father to go back on his own words and campaign for the son. Akhilesh emerged a facile manoeuvre, the perfect diplomat.

By challenging his father in politically firm but personally caring ways, he achieved legitimacy and popular approval at once. That dynasticism could reveal such a positive streak was in itself extraordinary. It gave Mulayam Singh, too, a make-over. Either his fatherly instincts were stronger than anyone suspected, or the old war horse sensed what was happening and decided to stay with the winner. Either way UP gained.

As Akhilesh became his own man, a bit of the shine fell also on Rahul Gandhi, his partner in the UP electoral battle. They enjoyed “good chemistry,” he said. “We are the same age. We think alike.” It did not follow that Rahul could do an Akhilesh. For one thing, the Gandhi dynasty matriarch has no Shakunis to impose on the heir. For another, the heir has neither any modernistic agenda nor any manoeuvre capability of his own. But there are useful lessons that Rahul Gandhi and the Congress can learn — if they want to learn — from the attention they received by associating with the iconoclastic dynasty of UP.

The most important of these is that it is no longer possible for a family darling to win public approval in India just because he is somebody’s son. At the same time, being somebody’s son won’t go against him provided he proves his mettle. Such lessons, however, are more likely to go unlearned in the citadels of dynastic omnipotence. Will the Badals learn anything even though several members of the family shared the pie of power and saw the State plunging from prosperity to decay? Sukhbir Singh Badal, the de facto Chief Minister, once boasted: “The family system runs because of credibility. Why do people buy a Mercedes or a BMW car? They know they can depend upon it.” They also know they cannot depend on a Mercedes the original parts of which have been removed and sold and a fake engine put inside.

Lalu Prasad, the inimitable Rolls Royce of Bihar, placed his whole family at the service of the nation — his illiterate wife as Chief Minister of the State, his two sons as Cabinet Ministers, his daughter as Rajya Sabha MP. Even the BJP, proclaiming that it is not bitten by the dynasty bug, fielded several VIP sons in this election. This obsessional race to keep power within the family (obviously for its material benefits) keeps India mired in stagnation and corruption. It prevents new ideas and new talent from coming up. Akhilesh Yadav’s achievement is that he has shown a way out. The acknowledged “young talent” in the Congress consists entirely of dynastic scions — Jyotiraditya Scindia (born 1971), Milind Deora (1975), Sachin Pilot (1977), Agatha Sangma (1980).

Born around the Emergency, they have only hearsay about the independence struggle, even about Jawaharlal Nehru. In other words, they have a new-gen view of the world with new policy concepts and new approaches to problem-solving. Some of them have even shown exemplary leadership talent, Sachin Pilot for example. But they get no opportunity like Akhilesh Yadav got in UP because the dynastic hold on the Congress is inflexible, immovable and non-negotiable. This is not just the tragedy of the Congress; it’s the tragedy of India.