Home » News » ‘All four pillars of Democracy are corrupt today’ 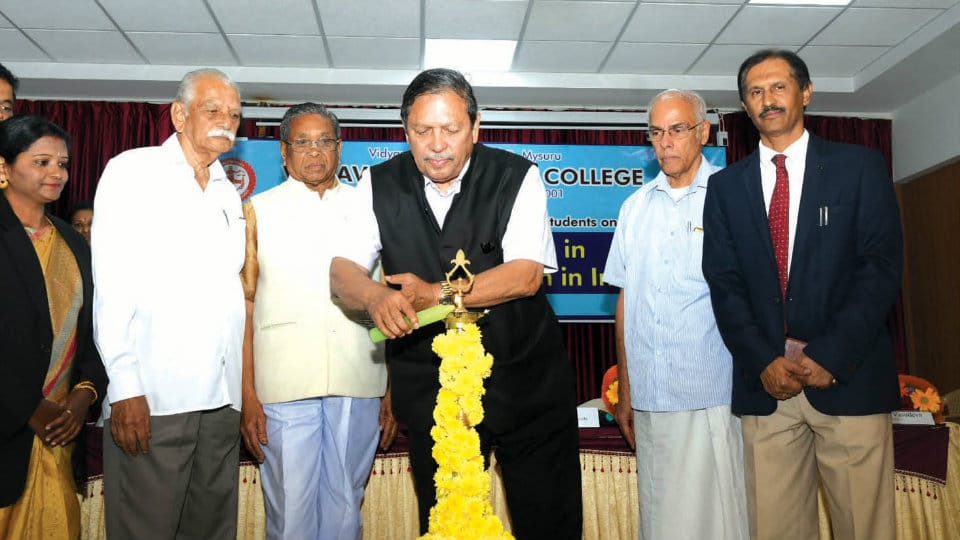 ‘All four pillars of Democracy are corrupt today’

Mysuru: Vidyavardhaka Law College had organised a workshop on ‘Role of students in prevention of corruption in India’ at its premises here yesterday.

Inaugurating the programme, former Lokayukta Justice N. Santosh Hegde regretted that all the four pillars of Democracy were corrupt today with officials and politicians having an insatiable hunger for power and money. He pointed out that unlike in the West, no constructive and meaningful discussions are held in both Houses of the Parliament in India. He added that Assembly Sessions end up in just arguments and chaos. He contended that media too has fallen at the mercy of industrialists and politicians.

Continuing, Santosh Hegde observed that value-based teaching was going extinct in education system. He added that subjects included in the curriculum are stereo typed lacking substance and moral value.