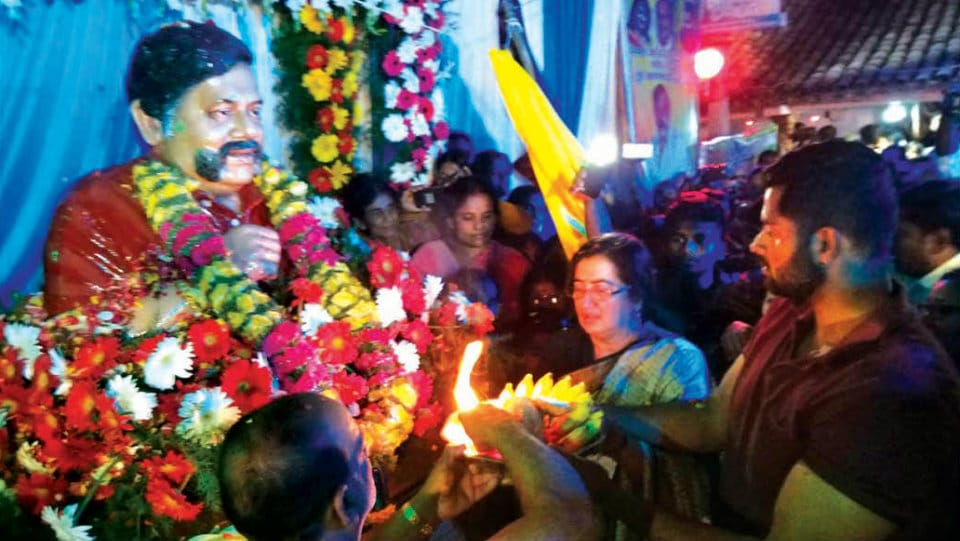 Bharathinagar (Mandya):  Actress Sumalatha unveiled a bust of her late husband Ambarish at his home village of Doddarasinakere near here on Friday.

Speaking on the occasion,  Sumalatha clarified that she was not keen on contesting in the Lok Sabha polls, but added that Ambarish’s fans of Mandya were keen or her foraying into politics which cannot be declined. She contended that she had already spoken to Congress leaders.

Ambarish’s son Abhishek said that the trailer of his debut movie ‘Amarnath’   would be released soon and sought the blessings of the people for the success of the movie.