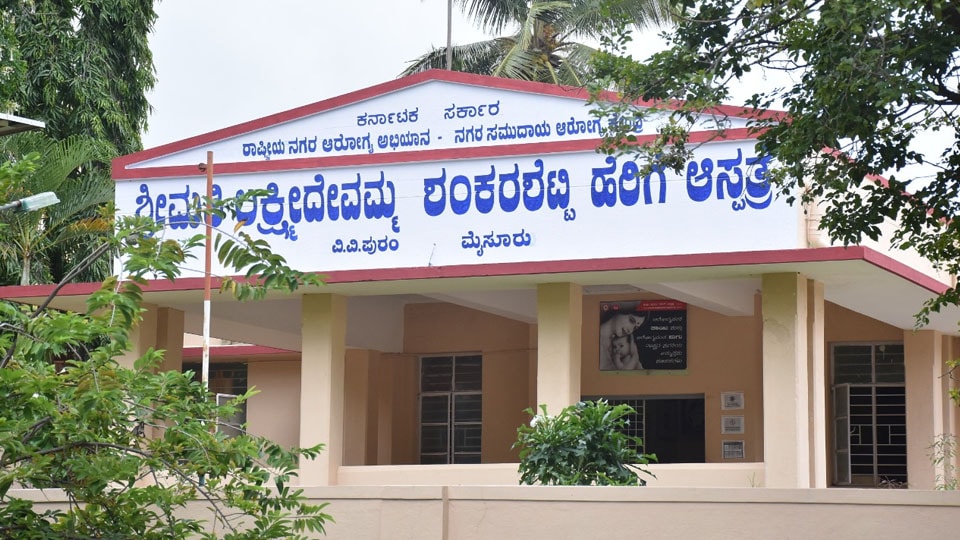 Amid contagion, 53 healthy babies born to COVID-positive women in Mysuru

Mysore/Mysuru: At a time when the Mysuru is witnessing a rapid increase in the number of COVID-19 cases, the birth of 53 healthy babies to COVID-positive women has brought hope and joy to hospital staff and those involved in the effort to contain the spread of the viral disease. Notably, all the babies have tested negative and their mothers are on their way to recovery.

Pregnant women are considered to be in the high-risk category and in case they test positive, they are admitted to Lakshmi Devamma Shankarashetty Hospital at Jayalakshmipuram that has been converted into an exclusive COVID maternity hospital.

After the Hospital was converted as the exclusive facility for COVID-positive pregnant women, the first childbirth was reported on June 20. Subsequently, deliveries were reported on June 27, 28 and 30. Till July 27, 53 babies have been delivered and of them 41 are Caesarean Section births and 12 are normal deliveries. 28 were boy babies and 25 are girls.

While the entire Health Department was working on a war footing to fight the crisis, these were tougher days for the gynaecology wing that has to ensure safe treatment to pregnant women. They had to ensure safe deliveries and took care to save the babies from the contagion.

Pregnant women are at a higher risk of contracting COVID-19 and they are vulnerable to infection because of the changes in their body and weaker immune system. Hence, pregnant women have to take extra precautions just as the elderly.

Keeping these factors in mind, Mysuru Deputy Commissioner Abhiram G. Sankar directed District Health Officer to establish an exclusive maternity hospital for pregnant women. Sources from the Health Department told Star of Mysore that when the first wave of the pandemic hit Mysuru in the form of Jubilant Generics Cluster case which saw over 91 COVID-19 positive cases, one woman from Ireland, who was pregnant, had come to Mysuru.

READ ALSO  Ban on tourist stay in Kodagu till July 5

Due to her travel history, many private hospitals refused to admit her though she was about to deliver a baby for the fear that the entire hospital might be sealed down if she tested positive. Later when throat swab tests were conducted on her, the results came negative. Despite this, private hospitals did not take her as an inpatient. Finally she was taken in by a hospital after the DC and DHO intervened.

When the Ireland woman’s case was reported, the number of COVID-19 cases was about 91 and the District Administration acted swiftly with foresight in case the cases increase and more and more pregnant women test positive.

The existing Cheluvamba and K.R. Hospital could not be converted as COVID maternity hospital as other non-COVID patients would be affected. They later identified State-run Lakshmi Devamma Shankarashetty Hospital and equipped the Hospital to handle deliveries and isolation. On June 16 and 17, two more pregnant women tested positive and they had come from K.R. Pet and Maharashtra to K.R. Nagar. Both were admitted to Lakshmi Devamma Shankarashetty Hospital and two healthy babies were delivered.

Later, the Lakshmi Devamma Shankarashetty Hospital was declared as the exclusive COVID maternity hospital. The hospital has two anaesthesiologists, two gynaecologists and obstetricians and three paediatricians. They work in shifts along with a team of other healthcare workers.

Hospital doctors said that the staff wore PPE kits and took other preventive measures during deliveries. The staff was already extra cautious to ensure that no harm was caused to either mother or child. All measures were followed to ensure the babies do not contract any virus.

The babies were given to mothers only when feeding and before mothers fed the babies, they are made to wear face protection and their hands are sanitised. Doctors said that the virus does not spread through breast-feeding. The mothers, however, are not allowed to kiss the babies. After feeding, mothers are isolated from their newborns.