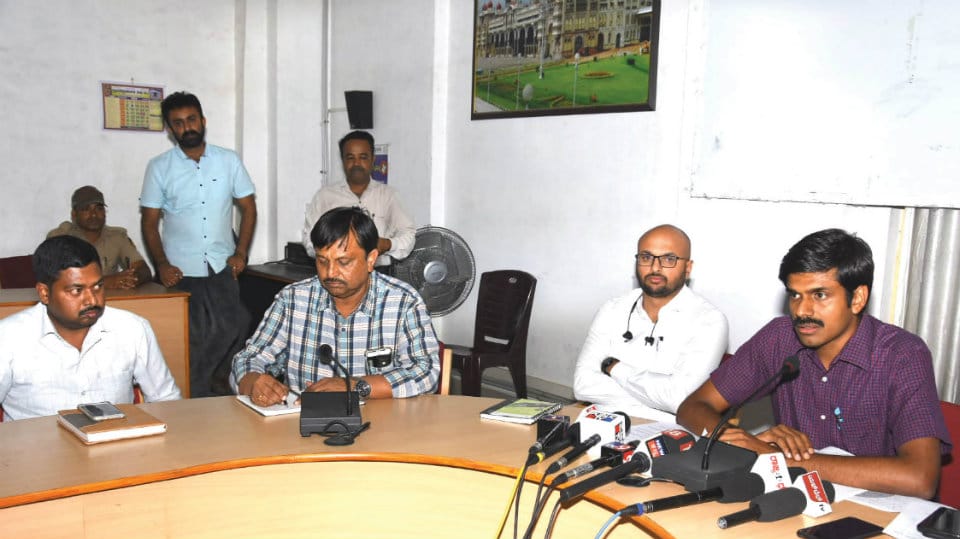 Mysuru/Mysore: Even as the Coronavirus scare has forced partial lockdown in the entire State, the confirmation of Bird Flu (H5N1) has brought more scare among the city residents.

Addressing an emergency press meet at his office here last evening, Deputy Commissioner (DC) Abhiram G. Sankar said that Laboratory test reports on viscera samples of two of the seven birds found dead at Kumbarakoppal last week have confirmed that the deaths were due to Bird Flu.

Pointing out that the viscera samples of seven birds found dead in different parts of the city were sent to National Institute of High Security Animal Diseases (NIHSAD) at Bhopal in Madhya Pradesh on Mar.12, the DC said that reports that were received on Monday afternoon have confirmed that two of the birds found dead at Kumbarakoppal have died of Bird Flu.

In this backdrop, one kilometre radius of the spot where the birds died, has been declared  as infected area and it has been ordered to cull all birds, including chicken, love birds, ducks, parrots, cranes and pigeons that are reared in 1-km radius.

Stating that the Veterinary Department will carry out the culling as per the protocol with co-operation from the Mysuru City Corporation (MCC), Abhiram G. Sankar said that all the staff that are part of the culling operation will be provided safety kits.

The Health Department will dispense Tamiflu tablets to the members of the family that reared the birds and also keep a close tab on their health, he pointed out.

Asserting that the people must not be unduly scared of Bird Flu (H5N1), the DC said that the disease spreads only among birds and it is very rare for humans to contract the disease.

In this backdrop, the Veterinary Department, in association with NCC, will start mass culling of all reared birds in 1-km radius of the spot at Kumbarakoppal, he said and added that all other necessary measures are in place to stop the outbreak of  H5N1 in the city.

All chicken shops in 10-km radius ordered to shut down

DC Abhiram G. Sankar has said that all chicken shops selling chicken meat and eggs, located in 10-km radius of the spot in Kumbarakoppal where the birds were found dead, have been ordered to shut from today (Mar.17).

The 10-km radius extends beyond the Outer Ring Road and also covers some villages in Srirangapatna taluk of Mandya district including Mogarahalli Manti on KRS Road. As such, the Mandya DC too has been informed of the mass culling of birds, he said.