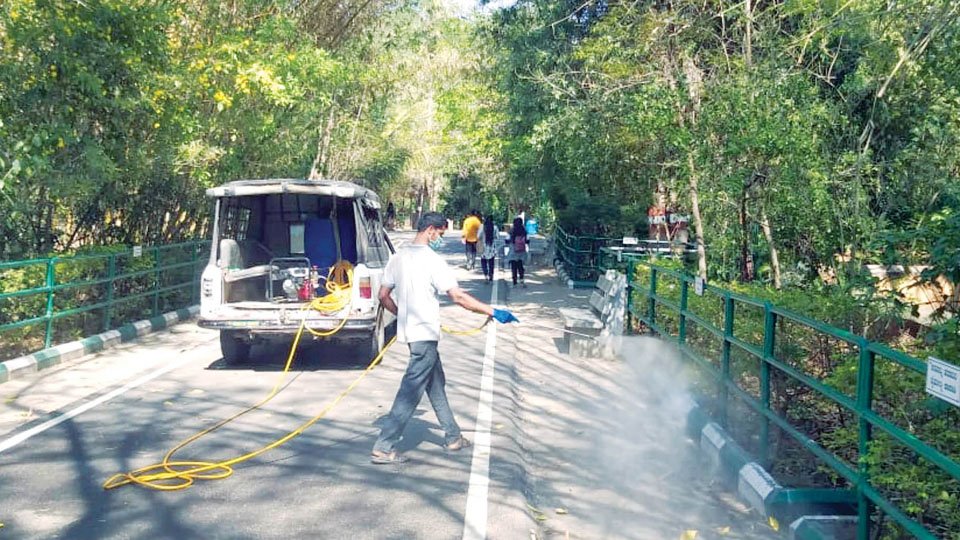 Mysuru/Mysore: In the wake of Bird Flu, all precautions are being taken to prevent the spread of disease at Mysuru Zoo and Karanji Lake.

When SOM contacted Zoo Executive Director Ajit M. Kulkarni this morning, he said that there are no traces of Bird Flu at Mysuru Zoo but all necessary precautions are being taken.

The Zoo Director said that sanitisation of Zoo, which was being carried once in a month earlier, is being done once in a week now and added that the Zoo remains closed from Mar. 15 to Mar. 23 following COVID-19 scare.

Continuing, he said that the Zoo was sanitised yesterday with the Zoo staff spraying disinfectants to prevent Bird Flu and added that all birds at the Zoo are healthy and are being given immunisation boosters regularly as per the Zoo protocol.

The Executive Director said that the bird droppings are being collected and sent to the laboratory in Bengaluru once in a week and are also sent to the Bhopal Lab once in a month for testing. The Zoo staff are closely monitoring the behaviour and movement of the birds and at present there is no scare of Bird Flu at the Zoo and Karanji Lake.

It may be recalled that the Mysuru Zoo is being shut for the second time in its 127-year history. The Zoo was closed for visitors for the first time three years ago in January 2017 for a month due to Bird Flu scare then.

Bird droppings, which were collected earlier, were sent to the lab for testing and no positive cases have come up but still, precautions are being taken up by spraying disinfectants at both the places, he added.