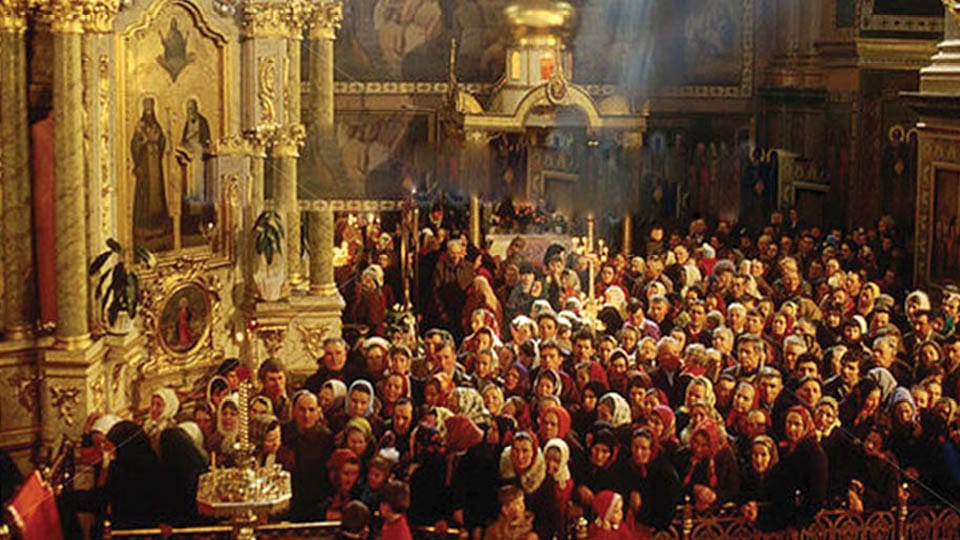 An Easter in Moscow

Churches in Mysuru will soon prepare for Easter, Good Friday being on the 14th and Easter Sunday on the 16th of April. Photos of Easter last year at Saint Gregorios Orthodox Syrian Church in Mysuru reminded me of an Easter thirty-three years ago in Moscow in the former Soviet Union.

We lived then in a Moscow city suburb, Vspolni Periyulok. Ours was an old house which, along with the Indian Ambassador’s Residence in the road Ulitsa Obukha belongs to the Indian Embassy. Our villa was said to have been originally built in the 1900s by a “Sugar Baron” [rich business man] from Petersburg for his mistress in Moscow.

The Residence of the Indian Ambassador also had an apocryphal tale connected to it: that a ballerina built it for her Bulgarian lover. She died young, leaving him her house and wealth, which he ran through. He is said to have ended up as the doorman at the theatre where she danced. 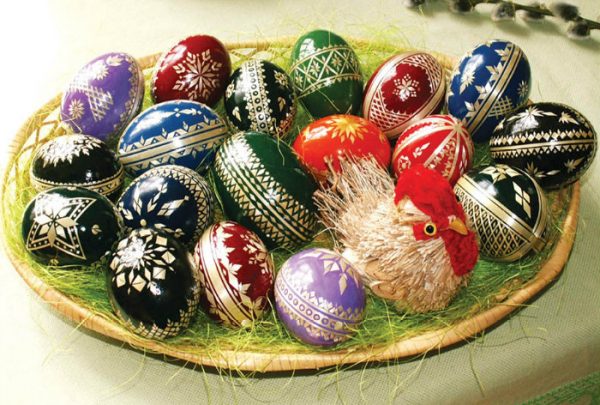 Beyond our home was a building where the dreaded Lavrentiy Beria, Marshal and head of the NKVD secret police, was said to have lived for a while.

I walked a kilometre to get milk [moloco], Russian black bread [klieb] and vegetables like cabbage [capusta] from a cluster of shops round a pond where two black swans swam, sometimes entwining their necks in a graceful caress.

Once I saw a tall, handsome man, the centre of a group of people at the pond and recognised him as the poet, Yevgeny Yevtushenko. He saw my sari and said, “So, you are an Indian friend! You have many Gods and Goddesses in your pantheon, don’t you?” and moved on with a smile. The sari often elicited friendship. But one freezing day (minus 150C), I was wearing boots and padded overcoat with a hood. A shop-girl berated me as a “Cygan” or “Gypsy” for failing to understand her Russian. She was surprised when I replied sharply in English. “Amerikansky,” she exclaimed.

Those days only officially approved institutions could interact with diplomats. Ladies from “Dom Druzhby” or the House of Friendship invited me to Easter Sunday at the Cathedral of Dormition [Uspensky Sabvor] at which the Patriarch of Moscow presided. I was to boil two eggs in tea or onion skins to colour them red and bring them with me. This colour is a symbol of the blood of Christ, the egg representing resurrection. 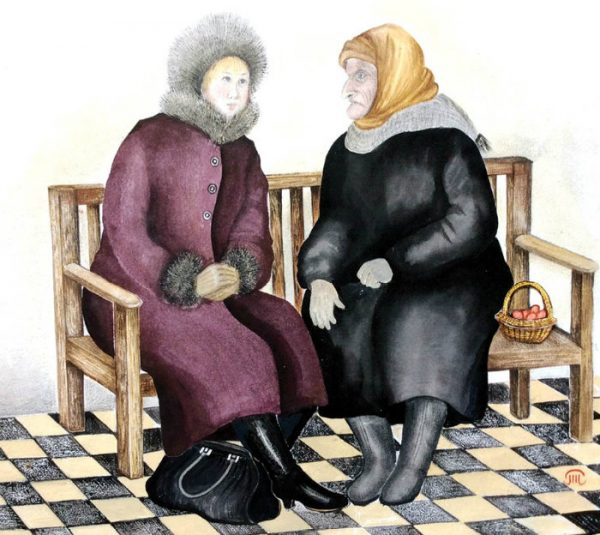 An illustration by the author: Nina Alecksandrovna and Lilya Ivanovna of the House of Friendship with a basket of dyed eggs.

In my best Kanjeevaram sari, holding two boiled eggs, I met the ladies at the Cathedral. The walls were richly decorated with gold and icons. Ornate gilded chandeliers hung from the ceiling. A throng of elderly women wearing scarves or fur hats embraced each other three times, exclaiming “Christos Voskres”! [Christ is reborn] with fervour. There were few men and hardly any young people in the church as the communist regime professed atheism and people preferred to keep their religious beliefs private.

The Patriarch’s acolytes took away the eggs I had boiled and handed him an ornate egg that he blessed and gave to me. At home I put it into a Kashmir papier-mache box lined with cotton wool.

From Moscow my husband was posted as Indian Ambassador to Japan. Departure meant farewell parties, packing and sending our goods to Tokyo. My mother Mukta’s flower paintings, our books and household goods, my Tamboora and the Easter Egg were packed in a lift-van [large wooden crate] for the long overland journey from Moscow across the Steppes to the Russian port of Nakhodka to be shipped to Japan.

The egg found a place in our Tokyo drawing room. I made the mandatory “Calls” on other ambassadorial wives. Apart from diplomats we met Japanese scholars like Hajime Nakamura, author of books on Buddhism and academics like Jason Roussos, a Greek teaching in Tokyo’s Sophia University. A balding, bespectacled man, he was witty and widely read. He would visit unannounced and the Haryanvi Security Guard would announce, “Jai Singh aaye hain.” 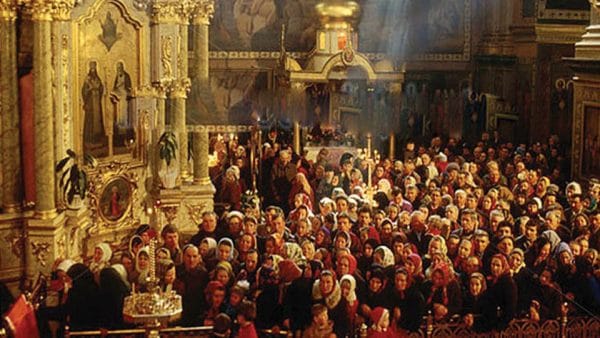 Easter Service in the Dormition Cathedral [Uspensky Sabvor] in the Kremlin.

Jason had his right thumb bandaged for many days. It turned out to be skin cancer. He was a good pianist and was unwilling to have his thumb amputated as the Japanese oncologists wished. He opted for London where he hoped he could be treated without losing his thumb. We accompanied him to Narita Airport to see him off. I wanted to give him a token of good will and friendship for this journey. I remembered that he was a Greek Orthodox Christian. I gave him the Easter Egg as a talisman. He was moved and said he would treasure it.

The treatment in London gave him only a couple years more of life. It was comforting to know that the Egg, blessed by the Patriarch of Moscow at Easter, had given Jason some solace in his last days.