Home » Feature Articles » An exclusive interview with Ace TV Show host Karan Thapar: “I was lucky I had a wife who liked the adult and child in me” – 1 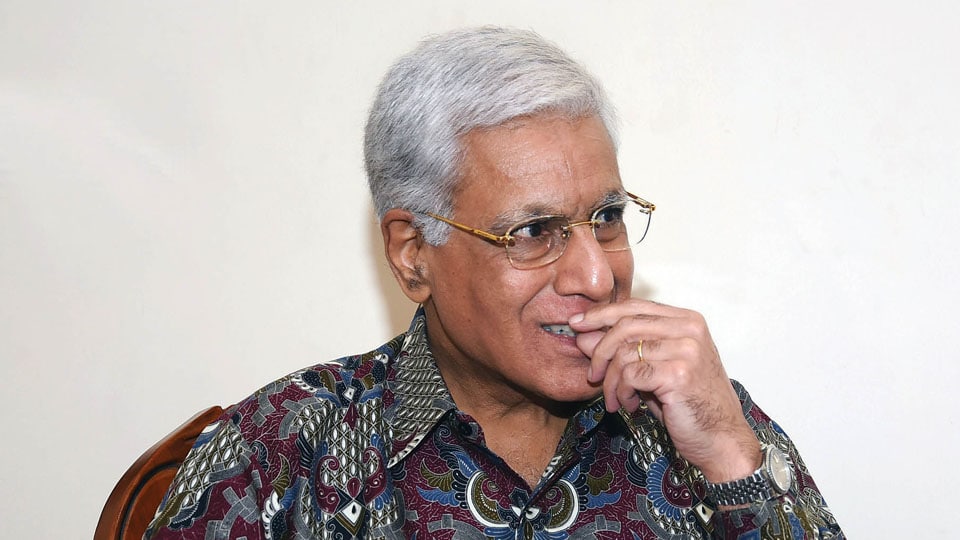 An exclusive interview with Ace TV Show host Karan Thapar: “I was lucky I had a wife who liked the adult and child in me” – 1

Interviewing people is an art and especially on television one needs a lot of skill, intelligence, wit and presence of mind to interview celebrities and more so the politicians. Ace TV Show host Karan Thapar is one such outstanding interviewer who with his grim, dour appearance, raises the hackles of the interviewees to the extent that some of the most famous personalities have stormed out of his interviews.

However, when he was in Mysuru recently to launch his book “Devil’s Advocate — The Untold Story” organised by Mysuru Literary Forum Charitable Trust, Mysuru Book Clubs-2015 and HarperCollins India at the Wind Chimes, he was not the Devil that he makes himself out to be on TV but a charming, witty, innocent, finger-chewing person with an impish smile.

After a riveting one-and-half-hour conversation with MP Rajeev Gowda and signing the books, Karan Thapar sat with Star of Mysore Features Editor N. Niranjan Nikam for nearly half-an-hour and refreshingly opened up to the many pointed questions posed to him including his cheating with questions, his secret chaperoning of Pakistan High Commissioner to Deputy Prime Minister L.K. Advani’s residence, the boycott of BJP and most importantly about his late wife Nisha Meneses, which leaves everyone with a lump in their throat. Excerpts. —Editor

Star of Mysore (SOM): Reading the first 35 pages of your book Devil’s Advocate, it looks like you had everything right, from the time you were born to General Pran Nath Thapar and Bimla Thapar to the time you got the first job with The Times, London. That is, you seem to have got everything on a platter which many envy or are even caustic about. How do you feel now when you look back?

Karan Thapar: It is just good luck I suppose. I was born to nice parents who were very loving and caring. This is not something I could claim credit for; this is something that God desires and not you. The environment I grew up in was one that my parents gave me as they were broad-minded, open and interesting. They gave me the opportunity to do all that I wanted to do; they never pushed me in any one direction, my parents were happy for me to do whatever I felt like doing.

SOM: After you joined London Weekend Television (LWT), you have admitted that you cheated the channel by writing in The Times the Benazir interview. As journalists we know that anything like this happens most often than not you are going to be sacked. But you got away by again writing about Aung San Suu Kyi. What is the lesson you have for the younger lot?

Karan Thapar: (Laughs) Well, if you are going to cheat make sure you are going to do it cleverly and you don’t get caught. The danger is getting caught. I suppose all of us in our lives do a little bit of cheating and we always hope we will never be caught. And it is when you are caught you are embarrassed.

I almost got caught I think when I did the interview with Benazir because when everyone saw it the next day in Times, they realised where I was. However, the Aung San Suu Kyi interview didn’t worry LWT so much because I don’t think they were interested in her so much. It is always dangerous and risky to cheat on your employers. 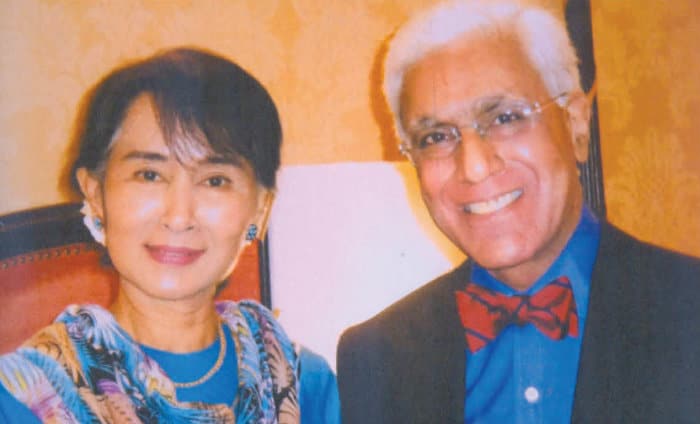 With Aung San Suu Kyi after an interview in November 2012.

SOM: What according to you is the difference between Print and Television interview?

Karan Thapar: The big difference between print and television is, on TV you are seeing the interview and, therefore, people judge not by just what is spoken but also by how people see, what they are wearing, what they are doing, the tone with which they are speaking. These are all non-verbal communication which matters enormously on television. But in print you only read it and you have no idea whether he was angry, whether he was smiling or laughing, what he was looking like. This dimension is missing in print. That I would say is the big difference.

SOM: There is this great photo of you sprawled on Benazir Bhutto’s car in Cambridge and the headlines alongside of your romance with her, which you denied of course, when you were the Cambridge Union President as a 22-year-old. Would you share those moments with us briefly?

Karan Thapar: (Smiles) What happened was that when I was in the Cambridge Union someone or the other went and told the local newspaper, the Cambridge Evening News that Karan was dating Benazir. This was a bit of mischief done by someone and the local reporter who used to cover the Cambridge Union came and asked me, are you having a love affair with Pakistan Prime Minister’s daughter, who also happens to be the President of the Oxford Union. I said no, it is complete rubbish. It is a cock and bull story. So, that was the basis of that report titled, “Union Head denies romance.” However, it was a bit of early fake news. 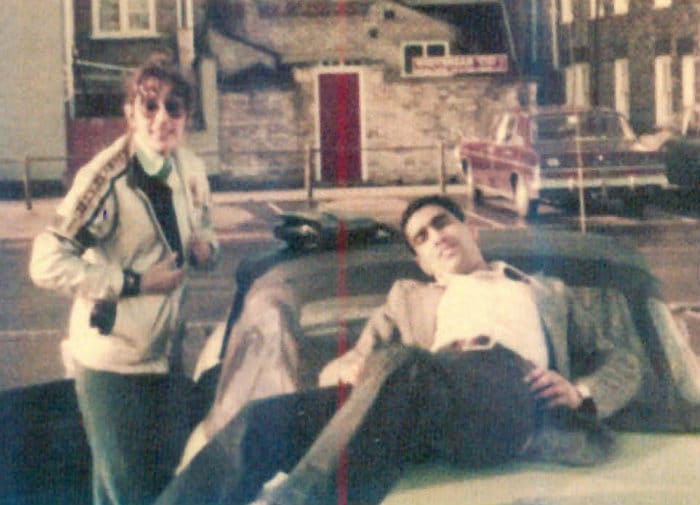 SOM: Do journalists act as go-betweens, especially when it comes to two nations and that too India – Pakistan? For instance, you drive Pakistan High Commissioner Ashraf Jehangir Qazi to Deputy PM Advani’s residence. You yourself being a television journalist, don’t you think this could have raised hackles like it is happening now, over the clandestine meetings between leaders of two enemy nations?

READ ALSO  Royal couple on Life and Times in Palace

And when this opportunity came my way by accident, I happily did it. Ashraf was a good friend, I had known him for a long, long time; Mr. Advani in the process became a good friend and I was happy to bring them together, they got on very well with each other. And, of course, as you can see it gave me a great story to tell.

You must also know that I first introduced Ashraf to George Fernandes; George and Jaya Jaitley came over to my place two or three times for dinner. But when Ashraf realised that the matter needed to go through someone higher, George himself arranged the first meeting with Mr. Advani and told me ‘you drive Ashraf to Mr. Advani’s residence.’