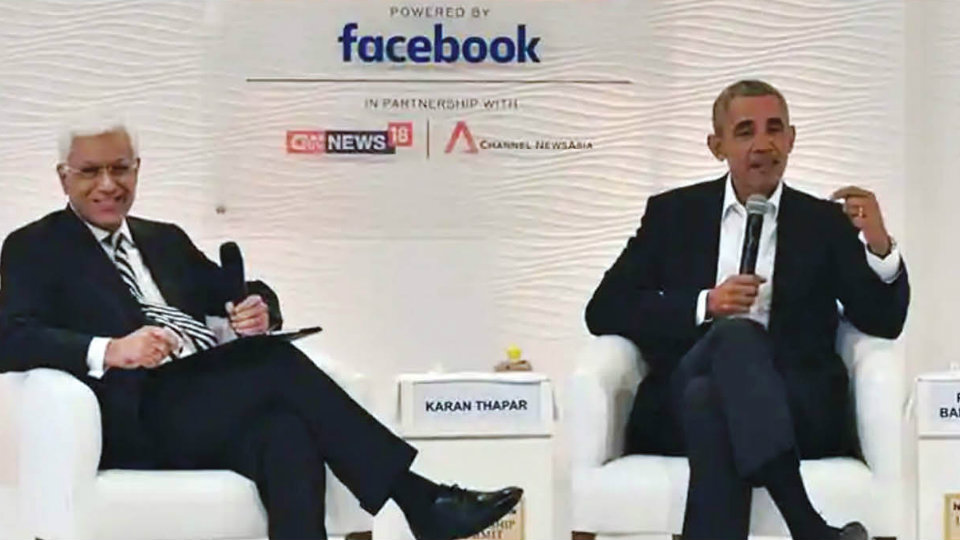 If Obama thinks he has a right to ask for questions, I have a right to give him questions I won’t ask

Star of Mysore (SOM): As interviewers we never like to share questions in advance. But you have said talking about US President Barack Obama how he wanted them in advance. However, you have also mentioned how questions can be fobbed off. How many times have you in other words cheated once you have sent questions but asked different ones?

Karan Thapar: Oh many, many times. People ask for questions and make a condition that if you don’t give questions, they won’t give the interview. So I write out the questions, some of those are so obvious that any fool would realise this has to come up. So I am not doing him any great service by letting him know that I am going to ask this question because if he has half a bit of intelligence, he knows that this question has to be asked. And the other two questions I just make out as I know I am not going to ask them but as I need to fill out a page I do it. If he thinks he has a right to ask for questions, I have a right to give him questions I won’t ask.

SOM: So you have that approach?

Karan Thapar: Absolutely and I think you should because I don’t think politicians have the right to ask for questions.

SOM: It is very interesting how you interpret your own tough line of questioning interviews in ‘Sunday Sentiments’ column “Is interview a game?” According to you, is it still a game though you have come to some conclusion about cops and robbers?

Karan Thapar: See there is no doubt there is an element of game playing in all interviews. Now, your job as a journalist is not only to ask difficult questions but to try to catch out the person with his answers. That is, either by exposing something or by revealing what he doesn’t truly understand or by bringing to his attention of problems that he hasn’t thought up in whatever way. You are out in quotation marks to expose him.

He is out to try and win the audience, to impress, to convince the audience that he knows the answers to the problems. So there is a sense of not just divergence but an inherent conflict in the situation. And that is what I call the element in play is scoring points of each other, and that is much more obvious in television interviews than in print.

SOM: But what was the experience with Obama like, though you have shared it in the book?

Karan Thapar: I think he is a very impressive person to meet in the sense that he is likeable, friendly and very chatty; there is no stiffness in the man. However, what put me off is that not only did he want to know the questions in advance but he was also willing to strike out questions which he did not want to be asked which left me with no choice but to bring back three of those questions.

SOM: Now, coming to the many revelations you have made in the book, it breaks the cardinal principle ‘never reveal your source.’ But you have done it time and again, so much so that even Diplomat-Politician Pavan Kumar Varma remarked about your disclosure about Modi in our newspaper [Refer Pavan Varma interview in SOM dated Aug. 21 and 22]. Please comment.

Karan Thapar: I will tell you the truth. First of all what Pavan said to me, it was not said in confidence. Every conversation you have with someone is not a confidential conversation. It may be private because there are no other people in the room but it doesn’t mean to say it is confidential. When people want you to hold something in confidence, they explicitly say so. In no way did Pavan indicate to me by word or by gesture that this was confidential.

Secondly, at that particular period of time when Pavan told me this about Mr. Modi and about Prashant Kishor there were many other things he told me when he explicitly, deliberately and repeatedly said this is confidential. But he didn’t say about this at all. 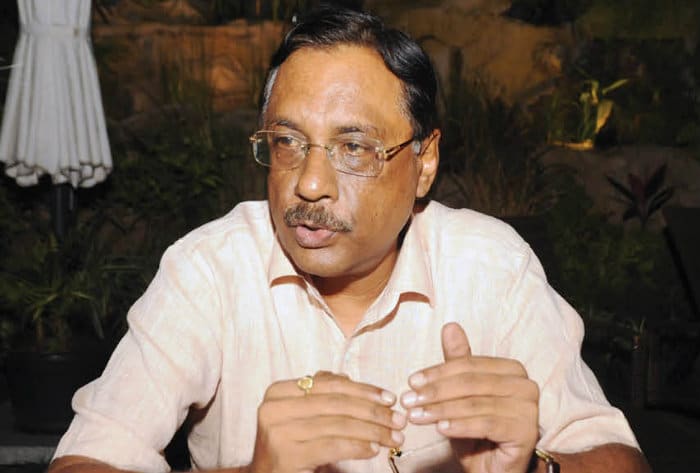 Thirdly, this concerns me in a very intrinsic, intricate way. This is me that he is talking about, clearly he intended for me to make use of it as I want.

If you see the interview he gave Jyoti Malhotra in The Print, he makes it very clear, first of all that he is not disputing what Karan said, elsewhere he has claimed Karan is lying but to Jyoti Malhotra he makes it clear, very clear that ‘I am not disputing what Karan said, I am simply concerned why didn’t he clear it with me before he went and wrote about it.’

SOM: That is what he told me in his interview with ‘Star of Mysore.’

Karan Thapar: I will tell you. It is a very simple answer. What Pavan was doing was being indiscreet. It was quite clear he was being indiscreet in repeating something to me. If I had gone to him and said Pavan I want to go public with you on this question I will be putting him in an awkward position. Either he has to say no please don’t go public, cover up for my indiscretion or he has to admit that he was indiscreet and publicly reveal he was indiscreet. Either way I am pushing him into an embarrassing position, which would be not right, because he is a friend and he remains a good friend.

READ ALSO  An exclusive interview with Ace TV Show host Karan Thapar: “I was lucky I had a wife who liked the adult and child in me” - 1

After the launch in Delhi on 25th of July, in fact, he had dinner with me on 29th of July. He is a good friend and we both joked about it. He said Karan is making up this story and I said to people, Pavan is having a senior moment.

SOM: As a result you have made enemies and drawn the wrath of leaders like Advani, Ram Jethmalani, late Jayalalithaa and the list goes on. But the worst is the present PM Narendra Modi himself and the BJP whom you have completely antagonised. Do you regret at all for your stubbornness, idealism or lack of smartness. Is it worth all this when you have almost become a pariah?

Karan Thapar: Well, I don’t regret it at all, not one little bit. If I had a chance to do the same thing all over again I am sure I would do it. Have I become a pariah? I think for the BJP today I am a pariah. But if the BJP were to falter and not win power in 2019 or if a weak BJP government comes, then things will change. BJP is aware of it and I am aware of it. These things change.

There were loads of Congress Ministers who were very arrogant when they were Ministers. I don’t want to name them and I don’t think it is necessary. The moment they lost power, they became very different, and they began knocking on your doors instead. Suddenly they want to be interviewed, they want the attention of the Press, and they miss it. So people change when they are not in power and all of a sudden when the BJP ceases to be in power, their attitude to Karan will also change. 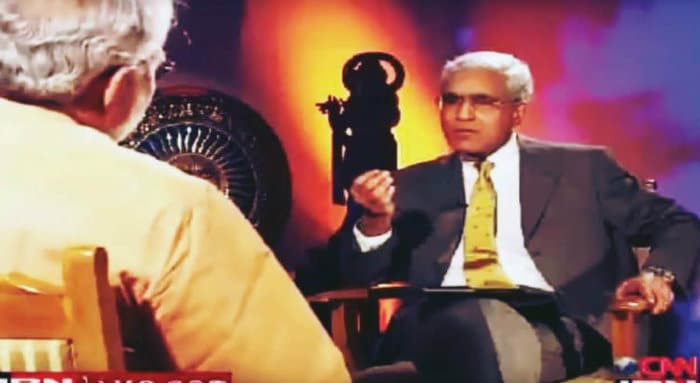 Anyway there is one BJP Minister and you can happily mention this because he has begun giving interviews as of two weeks ago and that is Nitin Gadkari. Nitin also has problems with the Prime Minister.

Nitin gave me a one-hour interview for The Quint and he again appeared at great length on a discussion that I anchored which is for Abhishek Singhvi’s book launch. So Nitin Gadkari is already one Minister who is breaking the BJP boycott of Karan and I am sure, in due course, more and more Ministers will join him.

[To be concluded tomorrow]