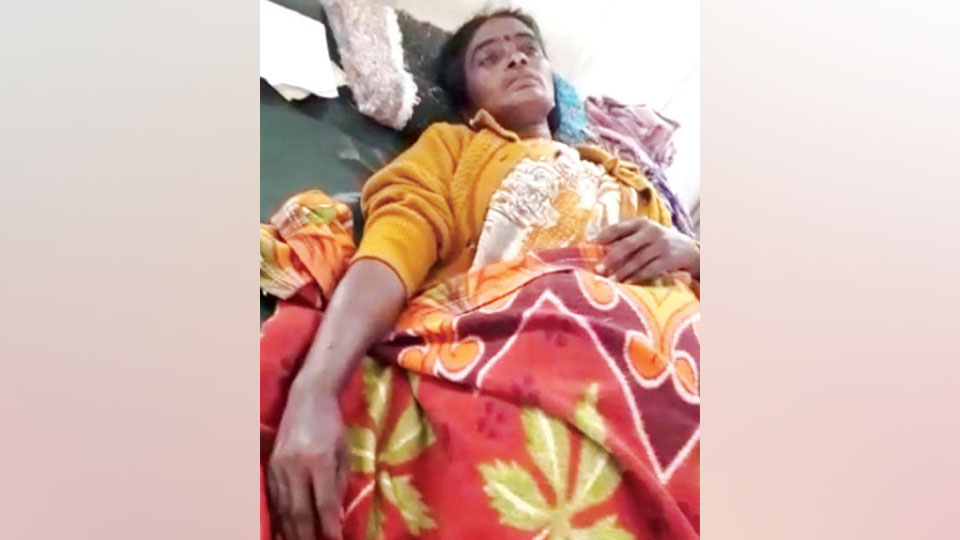 K.R. Pet: An Anganwadi Assistant, working at an Anganwadi Centre at B.B. Kaavalu village in the taluk, was allegedly assaulted by a man for refusing to give him the attendance register on Thursday.

While the injured has been identified as Yashoda of B.B. Kaavalu village, the person who brutally assaulted her is Channakeshava, son of Puttaraju, also of the same village.

Meanwhile, teachers working at the Government Primary    School, who rushed to the spot, rescued Yashoda from being assaulted further and sent Channakeshava away after    advising him.

Yashoda was rushed to the Government Hospital, where she was provided first aid and was later shifted to K.R. Hospital in Mysuru for further treatment, according to the complaint lodged by her (Yashoda) daughter Anusha with the Rural Police.

Sub-Inspector K.N. Girish, who received the complaint, has filed a FIR in this regard and is investigating.