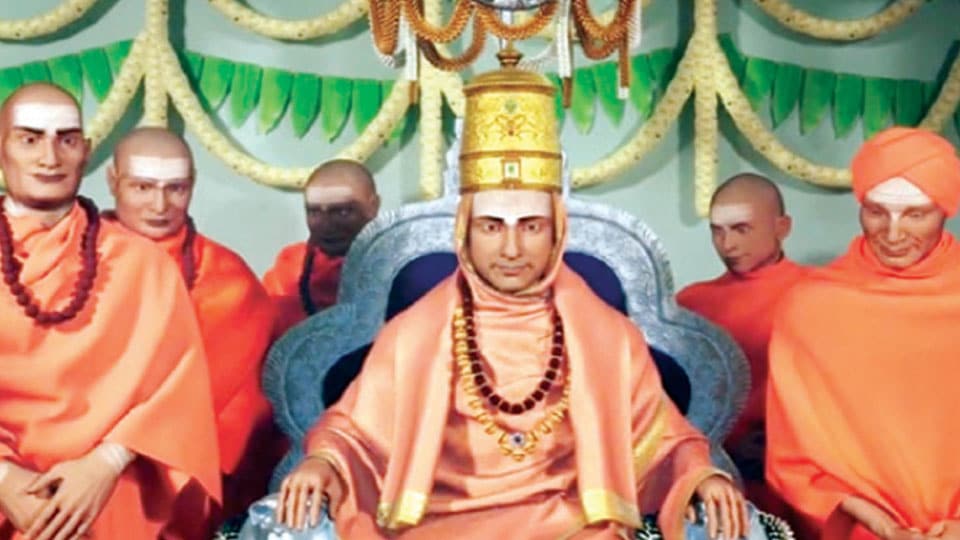 Mysore/Mysuru: ‘The Heritage of Sri Suttur Mutt,’ an animation film in English, produced by city’s JSS Mahavidyapeetha, has bagged the ‘Best Religious Film’ award at the White Unicorn International Film Festival held in January this year.

Also, Film Director Abdul Karim has bagged the Best Director award. The film was conceptualised by the city-based Shoonyeka Solutions Animations.  Kolkata-based Film Partners Studios (FPS) has partnered the conduct of White Unicorn International Film Festival for years. About 800 films from different countries, languages and forms, had taken part in this year’s International Film fest and more than 100 of them had entered the final rounds.

‘The Heritage of Sri Suttur Mutt’ animation film  features the centuries-old history of the famed Mutt, contribution of Seers, including Adijagadguru Sri Shivarathri Shivayogi Swamiji and Dr. Sri Shivarathri Rajendra Swamiji, over the years and the Mutt’s yeoman services to society in various fields, according to a press release from JSS Mahavidyapeetha Executive Secretary.