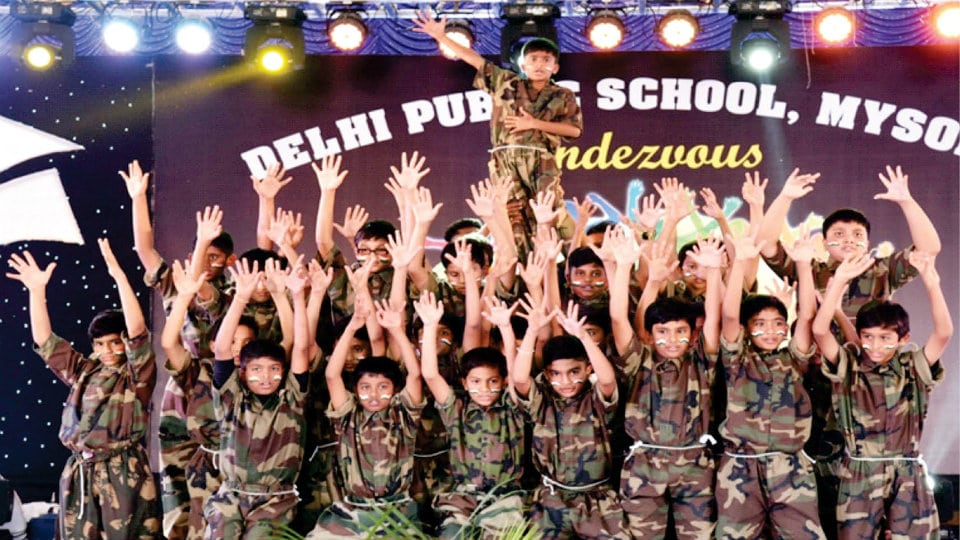 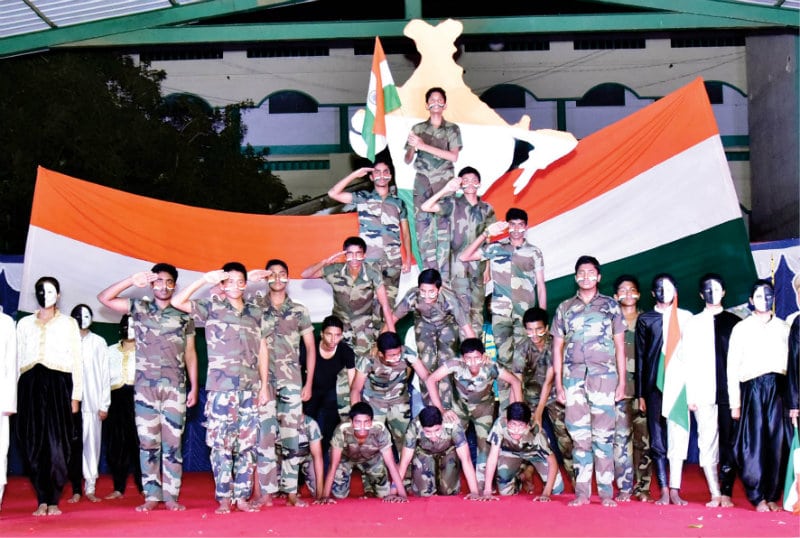 “Rendezvous”… hamari kainaat, the glorious and grandiose Annual Day celebration of DPS Mysuru was held recently. Students showcased their talents in different ways and inspired every one with their dialogue delivery and magnificent dance performances. Performances were in three segments.

The program was inaugurated by  Shivkumar, PF Commissioner, Shivaraj Jadhav, TV and cine actor and Jawhar, ACP (retired), the chief guests for the three segments, along with Maqsood  Ali  Khan and Shazia Maqsood Ali khan, Members of Board of management, Nagaveni, Principal, DPS Mysuru, by lightening the lamp.

This was followed by presentation of annual school report which highlighted the achievements of DPS Mysuru in various fields in the last academic session. 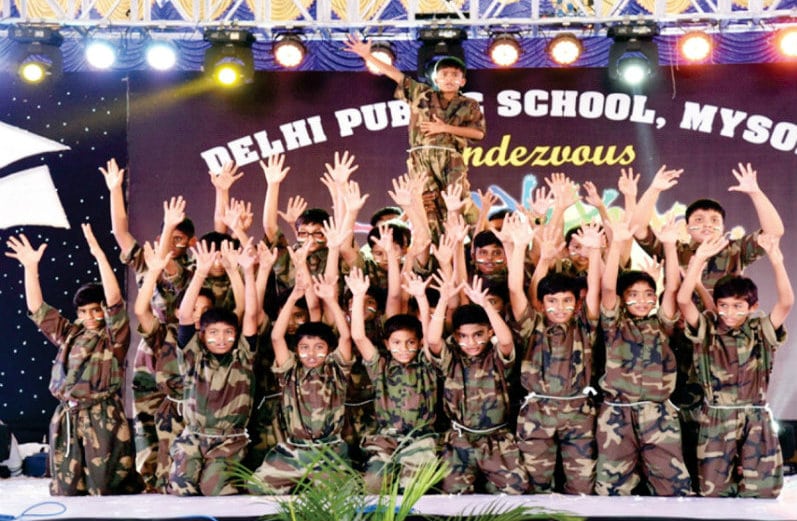 Later, the chief guests threw light on many aspects of schooling in their address.

Shivkumar emphasised to concentrate more on the process of achieving the goal rather than thinking of only the goals.

Shivaraj Jadhav, in his address, appreciated the role played by DPS Mysuru in providing quality education and values to the children.

Colourful dance forms and skit by the students marked the day and filled the hearts of parents and others with pride and happiness.

“Wonder Flies” …lets dream high, was the theme for  the KG to Class 2 show, in which the tiny-tots of DPS Mysuru flew magnificently with colourful dreams as defence forces, Barbies, astronauts, air hostess and so on. The lead character ‘Alice’ with the help of her magic book, took the audience through her dreams.

The cultural programme of second segment with Class 3 to 5, was a dance-drama on the theme Relationship — “Bandhavya” …the inner strength.

The show depicted all relations from birth of a girl child to father, mother, grandparents, siblings, and moving to a child’s second home — the school, displaying role of teacher, importance of friends,  farmers and the unconditional service rendered by our soldiers to the nation.

The third segment brought out the essence of cultural diversity and rich heritage of the countries in one family — ‘The Synergy.’

The students in the skit and dance stole everyone’s heart in the audience by delivering dialogues with proper intonation, confidence and scintillating moves.

It was a very big message of emotions by students, which received a standing ovation by one and all in the audience. 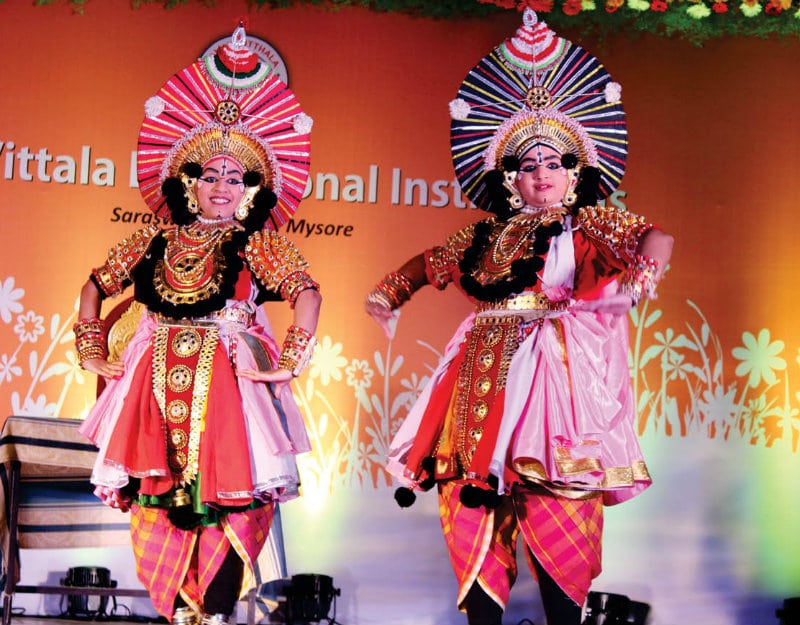 Academic toppers of the previous year and other talented students, who have excelled in the field of music, literature and sports, were felicitated during the occasion.

The evening was marked with various cultural programmes in which the talents and skills of students were brought into limelight with the presentation of extravaganza of music and dance depicting the classical, traditional and contemporary trends of entertainment.

“The youths of India should realise the values of Indian culture and tradition, and then move towards the western or the universe,” said actress Malavika Avinash. 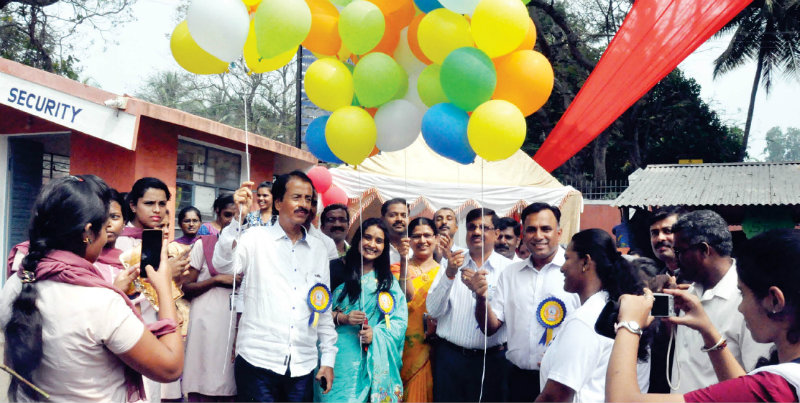 Speaking after inaugurating the ‘Sambhrama – 2017’ hosted by JSS PU College for Women in Saraswathipuram recently, she stated that at present there are ample opportunities for women to progress. N.R. Group Director Arujun M. Ranga, MLA Vasu, JSS Mahavidyapeetha Secretary-I S.P. Manjunath, Principal M.P. Rajeshwari, Teaching and Administrative staff and students witnessed the function which began with invocation by Arya, Shivani and Bhargavi. Ramyashree Sunil welcomed. H.M. Sowmya proposed a vote of thanks. Dr. B. Sapna compered.