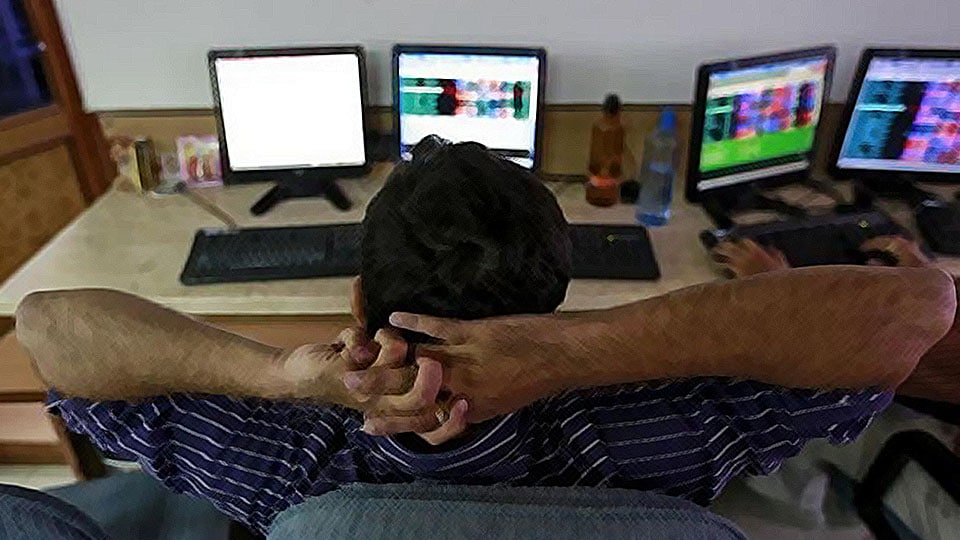 Mysore/Mysuru: Close on the heels of city businessmen being cheated to the tune of over Rs. 25 crore by a group of stockbrokers, another case of a man claiming to be a stockbroker, cheating people of more than Rs. 50 crore across three districts, has been reported in city.

One of the victims, 47-year-old C.H. Nagesh of Hassan has lodged a complaint at V.V. Puram Police Station in city against one Kantharaj of SBN Enterprises on Contour Road in Gokulam 3rd Stage and resident of an apartment complex in Yadavagiri, of cheating him of over Rs. 4 core!

According to the complaint lodged by Nagesh on Sept. 19 at V.V. Puram Police Station, accused Kantharaj, who was his college mate, had visited him last year at his home in Hassan and told him that he was running SBN Enterprises, a stockbrokerage firm.  He then told him that his company, SBM Enterprises was doing very well with Mysuru’s top businessmen being his clients and that he should invest with him too.

Nagesh in his complaint has alleged that when he asked Kantharaj for the dividend money for his Rs. 4 crore investment, he (Kantharaj) began to give excuses by saying that his company was running under loss and he would pay the money in the coming days but not a rupee was received.

Nagesh knew he was duped when Kantharaj’s phone stopped working.  Frustrated and worried, Nagesh came to Mysuru to Kantharaj’s Office in Gokulam, only to find it shut. Following this, Nagesh lodged a complaint against Kantharaj, Usha Kantharaj, Shravanth Kantharaj and Madhu (driver) at V.V. Puram Police Station on Sept. 19.

He also alleged that he had even invested his parents’ retirement money of  Rs. 50 lakh with Kantharaj, which he paid in cash to Kantharaj’s associate.

When asked what proof he had of having paid Rs. 50 lakh cash, he said that he does not have any legal documentation like many other investors, but has WhatsApp conversation pertaining to the transaction.

Most investors say the modus operandi of Kantharaj and his associates was simple — take high-end cars, impress people, promise them that they too can lead a similar luxurious life and convince them to invest to get high returns.

Sources in Mysuru finance circles say that many people are not coming forward to lodge complaints as they have paid in cash. It is also said that it is not just Kantharaj alone who is responsible but also his associates. They say these associates have not gone absconding because they have put the blame on Kantharaj and made him the face of the con.

It is also said that many doctors and businessmen in city and members of various reputed Clubs have been duped.

Meanwhile, the expensive cars have gone missing from the parking lot of the apartment where Kantharaj was staying!

It is said some investors have taken away Kantharaj’s expensive cars ranging from Lamborghini to Benz as they feared that a Police complaint means these cars will be seized, which means they cannot be sold.

For now,  V.V. Puram Inspector L. Arun, who has registered a case under IPC Section 46 and 420, read with 34, is investigating the case while also launching a hunt to nab the accused Kantharaj.

Also, his associates have not been made a party yet as their names are not in the complaint.