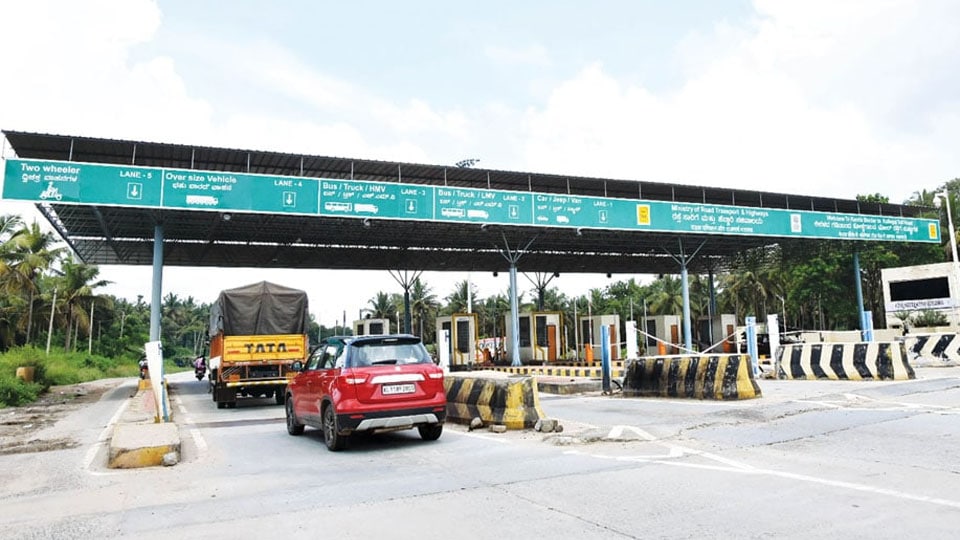 Another blow for Highway motorists as Toll fee hike planned

FASTag is a Radio-frequency identification Technology (RFID)  introduced by the Union Ministry of Road Transport and Highways in October, 2017. An RFID enabled sticker that is fixed to a vehicle’s windshield, will enable a reader at the Toll booth to scan the card and automatically process the payment.

The tags are made mandatory as a way to both encourage digital payments and free up congestion at Toll booths.

The Union Ministry of Road Transport and Highways, which made FASTags compulsory from Feb. 16, has now decided to hike the Highway Toll fee by five percent with effect from Apr. 1.

Besides, the Centre has proposed to hike monthly pass fee by Rs. 10 to Rs. 20.

NHAI (National Highways Authority of India) Karnataka Zone Planning Director Suryavanshi said that the NHAI revises the Toll fee every year and accordingly, it is proposed to hike the fee in the coming financial year too.

Noting that the hike in Toll fee, will have a cascading effect, he said that it is but natural that transporters pass on the hike to consumers, who ultimately feel the pinch of price hike.

Pointing out that the strict enforcement of FASTag has yielded Rs. 104 crore more, Suryavanshi said that 93 percent of the vehicles in Karnataka have FASTags and only 7 percent remained out of this. Meanwhile, motorists have urged the Government to stall the proposed Toll fee hike from Apr. 1. Pointing out that the hike will be additional burden for the common man who is already reeling under spiralling prices of fuel and other essential commodities, they urged the Centre to drop Toll hike plans.