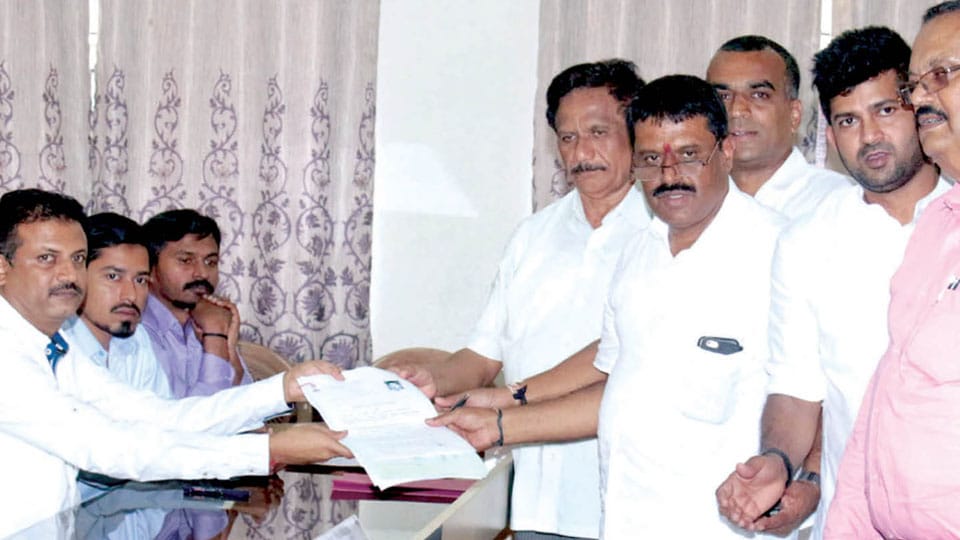 Appachu Ranjan, a former Minister, accompanied by hundreds of supporters, performed special puja at the town’s famous Chowdeshwari Temple at 10.30 am, before marching in a grand procession to the District Administration office where he presented his nomination papers to Assistant Commissioner Ramesh Konareddy, who is also the Assistant Electoral Officer.