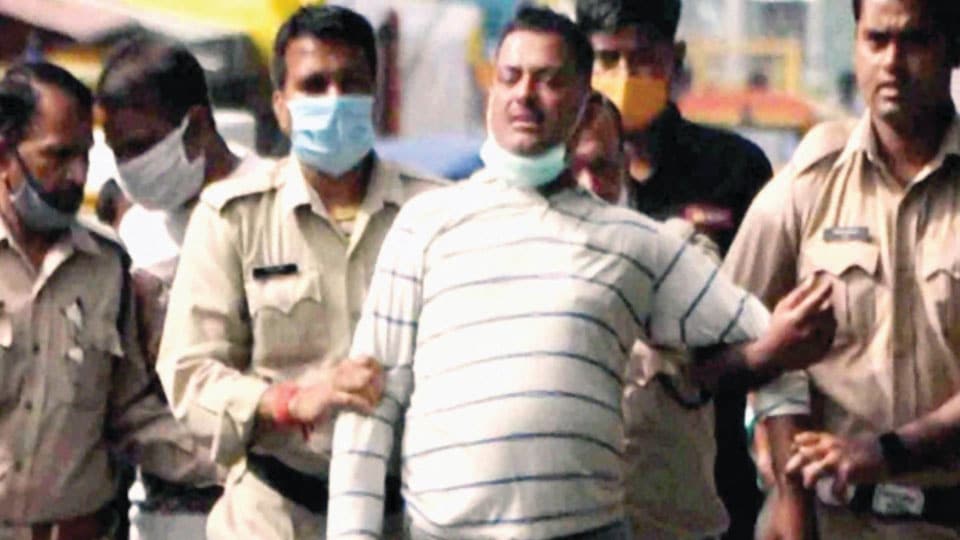 Kanpur: Gangster Vikas Dubey was killed in an encounter after a road accident this morning while being taken to Kanpur in Uttar Pradesh from Madhya Pradesh where he was arrested yesterday.

Vikas Dubey snatched the gun of a Policeman and tried to run but was surrounded, the Police said, asserting that they had tried to get him to surrender.

Just an hour short of Kanpur, the car in which Vikas Dubey was being taken overturned on the rain-slicked highway and he tried to escape, the Police said. He was shot dead, like many of his accomplices who, according to the Police, had also tried to escape from custody.

“The car overturned and Policemen and the accused were injured. Then Dubey grabbed a gun from an injured Policeman and ran. The Police team caught up and surrounded him and tried to get him to surrender, but he refused and started firing. The Police had to fire back in self-defence,” the Kanpur Police said.

“Vikas Dubey was injured and taken to hospital. He died during treatment,” said the statement.

On the run since he organised the massacre of Policemen at his village in Kanpur last Friday, Dubey was arrested dramatically yesterday at the Mahakal temple in Ujjain, Madhya Pradesh.

Hours before Dubey was killed, a plea was filed in the Supreme Court apprehending such an eventuality as some of his co-accused were already eliminated, showing “complete lawlessness”. In a PIL, Mumbai-based advocate Ghanshyam Upadhyay sought a court-monitored CBI probe into the entire episode including the alleged encounter of Dubey’s co-accused.  During the hunt for Dubey and co-accused, five of his accused aides were arrested/caught and then killed by the Police in the name of encounter. Thus, there is every possibility that even Dubey shall be killed by Uttar Pradesh Police like other co-accused once his custody is obtained,” Upadhyay feared.

3 COMMENTS ON THIS POST To “Arrested Yesterday, Dead Today”