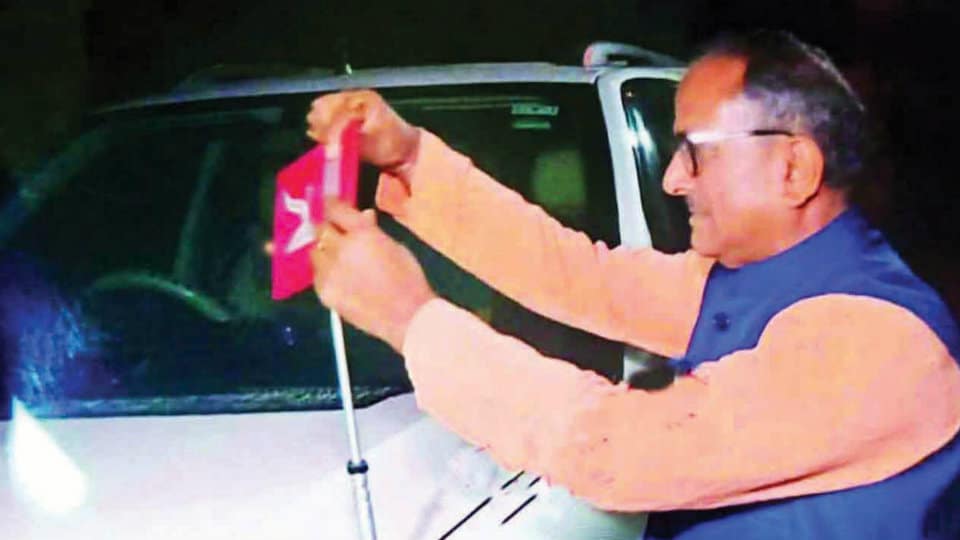 New Delhi: President Ram Nath Kovind this morning declared abrogation of the provisions of Article 370 of the Constitution, which gave Special Status to Jammu and Kashmir. The move came after both Houses of Parliament passed a resolution in this regard.

The Centre’s bold move to revoke Special Status and bifurcate the border State into two Union Territories secured Parliament’s approval yesterday with the Lok Sabha passing the new measures with over two-thirds majority.

The resolution abrogating provisions of Article 370 of the Constitution to take away the special status was adopted by the Lok Sabha with 351 members voting in its support and 72 against it, while one member abstained. And in a sheer coincidence with the number 370, the Bill to create two UTs — Jammu and Kashmir, and Ladakh — was passed by 370 votes in favour and 70 against.

“In exercise of the powers conferred by Clause (3) of Article 370 read with Clause (1) of Article 370 of the Constitution of India, the President, on the recommendation of Parliament, is pleased to declare that, as from the 6th August, 2019, all clauses of the said Article 370 shall cease to be operative…,” an official notification said.

Jammu and Kashmir will no longer fly its own flag and the Indian National Flag will take its place. With Article 370 revoked, Article 35A, which prohibited outsiders from buying property in the State, has dissolved. Now, Indians from the rest of the country can purchase property and apply for Government jobs.

PM to address the nation today

After hailing the Jammu and Kashmir Reorganisation Bill as a ‘momentous occasion’ minutes after it was passed in Lok Sabha, Prime Minister Narendra Modi is likely to address the Nation today. However, the sudden and untimely death of former External Affairs Minister Sushma Swaraj late last night, it is being speculated that his speech might be delayed.

Taking a dig at all the political parties in the Valley, Modi said Jammu and Kashmir is now free from the shackles of “vested interest groups”, who believed in emotional blackmail and never cared for people’s empowerment. He lauded people of Jammu, Kashmir and Ladakh for their courage and resilience. “A new dawn, better tomorrow awaits,” Modi wrote on Twitter.

While New Delhi brought about an a historic change in the history of Jammu and Kashmir by doing away with its special status and downsizing it to two Union Territories, the Kashmir Valley continues to reel under an unprecedented lockdown as security personnel patrol deserted streets, two former Chief Ministers are in detention, one is under house arrest and several activists of major mainstream parties are being rounded up.