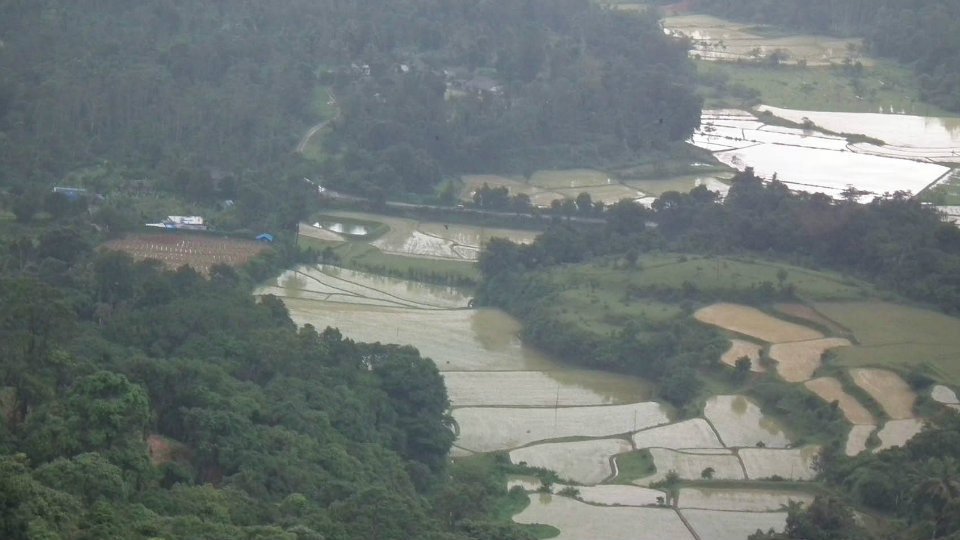 Report says no agriculture and plantation activities can be taken up in ‘Jamma Baane’, ‘Sagu Baane’ lands as it belongs to Government

The report states that as per Appendix-III of Coorg Regulation, ‘Baane’ is defined as forest land to be held by the cultivator for grazing and to extract leaf manure, firewood and timber required for agricultural and domestic purposes. This land is free of revenue. Besides, Chapter V, Para-91 of Revenue Settlement of Coorg 1910 also defines ‘Baane’ land as forest land.

“In view of the above rules, ‘Baane’ land belongs to the Forest Department and the Revenue Department does not have any jurisdiction and authority over such lands. Hence, action of the Revenue Officers of fixing land revenues on ‘Baane’ land and according permission for sale and change of land use is not correct and is beyond the Department’s jurisdiction,” the Report said.

Justifying its observation, the audit team said that there were various kinds of lands in the possession of planters and agriculturists — Jamma land, Sagu land, Umbali land and Jahagir land — which were granted by erstwhile kings of Madikeri and thereafter by British, in appreciation of the service rendered by the people in the Army.

If such land is attached to a Jamma or Sagu land, these were called ‘Jamma Baane’ land and ‘Sagu Baane’ land and the holders of ‘Baane’ lands enjoy certain privileges to extract green leaf and timber, etc., for better cultivation. However, the cultivators had no proprietary rights over the ‘Baane’ land as it belongs to the government.

“This has been upheld in various court judgements. Trees standing on the ‘Baane’ land belong to the Government. However, as per the custom in Kodagu, ‘Baane’ land holders have an exclusive right to use the trees in ‘Baane’ for their own requirements free of charge, except sandalwood, which is a Government monopoly,” the Report stated.

When the area was ruled by kings and the British till the promulgation of Coorg Land and Revenue Regulation, 1899, ‘Baane’ land was alienated or diverted for other purposes such as cultivation and such lands were brought to land revenue assessment. There were no rules of forfeiting such lands to the Government, the Report mentioned.

The audit team has stated that except the ‘Baane’ land alienated prior to the implementation of Karnataka Land Revenue Act, all other ‘Baane’ lands, whether revenue is fixed or not, belong to the government. Cultivators or holders of ‘Jamma Baane’ or ‘Sagu Baane’ have no rights on such land. They can only utilise such land but cannot own them, the audit team has said.

Only land held for agriculture is eligible for ‘change of land use’. As per Section 95(1) of the Karnataka Land Revenue Act, if any occupant of agriculture land wishes to divert such land to any other purpose, he can apply for permission to the DC. However, coffee plantations and wet lands are not eligible for conversion.

However, on a scrutiny of conversion files, the audit team observed that the DC had accorded permission for conversion of coffee plantation land, wet land (Jamma and Sagu land) and ‘Baane’ land (Jamma Baane and Sagu Baane) which were the property of the Government in violation of provision of the Karnataka Land Revenue Act.

Reacting on the issue, Virajpet MLA K.G. Bopaiah has expressed displeasure on the observations of the audit team. “The observations of the team regarding Jamma Baane and Sagu Baane are incorrect. Revenue officers who have absolutely no knowledge about revenue lands in Kodagu are creating unnecessary confusion and are putting the people into a lot of hardship,” he said.

“When the BJP was in power in Karnataka, it had brought amendments to Karnataka Land Revenue Act. Despite amendments, certain Revenue Department officials are refusing to toe the line and are harassing land owners in Kodagu. We will have to fight this injustice,” Bopaiah said.