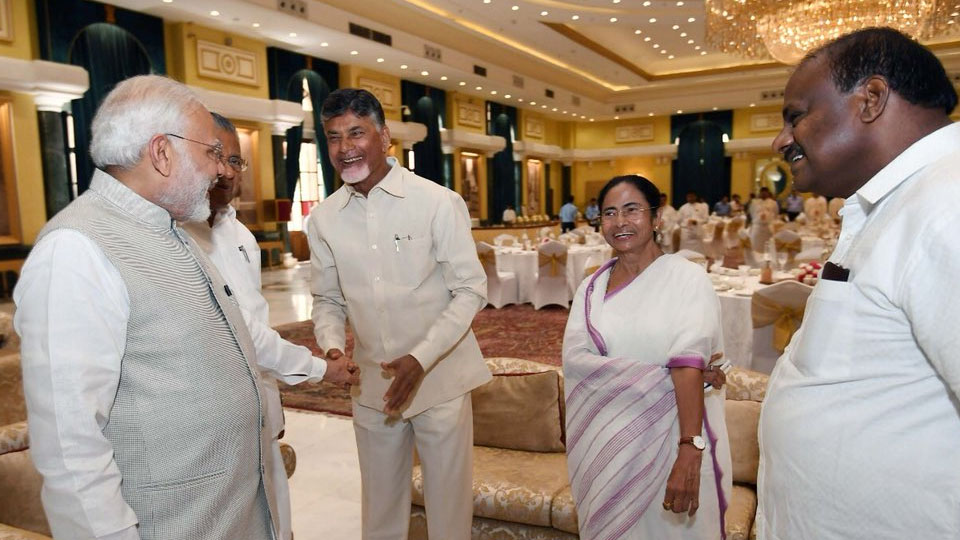 In his opening address at the NITI Aayog meet, Modi said Chief Ministers of States have played a key role in policy formulation, through sub-groups and committees on issues such as Swachh Bharat Mission, Digital Transactions and Skill Development.

The day-long fourth meeting of the Governing Council of NITI Aayog is being attended by Chief Ministers, Union Ministers and top bureaucrats. It is meant to discuss crucial policy matters and the centre’s flagship schemes.

Today’s meeting is also expected to see Andhra Pradesh Chief Minister N. Chandrababu Naidu raise the issue of the Centre’s refusal to grant ‘special category status’ to his State. This will be the first time Naidu will come face-to-face with the Prime Minister after his Telugu Desam Party (TDP) pulled out of the BJP-led National Democratic Alliance in March over the special status issue.

Karnataka CM Kumaraswamy, whose swearing-in ceremony last month had turned into a show of opposition unity, said that he has sought an appointment with the Prime Minister today to discuss the recently formed Cauvery Water Management Authority (CMA).

At today’s meeting, the issues to be discussed include measures taken to double farmers’ income and the progress in flagship schemes. The development agenda for ‘New India 2022’ is also expected to be approved in the meeting, according to an official statement.