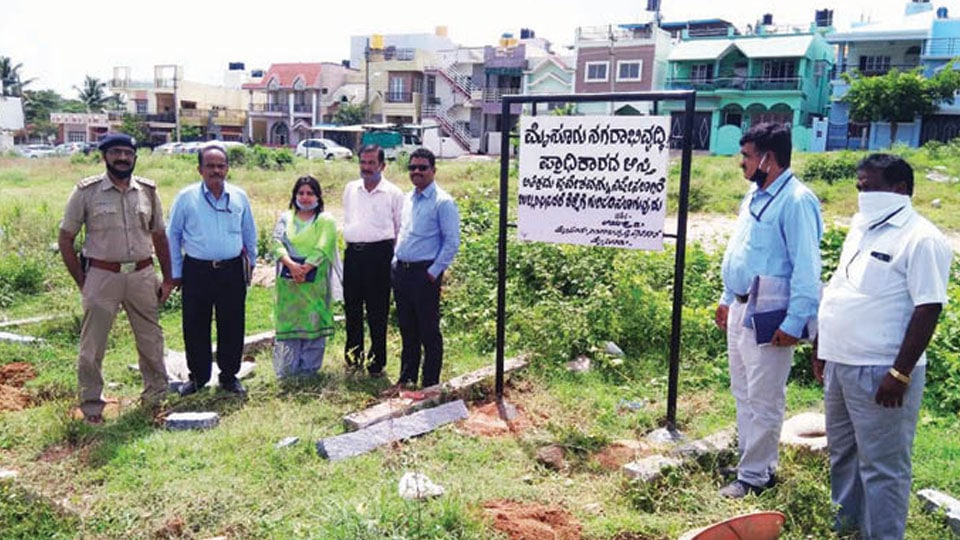 Mysore/Mysuru: In a fresh operation against encroachment of its lands, the MUDA (Mysuru Urban Development Authority) on Tuesday reclaimed 14 residential sites that were found encroached  by a man in Devanur Second Stage.

One Syed Haseeb had encroached 14 residential sites (Site Nos.1030 to 1043) at Devanur Layout Second Stage that was formed in the land coming under Survey Nos.166/1,166/2 and 164 of Devanur village. The MUDA had acquired the land coming under these Survey Numbers and had also paid compensation to the landowners in March 1988. But on coming to know that a person had encroached upon the 14 sites of the layout, the MUDA officials swung into action and reclaimed the encroached residential sites, which are now valued at about Rs.10 crore in total. Soon after reclaiming the sites, the MUDA officials secured them by erecting iron-wire fencing all around them and also installed boards indicating that the sites are MUDA properties.