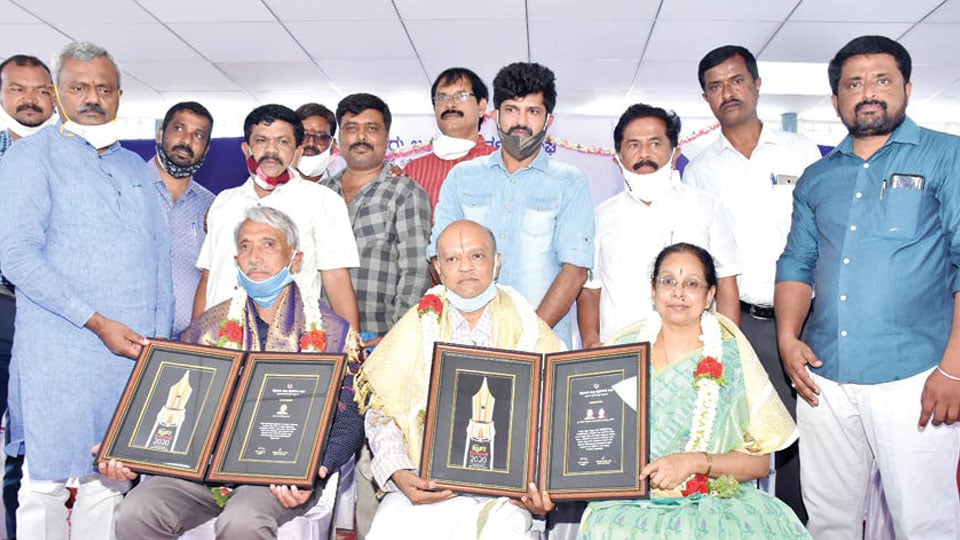 Mysore/Mysuru: District Minister S.T. Somashekar has assured Mysuru District Journalists Association (MUDA) of making efforts for allotment of a site and building to it at an appropriate place. He was speaking after conferring awards to three senior journalists at the Press Day celebrations organised at Pathrakartara Bhavan in city yesterday.

Stating that MP Pratap Simha, who was also a journalist earlier, has appealed for a site to MDJA, Somashekar said that he would discuss the issue with the officials concerned on finding a suitable plot. Noting that  Pratap Simha as a journalist earlier used to alert the society through his sharp writings, the Minister said that now as an MP, Simha is working towards ensuring implementation of Government schemes and projects in his Lok Sabha constituency.

Somashekar complimented the Media for guiding the Government on the right path.

MP Pratap Simha, in his address, said that the journalist in him is critically analysing him in his functioning as a politician.

Pointing out that journalists expose the rights and wrongs of the society, he said that, however, it is regretful to note that journalists themselves are leading an insecure life. He appealed the Minister to identify senior journalists and extend them facilities.