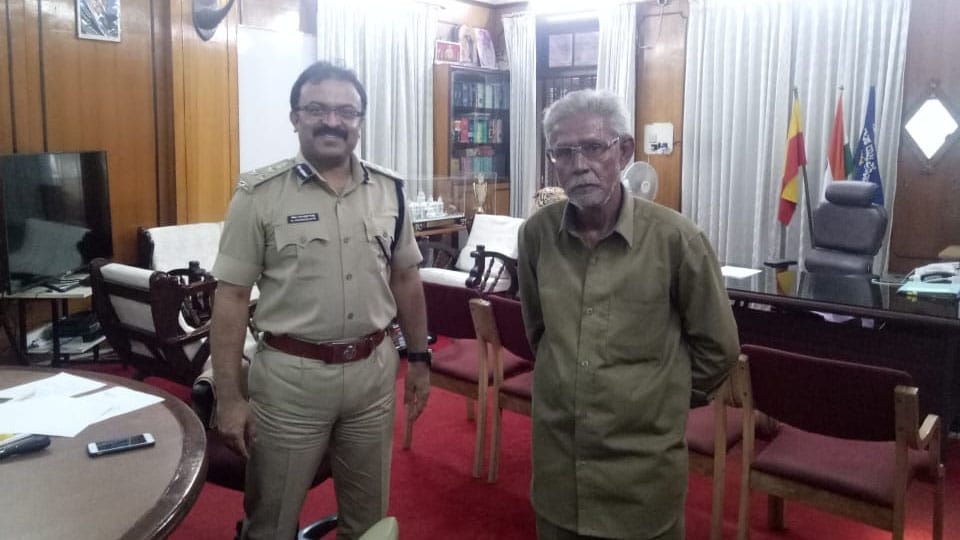 Mysore/Mysuru: Abdul Samath, an autorickshaw driver, has won the heart of the city Top Cop after he handed over an iPhone, which was left behind by a passenger, to the Police.

On Tuesday evening, Abdul dropped a customer to his destination and while returning, he noticed an iPhone in the auto.

He immediately went to City Police Commissioner’s Office in Nazarbad and handed over the iPhone to the Police personnel there. Appreciating his honesty, City Top Cop Dr. Chandragupta has lauded Abdul.

When contacted, the Police said that so far no one has come asking for the iPhone and even the contacts in the phone cannot be accessed as it is locked.