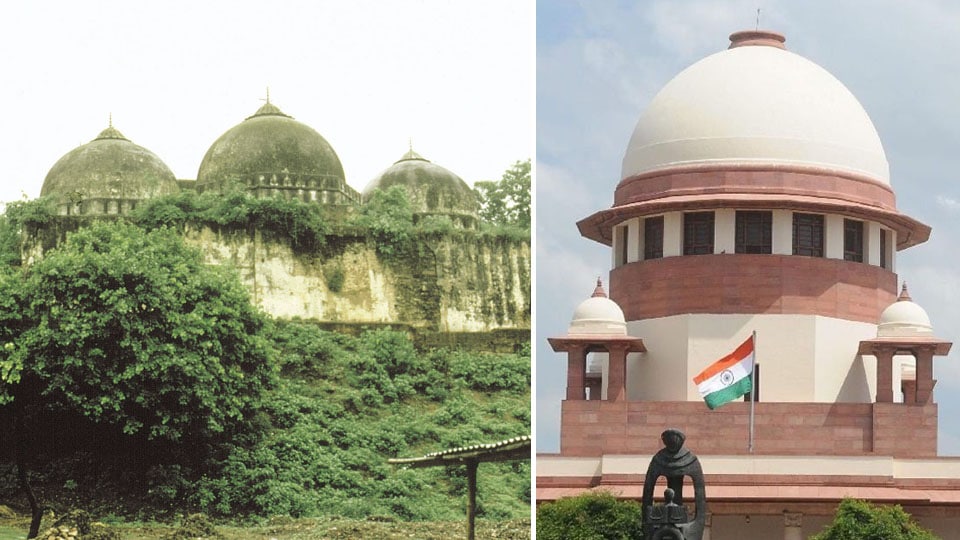 New Delhi:  The Supreme Court by 2:1 majority has decided this afternoon that a Three-Judge Bench would soon begin hearing in the Ayodhya land dispute, pending in the top court for last seven years.

The Court declined plea to refer the Ismail Farooqui case (Mosque not essential for Namaz) to the larger Bench. Thus, Ayodhya dispute will be heard by a Three-Judge Bench from the week starting from Oct. 29.

The SC delivered the crucial verdict on the matter that could impact whether a temple will be built at Ayodhya or not. The Bench, headed by Chief Justice Dipak Misra, decided whether the Ismail Farooqui judgement in which it was said that mosque is not an integral part of Islam will go to a larger Constitution Bench or not.