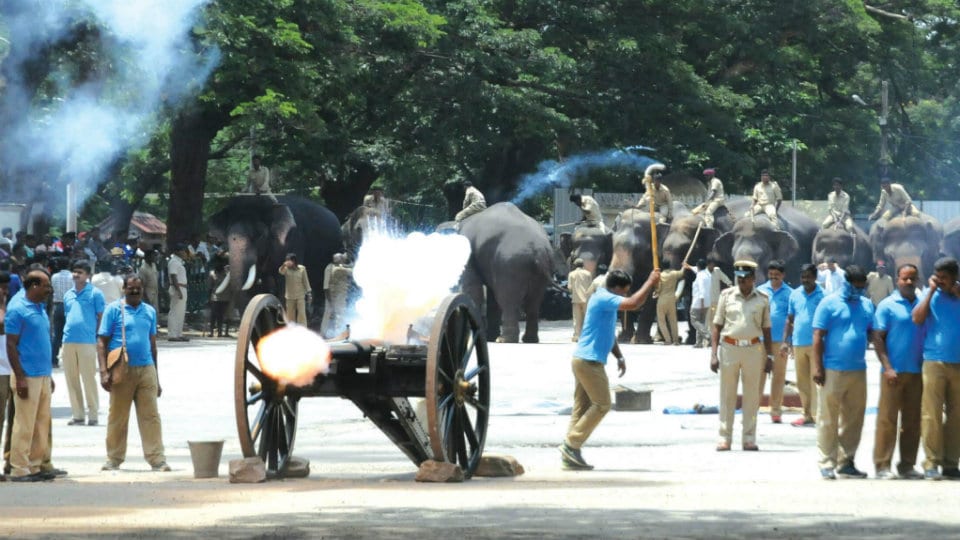 Mysuru:  The ‘Cannon Squad,’ comprising 30 Policemen from City Armed Reserve (CAR) this morning conducted cannon firing test for Dasara Jumbos to acclimatise the elephants and horses to the bombarding sound.

The Squad was led by CAR DCP B.V. Kittur, ACP Suresh and ASIs Nagaraj and Kumar.

All 12 Dasara elephants and 12 horses were brought to the parking space near Kote Maramma Temple where the cannons were fired. While nine elephants stood still, Prashantha, Chaitra and Drona were frightened. 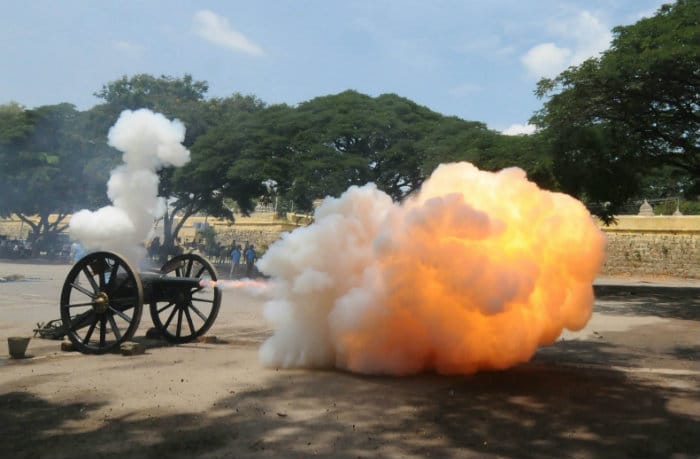 Forest officials had to tie Prashantha to a tree like they had done last year as he was scared the most. Dhananjaya, though a débutante this year, stood with other elephants, unfazed.

A total of six rounds with 18 shots were fired using three cannons. Usually 2.5 kg gunpowder is used to fire a single shot but today only one kg was used. This would be increased during two more rounds. Keeping in mind the heritage structures around the place, the sound waves were limited to 50 mts. One fire extinguisher vehicle, one ambulance, two mobile water tankers and three cranes were stationed at the venue.