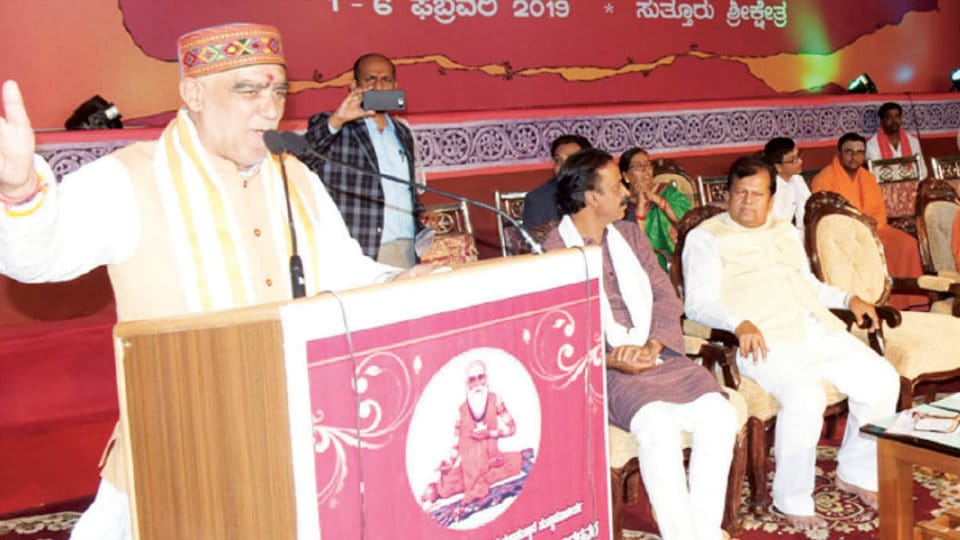 Ayushman Bharat is a game-changer in healthcare, says Union Minister

Mysuru: Union Minister of State for Health and Family Welfare Ashwini Kumar Choubey said that about 1.5 lakh people have benefited from the ambitious Ayushman Bharat healthcare scheme within the first month of its launch. “The whole world has appreciated the scheme of Narendra Modi Government,” he said.

Nearly 1.5 lakh health and wellness centres will be set up across the country under the Ayushman Bharat scheme, benefiting about 550 million people, the Minister said. He was speaking at the annual Suttur Jathra at Srikshetra Suttur in Nanjangud on Sunday after inaugurating painting and kite flying competition and also cattle fair.

“Ayushman Bharat is a blessing for India and it is a one-of-a-kind programme which plans to ensure that 10.5 crore families making up more than 50 crore people are covered under the Ayushman Bharat,” he said. Lakhs of people have been benefited so far, he added. More than 10 crore identified families, covering more than 50 crore, are entitled to benefit under this mission, he said.

The scheme will provide cashless and paperless access to services for the beneficiary at both public and private empanelled hospitals across the country.  There will be no capping on family size. This will ensure that all members of designated families, specifically girl child and senior citizens, get maximum coverage.

“Health is a sensitive subject. The schemes have to be implemented swiftly so that every citizen in the country is covered. We have to be very careful so far as the skill is concerned and we have to see how skill can be improved in healthcare,” he said and added that Jan Aushadh centres opened across the nation has proved a success.

The Minister recalled the contribution of former Union Minister late H.N. Ananth Kumar in bringing affordable medicines to the poor through Jan Aushadh stores. He complimented the Prime Minster for announcing an exclusive scheme to protect cows through his Government’s last Budget and sanctioning Rs.10,000 crore for the same.

Krishnaraja MLA S.A. Ramdas said that Suttur Mutt had inspired the Union Government to reserve money for cow welfare. Suttur Mutt is doing good work in protecting cows since many years along with doing exemplary work in social service, healthcare and education, he added.