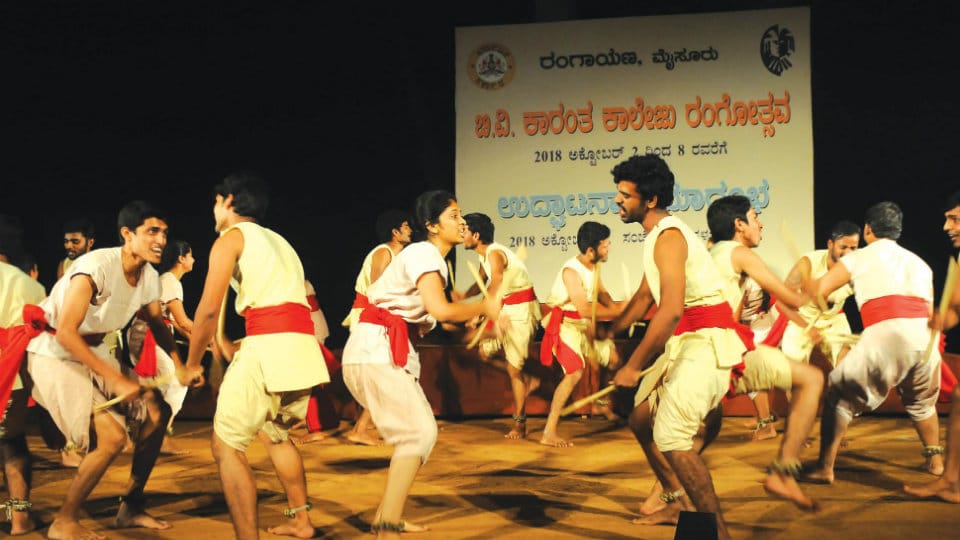 The Theatre Festival (B.V. Karanth College Rangothsava and Navarathri Rangothsava) will be held till Oct.18 and various troupes will stage plays everyday at 7 pm.

Highlighting the significance of theatre medium, Dharanidevi Malagatti said that theatre is an alternative media of powerful expression to communicate to society and people. It brings intellectual challenges for its viewers. Theatre is an amalgamation of art, literature, music, dance, song, sound, voice, lighting, costumes and design.

She said as many as 276 talented students of theatre from 17 Colleges are taking part in the Theatre Festival this year. “The College Rangothsava is one of the best platforms for students to exhibit their talents. Learning shouldn’t confine to four walls of a room. Students must give top priority for exhibition of their hidden talent,” she added.

She said noted Theatre personality B.V. Karanath was born on Sept.1, 1929 at Manchi village Babukodi at Dakshina Kannada district. His parents were Naryanappaiah and Lakshmamma. He left his village after passing out seventh standard from Kukkaje. Karanth had earned reputation at national and international circles when he returned to his village. Dharanidevi said she too hailed from Karanth’s village.  She said, B.V. Karanath had contributed a lot for growth of Rangayana in Mysuru. Students should learn from the achievements of this great theatre personality. 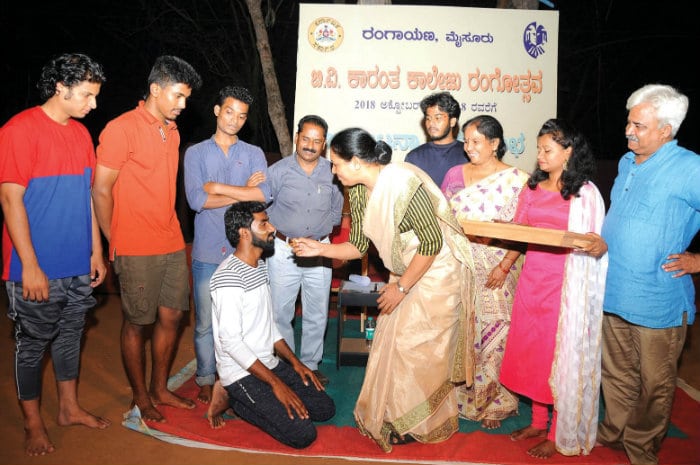 The protesters said that the artistes had struggled for over thirty years for developing the field of theatre and added that the logo was launched by late B.V. Karanth. They regretted that the iron rods used to support the logo has been removed to reuse elsewhere, a foolish decision indeed. They urged for immediate restoration of the logo failing which the artistes would be forced to intensify the protest. 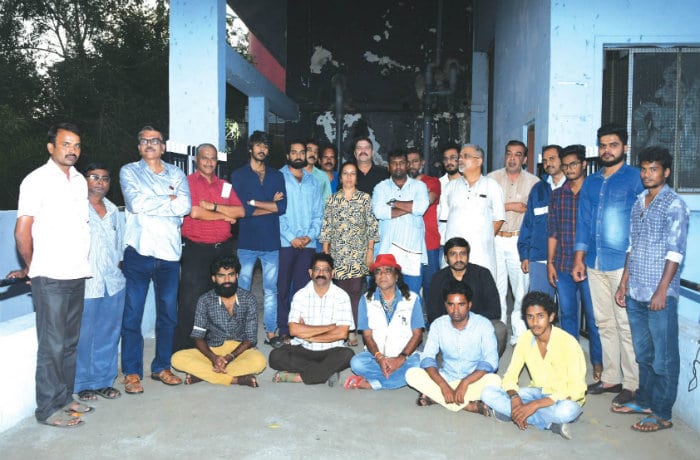 Director clarifies: Rangayana Director Bhagirathi Bai Kadam has clarified that the logo made of wood was mounted on iron rods which had rusted and was on the verge of collapse. She added that the logo was put up at a place where children move around more and fearing danger it was removed.

The Director further said that the support iron rods of the logo was being used temporarily for the sign board of College Rangothsava. She assured to get the logo restored in its original form soon.