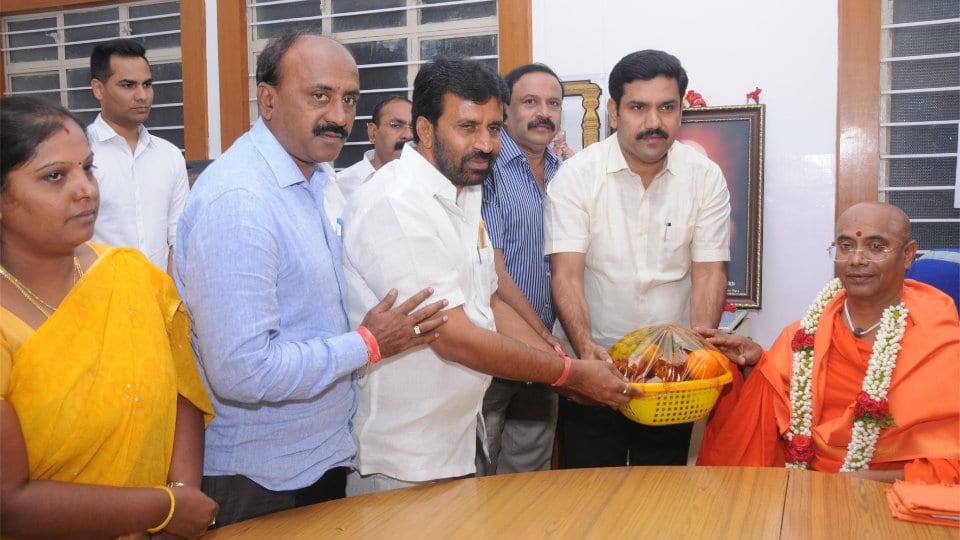 Speaking to press persons after meeting the Seer, Vijayendra said that he has been getting good response wherever he visited in Varuna Constituency.

“Such is the warm response that I am getting in Varuna, that I have begun to wonder whether I am in my home-town Shikaripura or Varuna” he said.

Stating that many senior leaders had called to bless him, Vijayendra when questioned about Congress probable candidate Dr. Yathindra Siddharamaiah’s meeting with Revanasiddaiah, Vijayendra said that the former IPS officer is a senior leader and as such any political leader meeting him to seek his advice, was natural. He further said that as Revanasiddaiah is still with the Congress, his (Vijayendra) meeting with the former top cop may have caused embarrassment to some Congress leaders and workers. Stating that he had taken a house on rent in Varuna, Vijayendra said that he has decided to stay at this home and launch campaign to ensure victory of BJP candidate in Varuna, even if he was not given ticket.