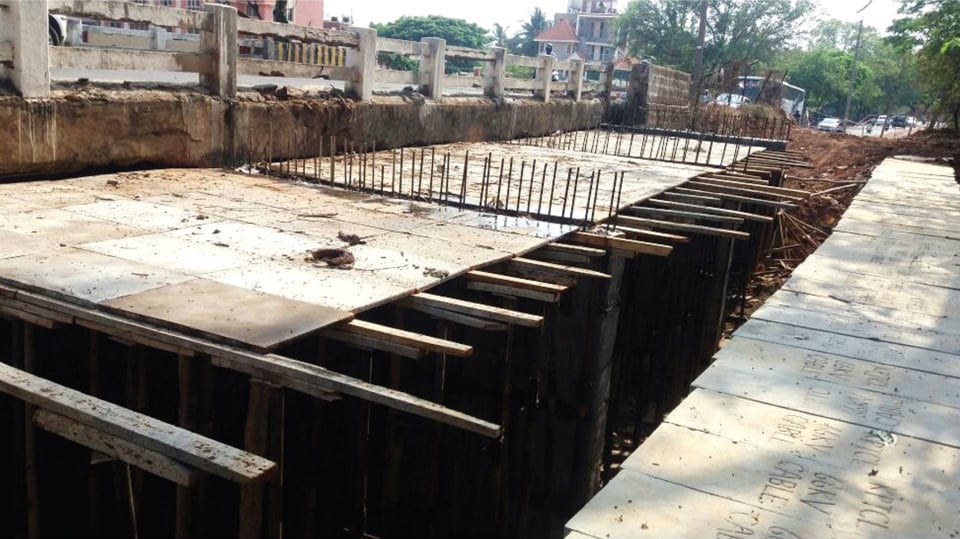 Mysuru: The Mysuru City Corporation (MCC) officials’ negligence and irresponsibility is very evident in the shoddy work of the widening of Bogadi Road.  In a haste to complete development works as the elections are fast approaching, the tax-payers’ money is being wasted.

The work on selected places on Bogadi Road leading up to the Ring Road coming under MCC Zone-4 limits in Ward 23 is going on at an estimated cost of Rs.8 crore.

The MCC has taken up the work under the State Finance Commission’s special grant of Rs.50 crore. The tender for widening the bridge near Manasagangothri Main entrance has been bagged by P.K. Krishnaraju.

The MCC officials who visited the spot have found technical flaws in the widening of the bridge and they have suggested the rebuilding of the pier wall.  They have also recommended in their note on Feb.5 that the Assistant Engineer M.B. Nandish, who was in-charge of the supervision of the work has to be changed. 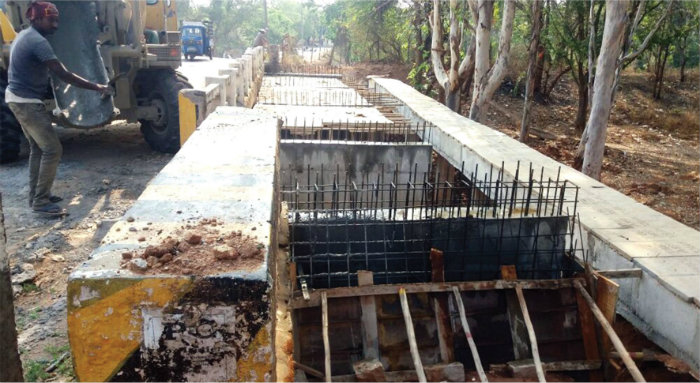 The third stage of the pier wall construction on the bridge has been completed and the work is very shoddy as the alignment is not correct. A technical fault has been noticed during inspection and hence the pier wall has to be demolished and rebuild in the interest of safety of the people, said MCC Assistant Commissioner (Development) in his report. It is noticed that the Assistant Engineer M.B. Nandish who had to supervise the work daily has neglected his responsibilities. Even during the pouring of the concrete his absence has come to light, he has stated in his report.

Hence disciplinary action has to be taken against Nandish and he has to be kept under suspension, said the Assistant Commissioner. However, in spite of the report on the technical flaws noted and recommending the rebuilding of the pier on the bridge, the pier has not been demolished and instead the work is continuing, said the sources in the Corporation.

This shows that the negligent attitude of the officials is continuing in spite of the change of the Assistant Engineer who was in charge earlier, noted the source.